The Big Four of the Japanese motorcycle industry (Yamaha, Kawasaki, Suzuki, and Honda) are engaged in a bitter struggle for technological supremacy . The majority has chosen to produce mass-market: Yamaha offers the FZR1000, Kawasaki has its ZX-7RR and Suzuki-with models like the RGV250 -markets replicas of its Grand Prix racers. 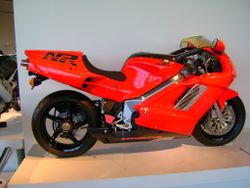 Honda, on the other hand, has chosen a different route by opting for more realistic mass-market models while building its high technology superbikes in homologated limited editions. After the fabulous RC30, a 750cc replica of its victorious endurance racers, the latest in this vein is the NR750, the most advanced superbike ever built. 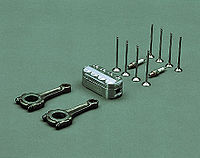 Its story started back in 1979 when Honda returned to Grand Prix racing with a four-stroke bike. That original NR was a failure, despite Honda's determination to make it work, and it was replaced by a two-stroke racer. The idea of a V4 with oval pistons was conceived by the brilliant engineer S. Irimajiri, who had earlier created the 1966 RC166 250cc GP racer and the 1978 CBX1000 production six-cylinder. Irimajiri returned to the idea in 1990 with the NR750,the ultimate V4. It combined Honda's most advanced technology with the wide use of exotic materials.

In 1992 Honda produced around 300 street versions of a 750cc model, the NR (often mistakenly referred to as the NR750), with a 90-degree V angle, the bike became the most expensive production bike at the time when it was selling for $50,000 and with the rarity, they nowadays rarely change hands. 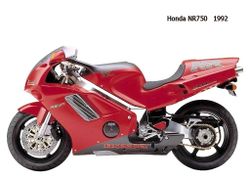 The engine was a liquid cooled v4, four-stroke. A 101.2mm bore x 42.0mm stroke result in a displacement of just 748.0 cubic centimeters. Fuel was supplied via a double overhead cams/twin cam (dohc).

The bike has a 6-speed transmission. Power was moderated via the Multidisc in oil bath.

It came with a 130/70-16 front tire and a 180/55-17 rear tire. Stopping was achieved via dual disc in the front and a single disc in the rear. The front suspension was a Inverted fork while the rear was equipped with a Monoshock absorber. The NR750 was fitted with a 4.49 Gallon (17.00 Liters) fuel tank.

The Honda NR 750 it is a Sport/Super Sport bike and it is equiped with a V-four oval cylinder. 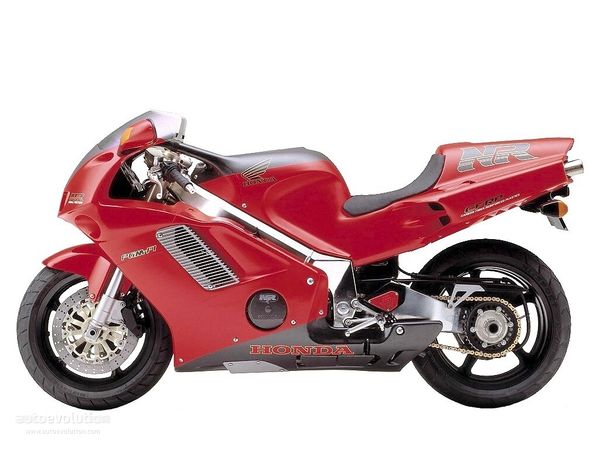 The 750NR (New Road) is a sporty bike presented at the Geneva auto show in 1991. The bike uses fuel injection and is capable of producing 130 HP at 14.000rpm. This engine is mounted on a rigid twin-spar frame which rides on 16 inch front & 17 inch rear cast magnesium wheels. The production lasted till 1994 and at that time, only 322 units were manufactured.