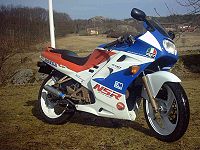 Built by Honda Italy and only available in that country, the NSR 125 is unusual in using many Italian components such as carburetor, shocks, and brakes. Small capacity bikes are very popular in Europe, and the NSR was the best seller in 1990. 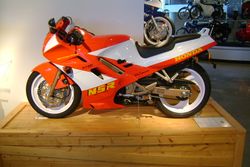 The engine was a liquid cooled Liquid cooled, single cylinder, 2 strokes. A 55.9mm bore x 55.9mm stroke result in a displacement of just 124.0 cubic centimeters. Fuel was supplied via a membrane & power valve.

The bike has a 6 Speed transmission. Power was moderated via the wet plate.

The NSR 125 R, a sport motorcycle designed by Honda between 1989 and 1995, was equipped by the Japanese manufacturer with a two stroke engine and a displacement of 124cc developing 28 horsepower at 10000rpm. 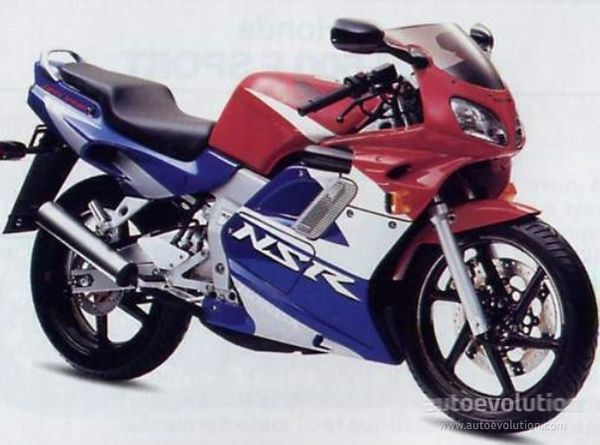 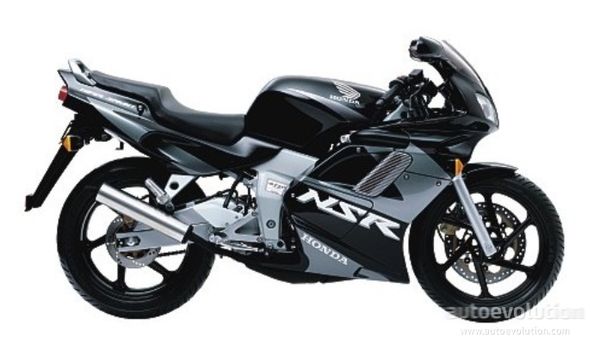 Released in 2003, the NSR 125 R is a Honda sport motorcycle equipped with a two stroke engine with a displacement of 124cc developing 15 horsepower at 9500rpm.