Drawing from a longstanding legacy of innovation within Honda's V-4 lineup, the 2010 VFR1200F embodies the new generation of V-4 technology and unsurpassed rider benefits, setting the stage for Honda's next 50 years. Honda's V-4 heritage and VFR tradition is fully realized in the VFR1200F. It has been re-created in astonishingly innovative form through the fusion of advanced technology imported from the MotoGP world and other cutting-edge environments. Net result: a futuristic sport motorcycle created for the sheer joy of riding, custom tailored for experienced hands who ride hard, ride long, ride far and ride often.

The engine was a liquid cooled v4, four-stroke. A 81.0mm bore x 60.0mm stroke result in a displacement of just 1237.0 cubic centimeters. Fuel was supplied via a single overhead cams (sohc).

It came with a 110/80-r19 front tire and a 150/70-r17 rear tire. Stopping was achieved via double disc. combined abs in the front and a single disc. combined abs in the rear. The front suspension was a 43mm inverted telescopic forks with hydraulic damping, preload and rebound damping adjustment while the rear was equipped with a pro-link with gas-charged damper, preload and stepless rebound damping adjustment. The VFR1200X was fitted with a 5.68 Gallon (21.50 Liters) fuel tank. The bike weighed just 588.63 pounds (267.0 Kg). The wheelbase was 62.8 inches (1595 mm) long. 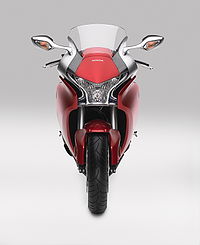 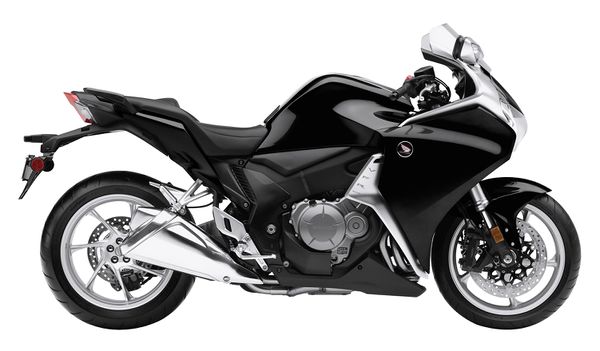 Packed with a lot of race track-derived technologies, the 2012 VFR1200F is one of the perfect recipes when it comes to blending touring comfort and the sporty nature of a bike engineered for consistent performance. The muscular V4 engine is mated to a 6-speed manual transmission, and equipped with advanced Traction Control, ride-by-wire and combined ABS, this bike is ready to provide the riders with bot sheer two-wheeled joy while being also safer than other machines while at it. 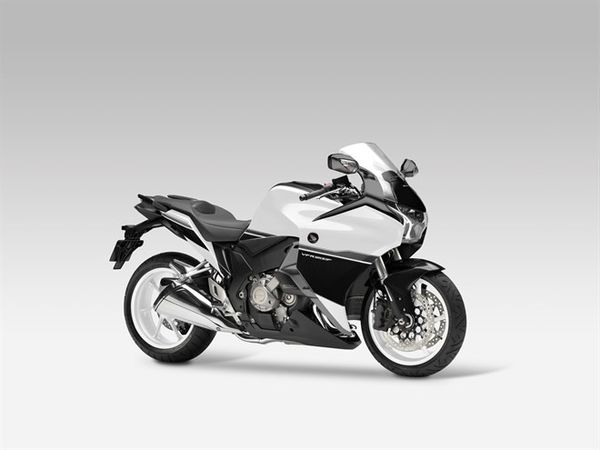 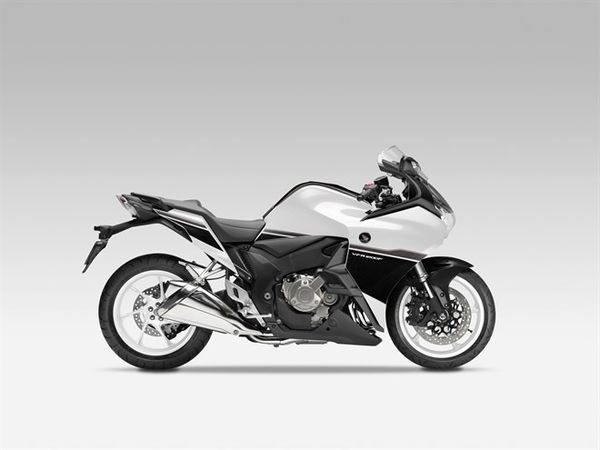 For 2015 a new white color scheme has been added and the optional Dual Clutch Transmission was improved, with new functionalities. To enhance the touring potential of the VFR1200F, the rear is equipped with integrated luggage mounts. These mounting points are unobtrusively cast into the injection moulded under-seat area and pillion footrest mounts

And the new VFR1200X is loaded with features too—the most important being its 1237cc V4 engine and choice of six-speed transmissions. Best of all, we’re offering a ton of accessories, so you can fine-tune it to how you want to ride.

The new VFR1200X also known as the CrossTourer in many parts of the world is making its return for 2017 to the Honda Adventure Sport Touring Motorcycle model lineup. For 2017 Honda has 2 options vailable on the VFR1200X: Manual Transmission and DCT Automatic Transmission. The V4 engine in the 2017 VFR1200X has a horsepower rating that comes in at a respectable 127 HP at 7,750 RPM and 93 lb-ft torque at 6,500 RPM.