The Husqvarna SM 450 RR was a liquid cooled, four stroke, single cylinder, DOHC, 4 valves per cylinder Supermotard motorcycle produced by Husqvarna between 2009 and 2010. 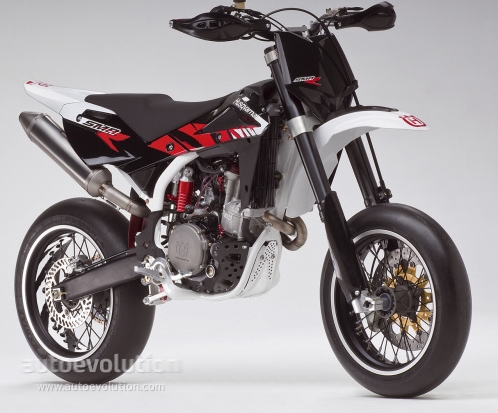 The 2009 MY Husqvarna SM 450 RR has been designed to commemorate the two world titles obtained by the Swedish brand in the Supermoto World Championships. At its heart lies a liquid-cooled, four-stroke, 449cc, single cylinder powerplant paired to a six-speed manual transmission. In addition, all its components are derived from the award-winning Huskeys, used in official races in the previous years, such as the STM slipper clutch and Alpina tubeless STS rims. 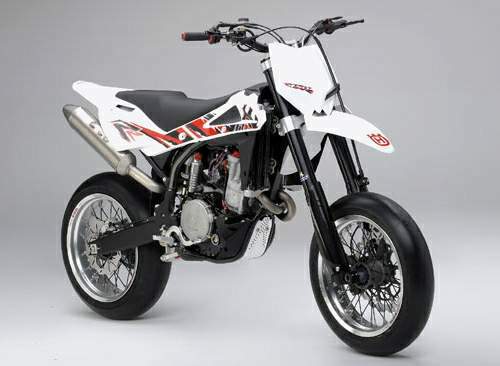 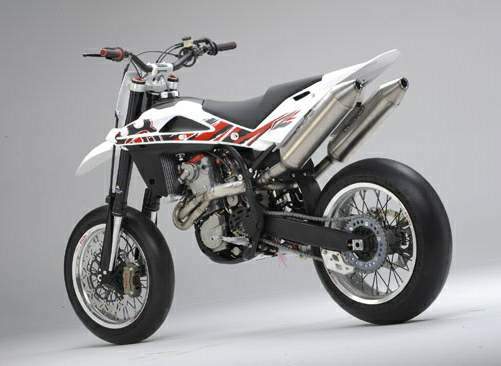 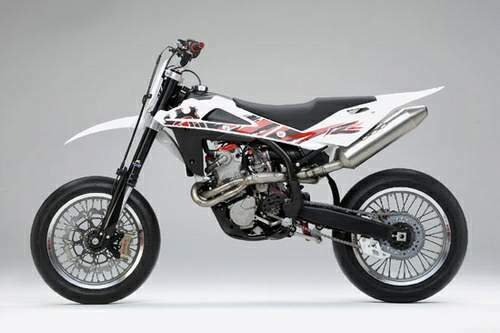 To celebrate two world titles won in the 2008 Supermoto World Championships, the Swedish engineers from Husqvarna have decided to launch a limited-edition, race-inspired machine, in the embodiment of the 2010 MY SM 450 RR. This machine comes standard with race-derived technologies and parts, such as the special livery, a special saddle, an STM Slipper clutch, an electric starter, a 41mm Keihin carburetor, and an Arrow titanium exhaust system and heat shield.