The engine was a air cooled single cylinder, two-stroke. A 41.0mm bore x 37.4mm stroke result in a displacement of just 49.0 cubic centimeters. Fuel was supplied via a overhead cams (ohc).

The bike has a automatic transmission. Power was moderated via the centrifugal automatic clutch. 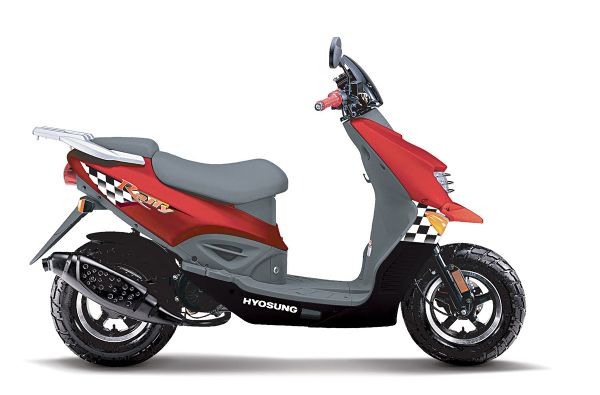 The 2010 MY Hyosung SF50R Rally has, at its heart, an air-cooled, two-stroke, 49cc, single cylinder lump paired to a continuously variable transmission, that can produce 5 horsepower and 4 Nm of torque. Unlike its SF50B sibling, this machine has a more youthful, race-inspired visual appearance, with race decals and bold colors, and is sure to fit the taste of the more adventurous and young among riders. It comes standard with a dual seat, passenger grab rails, a front disc brake, and an under-storage compartment. 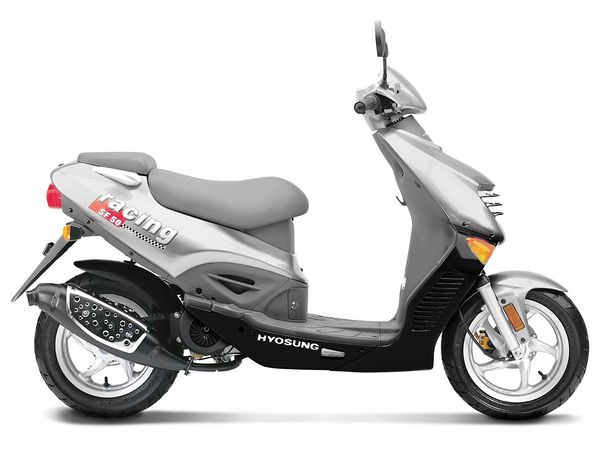 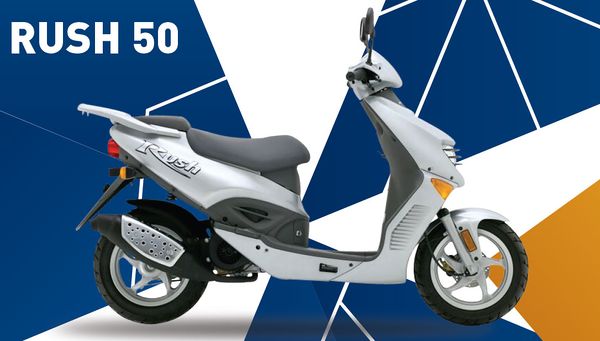 The 2011 MY Hyosung SF50B sports an air-cooled, two-stroke, 49cc, single cylinder lump paired to a continuously variable transmission, and can produce 5 horsepower and 4 Nm of torque. This agile scooter is suitable for one's daily commute inside the concrete jungle, being easy-to-park, fuel-efficient and capable of tackling narrow alleyways. It comes standard with passenger pegs, a two-up seat, passenger grab rails, an under-seat storage compartment and 12" wheels.