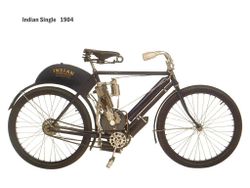 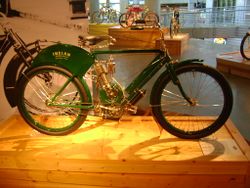 This 1905 model was called a camelback, due to the shape and location of the gas tank. These motorcycles were extremely well constructed and often over engineered. Colors available in '05 were Indian red, blue, black, and green. These early Indians were really the first motorcycles to be mass produced in large numbers. 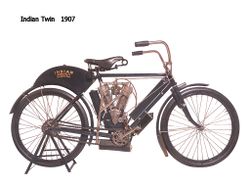 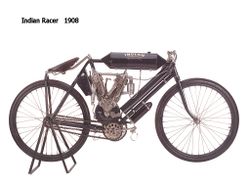 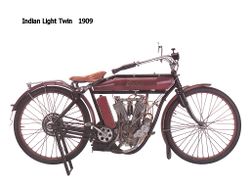 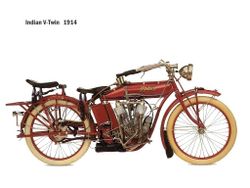 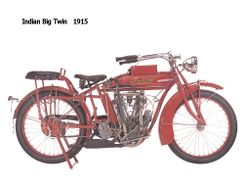 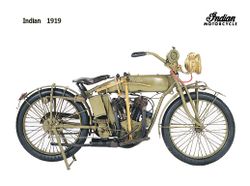 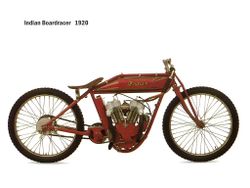 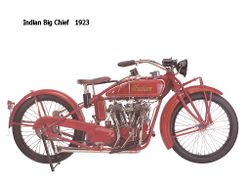 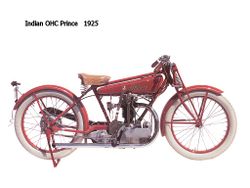 Indian was a leader in early motorcycle design, registering many patents on components still used today.

The Indian VIN List is an attempt to help people identify the make and model of their Indian - it will cover all models, all manufacturers.

The "Indian" brand has been held by no less than eight companies since 1901. Although most people think of the Springfield Indian motorcycles built between 1901 and 1953 when someone says "Indian" (namely, the Indian Chief and Indian Scout), many forms of vehicle have been placed under the "Indian" brand - including Go-Karts, mopeds, and dirt bikes!

Californian Sammy Pierce custom assembled "Indians" using factory Indian components but with custom frames. Only about 50 were ever made, and most of these have been re-cannibalized for restoration work on pre 1953 Indians.

Floyd Clymer imported mini cycles and larger models (few were sold, and were mixtures of various brands of engines/frames/etc).

Greatest success since the original Indian company, minicycle and lightweight maker/importer. Aspired to bigger cycles but never to be. Company went into bankruptcy Jan 1977.

DeLeone/Derbi bought the moped line and name, sold off the moped supply, and relabeled Manco go-carts as new 4-stroke Indians.