One could say that the Indian fours were the Cadillac of motorcycles as they were smooth and flexible, equally at home trickling through traffic or cruising down the highway. At 77 cu. in. they were one of the largest capacity motorcycles on the market. These features made them very popular with law enforcement agencies of the time. 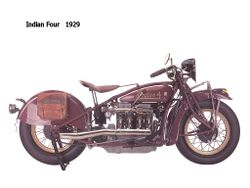 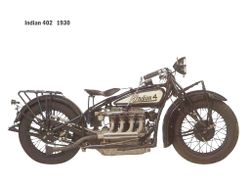 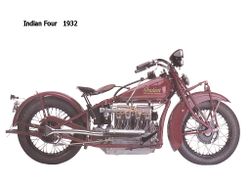 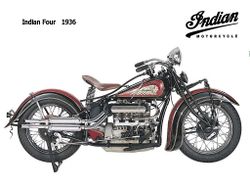 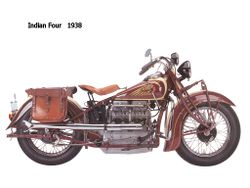 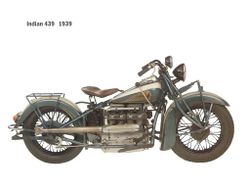 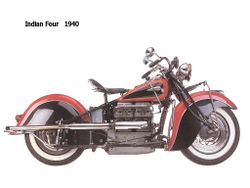 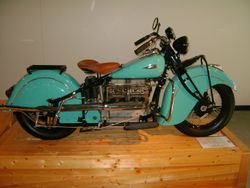 The bike has a 3-speed transmission.

Stopping was achieved via drum in the front and a drum in the rear. The front suspension was a leaf-spring fork while the rear was equipped with a hardtail. The Four was fitted with a 1.06 Gallon (4.00 Liters) fuel tank. 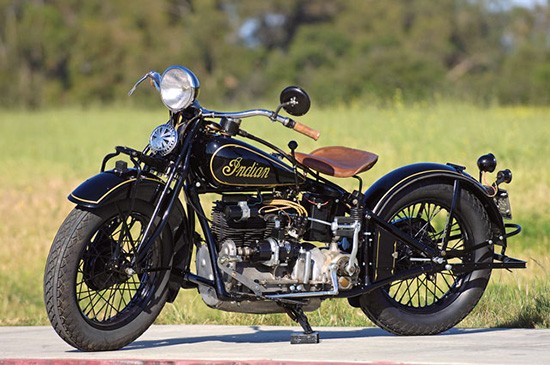 The 1933 Indian Four was one of the most powerful two-wheelers of its time, as well as one of the most expensive ones. It boasted an estimate 30 horsepower from its air-cooled, in-line four cylinder powerhouse, and could reach a top speed of 75 mph. Also, it came with a solo seat, laced wheels, rider floorboards, a hardtail rear suspension, and a large, 4.6-gallon fuel tank. 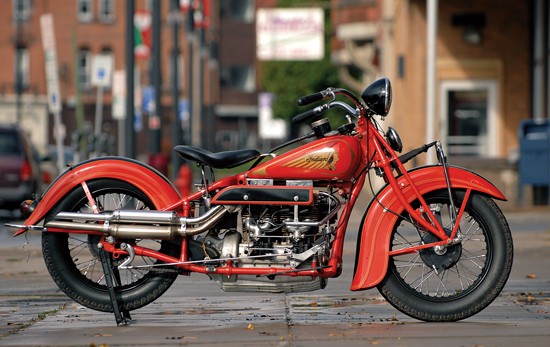 The 1937 Indian Four was one of the first four-cylinder two-wheelers ever to be produced. This machine is one of the predecessor of the modern-day, big-bore touring motorcycles, and was one of the most comfortable and long-haul oriented machines of its time. It came standard with a hardtail rear suspension, laced wheels, a dual exhaust system, pull-back handlebars and a single seat. Also, this was the first year when Indian introduced a new engine, an upside-down four-cylinder one, that produced a claimed 35 horsepower at 3600 rpm.