Power was moderated via the Wet multi-plate w/ assist-and-slip. 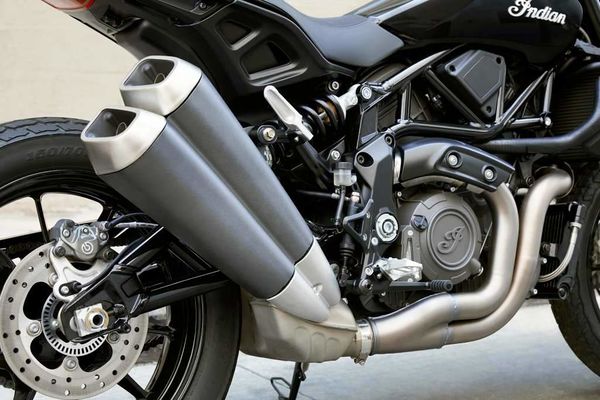 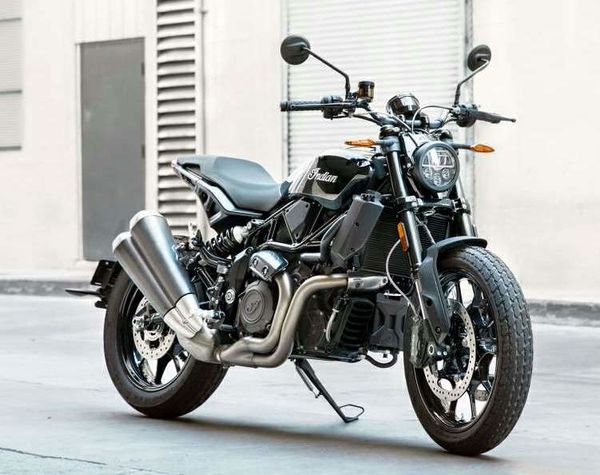 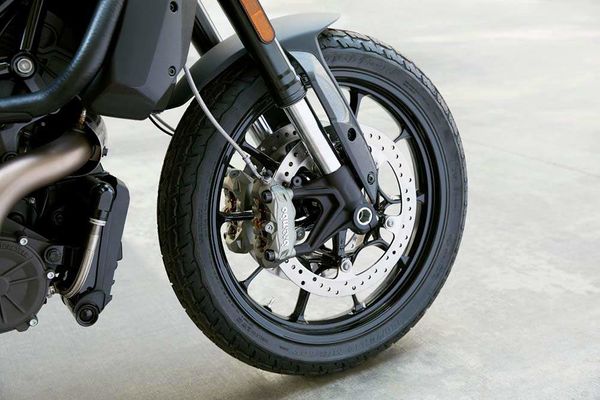 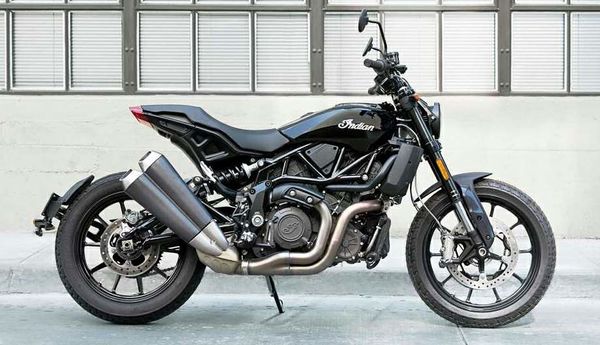 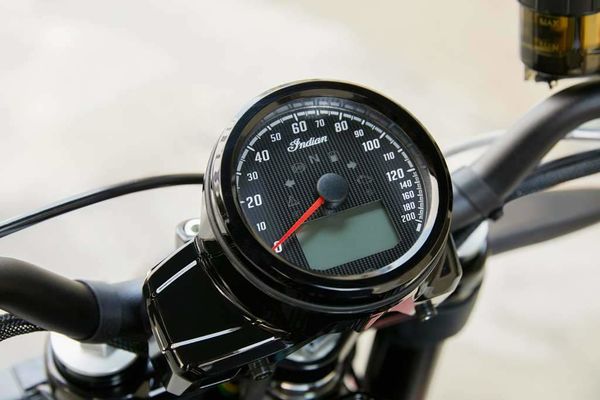 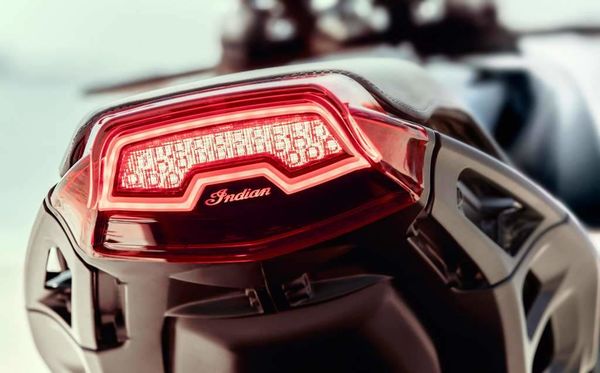 Inspired by Indian Motorcycles storied history and success in flat track racing, the FTR 1200 and FTR 1200 S take design and styling cues from the championship-winning FTR750 race bike that has dominated American Flat Track since it was introduced in 2016. It also takes styling inspiration from the FTR1200 Custom, unveiled a year ago as an exploration of what a flat track-inspired street bike could be.  The platform delivers an American motorcycle with true flat tracker style and the performance to back it up.

The FTR 1200 combines race inspired design and nimble handling with an upright riding position to create a commanding riding experience. A new 1203cc V-Twin engine with approximately 120 horsepower makes sure every rider feels like a pro when they twist the throttle. The new platform is a key component in the companys broader mission to expand its global appeal and reach new riders.

Our vision from the beginning was to be more than a traditional American V-twin brand. We continually seek to broaden Indian Motorcycles reach to a wider range of riders, and FTR 1200 represents a significant step forward in that strategy, said Steve Menneto, President, Indian Motorcycle. Indian Motorcycle was founded on performance and innovation, and we remain grounded by our founders mindset of constantly pushing forward. In light of that history, the FTR 1200 is a natural extension for the brand that we couldnt be more excited about.

Housed in a trellis frame with a sporty riding position, both models feature an inverted front suspension with radially mounted dual Brembo brakes for exceptional control and stopping power. The fuel tank is strategically located under the seat for a lower center of gravity and more centralized weight distribution. Similar to the FTR750 race bike, the airbox is positioned directly above the engine to optimize airflow and maximize power. Both models feature a similar rear suspension and swingarm design as the FTR750 to not only provide a race bike look, but also ensure maximum grip and compliance on even the roughest of roads. Newly-developed Dunlop street tires with flat track-inspired tread, a chain final drive, and ProTaper flat tracker aluminum handlebars complete the race bike look.

This is an extremely exciting platform for us, and after investing such a significant amount of time, expertise and energy in the design process, its an incredible feeling to finally show the world these motorcycles, said Rich Christoph, the Indian Motorcycle Senior Designer who was also instrumental in the design of the FTR750 and FTR1200 Custom.  Our primary focus was to ensure these motorcycles carried the same lines and form language as the FTR750 and 1200 Custom.  We knew thats what riders around the world fell in love with.  I couldnt be more proud to turn the FTR750 into a flat tracker for the street and help launch Indian into a new era.

Adding to the design is a host of premium features and ride-enhancing technologies. The FTR 1200 and FTR 1200 S models both feature full LED lighting, including a new headlight that provides an unmistakable face for the platform, a fast-charge USB port to easily charge mobile devices, anti-lock brakes (ABS) and cruise control for a comfortable ride.

Propelling both models is a powerful new liquid-cooled 1203cc V-twin engine making approximately 120 horsepower and 85 ft-lbs of torque.  A flat torque curve ensures a progressive, predictable power delivery with loads of low-end punch and flexibility. The engine features a 12.5:1 compression ratio, high flow cylinder heads, and dual throttle bodies for optimal airflow and power.  Additionally, the engine makes wide use of magnesium to reduce weight and utilizes a low-inertia crankshaft that allows the engine to rev to its redline quickly for thrilling acceleration.  The new platform underwent extensive development and testing to ensure it meets Indian Motorcycles high quality standards and performs at the highest levels.

These bikes have gone through a rigorous, multi-year design and testing process to ensure that they perform as good as they look, explains Ben Lindaman, Indian Motorcycle Senior International Product Manager.  The process was incredibly robust, including over one million miles logged through simulated rides.  We also accumulated tens of thousands of test miles on the street with input from racers, including our championship winning Wrecking Crew flat track team and former Grand Prix racers.

The front suspension is made up of 43-millimeter upside down cartridge forks with 5.9 inches of travel, and the side-mounted rear suspension can move an equal amount. It's here that one of the key differences between the FTR 1200 and FTR 1200 S can be found: the S model has gold front forks and the rear monoshock has an aluminum piggyback reservoir with compression adjustment. Both models have preload and rebound adjustments in the rear and the S model has adjustable preload, compression, and rebound both front and back.

Other perks of the S model include lean-angle sensitive stability control, traction control, and wheelie mitigation control. You also get three ride modes with the FTR 1200 S: Sport, Standard, and Rain.

The 1200 S gets a customizable full-color 4.3-inch touch screen with Bluetooth, and on the 1200 is a basic analog-style speedometer.

The FTR 1200 S has two two-tone designs, as well as a top-of-the-line Race Replica livery, while the 1200 only comes in black.

Dont let dirt have all the fun. The FTR 1200 was inspired by our championship-winning FTR750 race bike, but made for the street.

Race-Inspired Design The rear swingarm design and tank silhouette are just a few of the elements borrowed from the FTR750 race bike.

Take life by the handlebars. With its race-inspired design and iconic style, the FTR 1200 is as thrilling to look at as it is to ride.

Confident Handling The gas tank is strategically located under the seat to lower the center of gravity for improved handling.

Light Your Way Enjoy the ride longer with full LED lighting, including a new, high-output LED headlight for improved visibility.

Cruise In Comfort Cruise control comes standard because once you head out, youre bound to be going for the long haul.