The bike has a 6-Speed transmission. Power was moderated via the Wet Multi-disc. 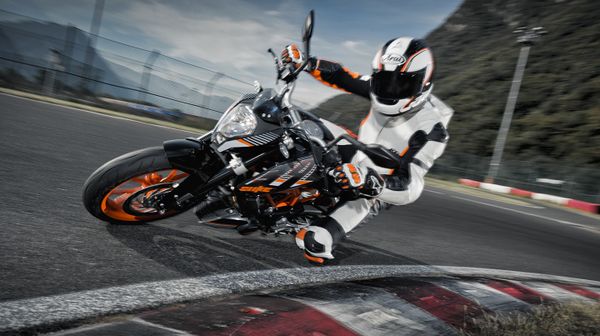 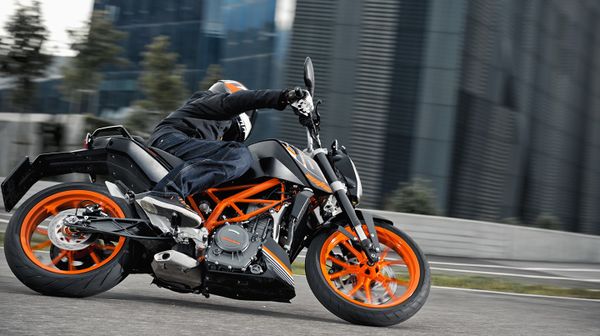 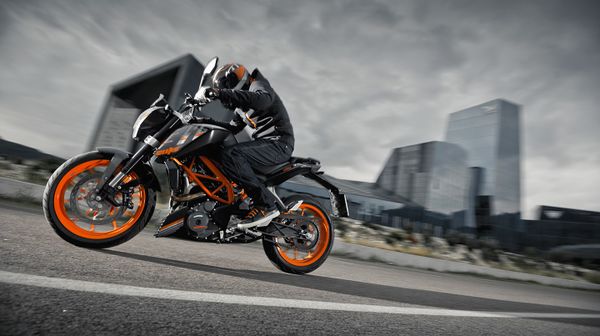 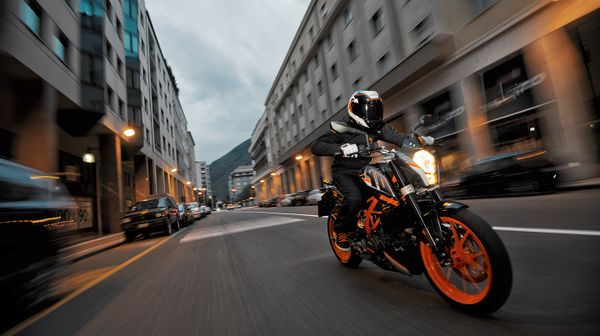 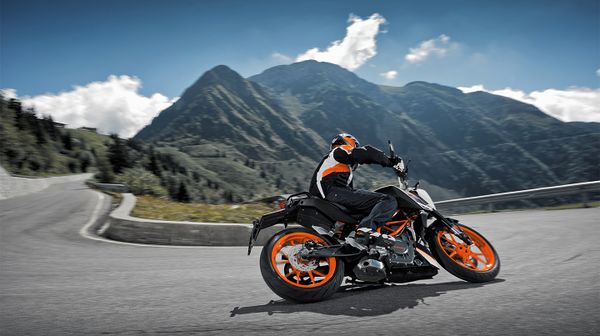 Completely new, the KTM 390 Duke's state-of-the-art, single-cylinder engine once again underlines KTM's development strength. It's clear that the latest materials and production technologies not only deliver the bike's bountiful torque and overwhelming acceleration at all engine speeds, but also good manners in everyday use and outstanding fuel economy. With 375 cc, the single-cylinder engine only weighs 36 kg, thanks to the compact design - typical of KTM - with transmission shafts arranged one above another. Moreover, it delivers a punchy 44 hp with such technical refinements as NaCaSil cylinder coating and forced oil lubrication with performance-boosting casing evacuation (the suction pump not only transfers oil, but also pressure from the crankcase, thereby reducing the running resistance of the crank drive). 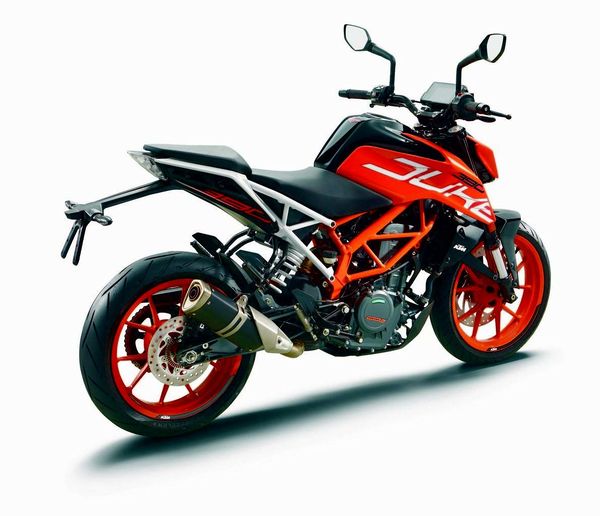 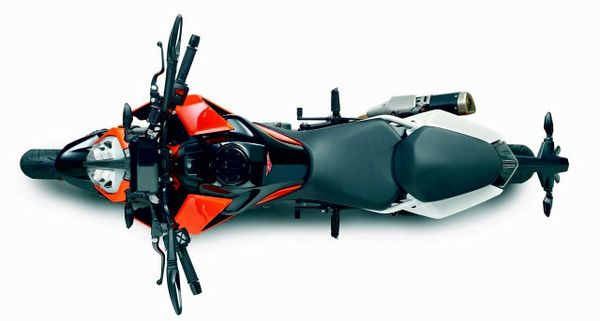 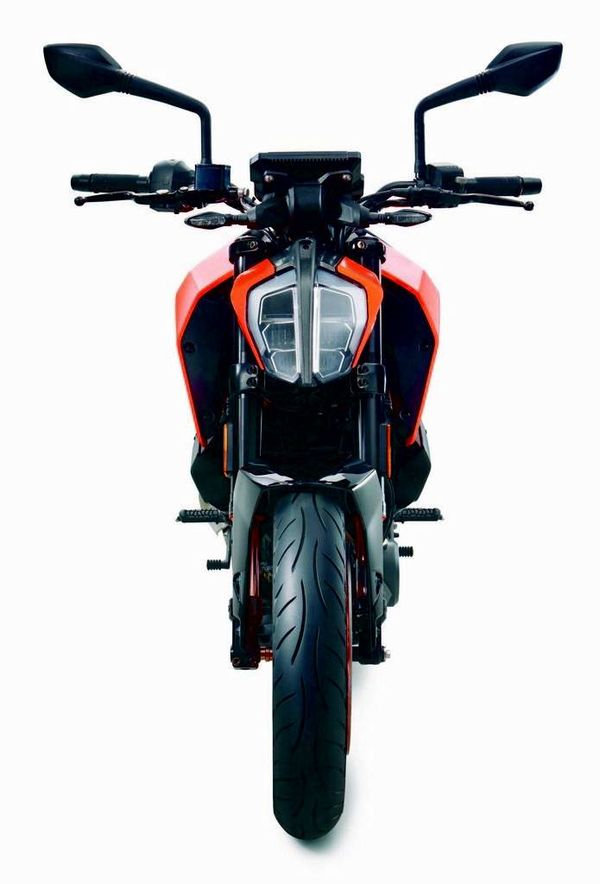 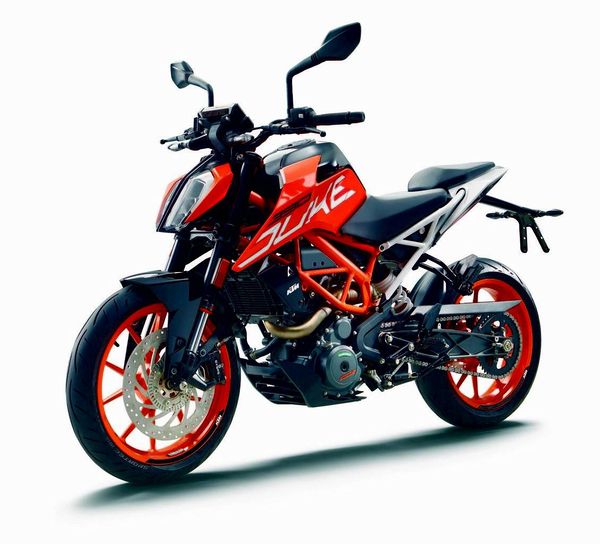 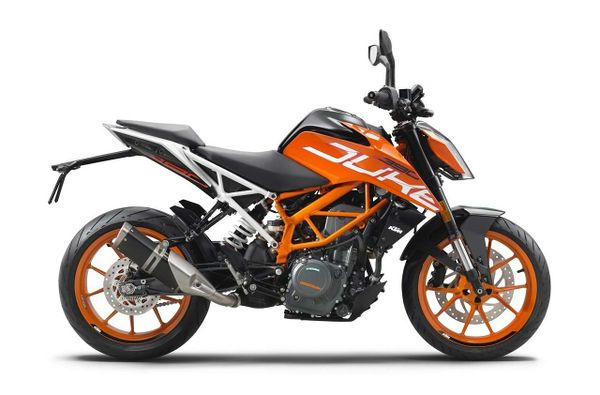