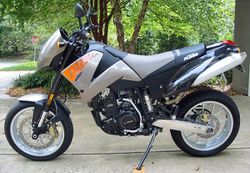 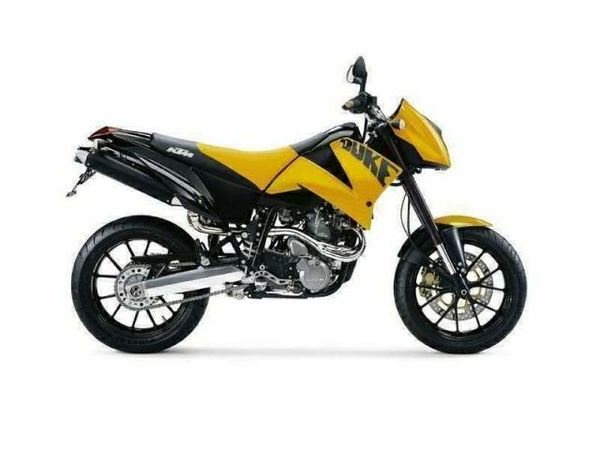 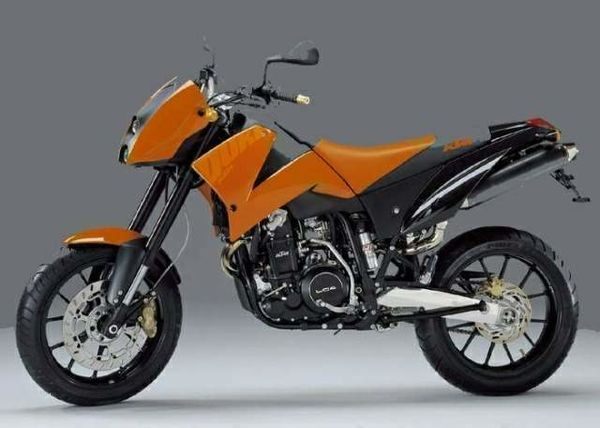 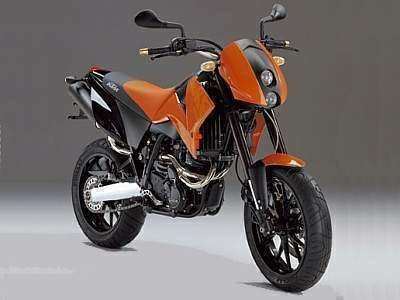 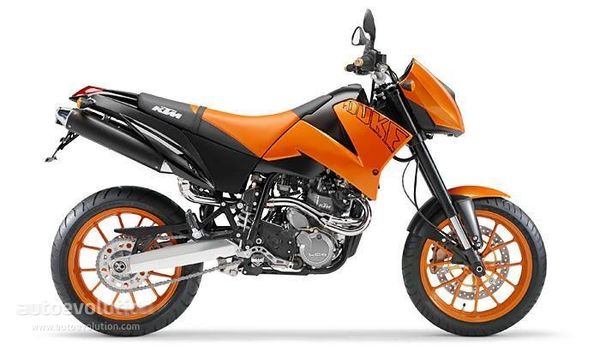 The detailed work on the engine periphery makes itself felt on the paper with five multi-horsepower and in practice with an improved world around tuning. The 55 horse stables of the Duke II galloped much more cultivated than the 50 horses of the Duke. With the Duke II comes further street refinement and new wrappings that keep step with the current styling of KTM's LC4 off-road models. Sharper-edged lines have replaced the rounded body contours of its predecessor, giving the Duke II a more compact and aggressive appearance.