The bike has a 6-Speed transmission. Power was moderated via the Wep multi-discs.

It came with a 110/80 V16 front tire and a 130/90 V16 rear tire. Stopping was achieved via Double discs 270 mm in the front and a Single disc 130 mm in the rear. The front suspension was a 38 mm telescopic with electronic anti-drive while the rear was equipped with a Rising rate monoshock with adjustable preload and rebounding preload. The wheelbase was 56.1 inches (1425 mm) long. 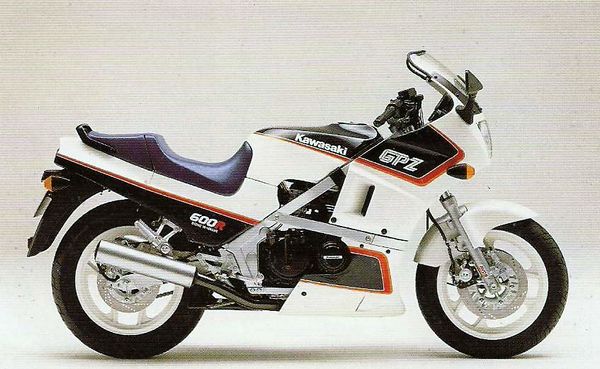 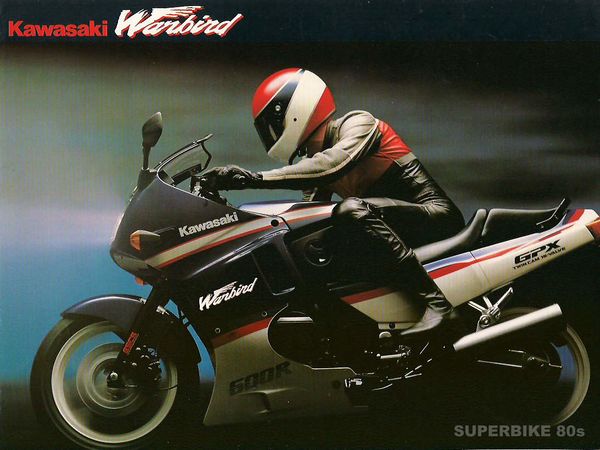 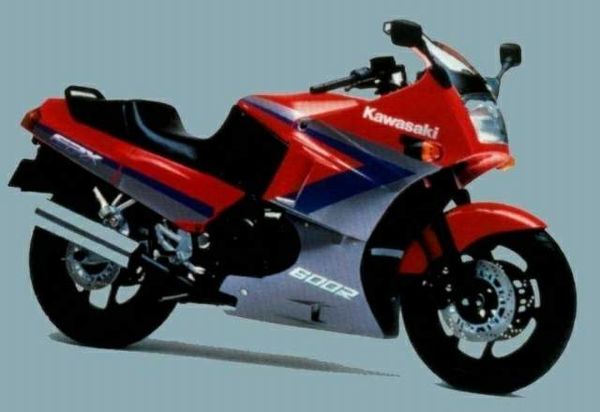 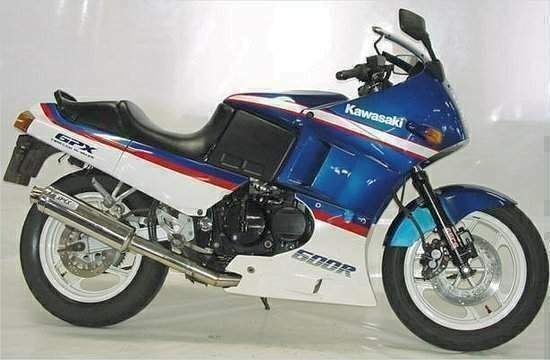 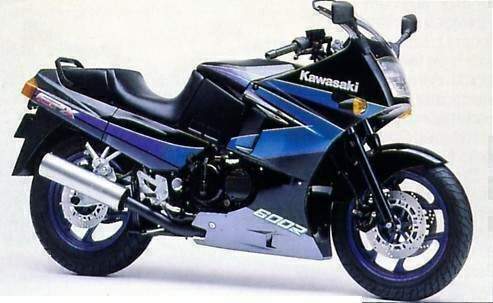 The Kawasaki GPX 600 R was at first glance too distinct from the predecessor. Still slim and slender, but clearly more angular was the disguise, the completely new coloring worried the rest. The liquid-cooled four-cylinder engine is based on the GPX engine and after a thorough overhaul it has a proud 85 hp (63 Kw) instead of 75 hp (56 Kw). The simple fact is that Kawasaki are all but unbeatable at building in-line fours that go like hell and don't fall apart. In 1981 they started the excellent GPZ550 line and in 1984 brought out the GPZ900R, the big Ninja that left many people speechless with admiration.