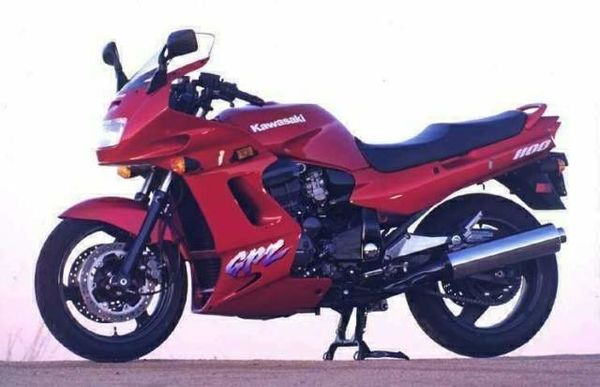 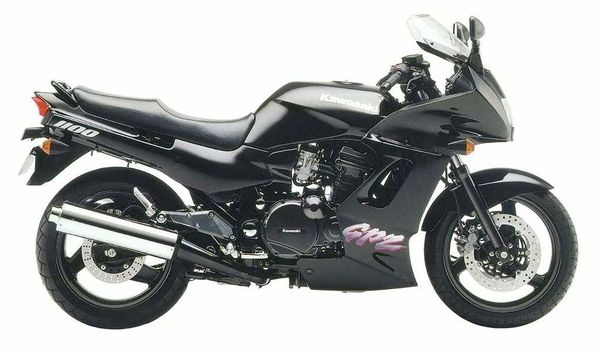 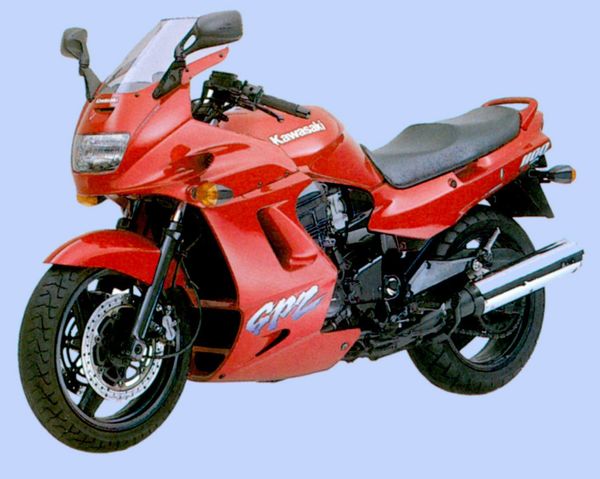 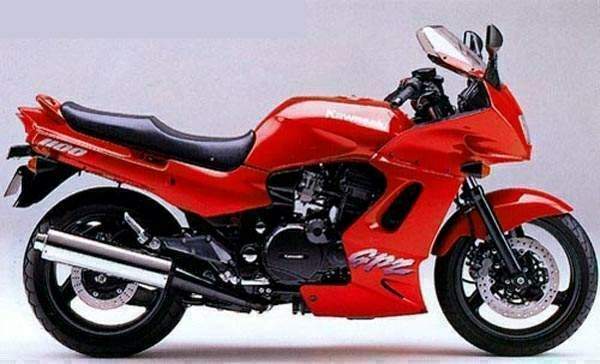 Not to be confused with the air-cooled GPZ1100 of the early 1980s, this modern sports-touring bike was first released in 1995. Powered by a detuned version of the mighty ZZ-R1100 engine, the GPZ1100 offered a cheaper, more touring-biased mix than the ZZ-R1100, with almost as much performance. A protective full fairing, upright riding position and comfy dual seat are ideal for two-up fast touring duties, and the well-designed chassis is capable of impressively sporty riding. Twin front disc brakes offer strong, predictable braking, and the GPZ is the only Kawasaki with an optional factory-fit anti-lock braking system. The ABS GPZ 1100 weighs 10kg (221b) more, but offers more confident stopping on uncertain road surfaces. Kawasaki GPZ1100

LET'S BE CLEAR about this from the start. The GPZ1100 is a budget bike. A big budget bike, but a budget bike just the same. In Kawasaki-speak it's a 'Basic Sports' bike. Well, one of those two words is appropriate, the other less so. If you start with the obvious points, things initially sound a little depressing. Take the mighty ZZ-R1100 lump, rob its Ram Air and semi-downdraught carbs, junk the sporty cam profiles, drop the redline, change the pipe for a quieter number... the list goes on. ZZ-R-derived motor improved for midrange 'Sports' tag a little optimistic A snip, sir, at less than seven grand Seat too poor for touring What you get in return, however, is a very strong, tractable engine. The top end arm-wrenching surge of the ZZ-R has gone and instead you can feel the power tailing away before you burst into tears. But what has also gone is the limp, - hesitant area below four grand that tends to plague the ZZ-R. Instead there's a steady, relentless pull from a beautifully smooth motor that can handle 500rpm in top without so much as a judder. Less power, but also less noise. Sensitive types can be wafted along on the whispering GPZ as engine noise battles in vain to escape through thicker cam covers and a 4-1-2 pipe. And there's no induction howl because there's no nasty rude Ram Air system. The engine is actually more exposed than the ZZ-R, peeping from behind a cut-away fairing which probably offers less weather protection to legs than does the ZZ-R's. The riding position reflects the GPZ's less sporty nature. The pegs sit further forward than the ZZ-R's and the bars feel a little higher. Good tourer then, eh? Well... erm, it could be if only they'd put a decent seat on it. Fifty-odd miles was all it took to induce a constant wriggle, soon followed by regular standing up and sliding back on the seat in an effort to find a comfy bit. And it is there, about three inches behind where your arse is planted. And this isn't just because I'm a 5ft 8in shorty, lanky types also complained. Basically you slide forward onto the narrowest, least padded part of the seat. Big, stupid mistake. One thing guaranteed to take your mind off an aching backside is a bit of scratching down your favourite roads. The GPZ is up to a bit of guarded sportery but it takes a while to realize it. When you first take hold of the bars they feel disturbingly light and floppy. The feeling remains at low speed and the bike tends to wander offline if you don't make a concerted effort to pin it down. Though this initially puts you right off throwing the bike into bends, when you eventually sign your will and do so, the steering actually improves with speed, holding a line fairly well, but the front wheel still feels a bit distant. You wouldn't want to get overexcited on tight roads, the whole deal feels too vague for that, but smooth, brisk, plan-ahead cruising is an option and the OE Bridgestone BT54s worked surprisingly well, although were a little too difficult to warm up in the wet.

So, you've sussed the steering, next thing is to realize that the side stand decks out before anything else on the left. Worth knowing. Clearance on the right is no problem. Hauling the GPZ to a halt, the uneducable 41mm front fork feels a bit soft, even given the brakes (300mm discs with dual piston calipers) which also feel slightly weak for the job. That torturous seat aside, touring ought to be viable. The pillion seat is generous and there's a decent grabrail. Mirrors are big and effective and the smoothed-off tail section is more friendly to throw over panniers. There are hard panniers as an option but these did cause a slight weave at about 100mph, which wouldn't be so worrying if they hadn't been empty and the bike being ridden solo. Two-up on the way back from Amsterdam with panniers stuffed with drugs and booze, things might get a little out of hand, especially given the already  slightly ponderous steering. The last thing you want to do when you're loaded down with contraband is to weave past customs with the handlebars flopping about from side to side as if you're blasted on a cocktail of sense and Stella. The thing is, if you did decide to buy the GPZ over the ZZ-R, you'll be left with something like _£1700 in your pocket, which can buy a hell of a lot of drugs and booze. Worth thinking about. But would you regret the move when you sobered up (some time in spring 1997)? If image really matters to you, then yes, you would regret it. The GPZ is not, in my opinion, a looker. Neither does it have, or will ever have, the kudos of the ZZ-R. There were days when the letters GPZ did pull weight, with the GPZ900 in particular, but things have moved on. If, however, you don't give a toss about posing, bird-pulling or crotch enhancing, and just want a strong bike for as little money as you can manage then the GPZ could be it. There's stiff competition from other budget biggies, not least Suzuki's RF900 and when it comes down to aesthetics, as I suspect it does more often than people care to admit, the pigeon-shit welds around the clock mounts on the GPZ and slightly ripply paintwork will bely the salesman's patter. I reckon there'll be plenty of interest in the GPZ and many will be impressed by the easy power of the engine, which ought to be one of the most reliable powerplants on the road given that the ZZ-R is virtually unburstability and this lump is hardly stressed at all. And if you're not addicted to the warp factor speed the ZZ-R offers, there's every chance this is what you're looking for.