Power was moderated via the Wet- multiplate. 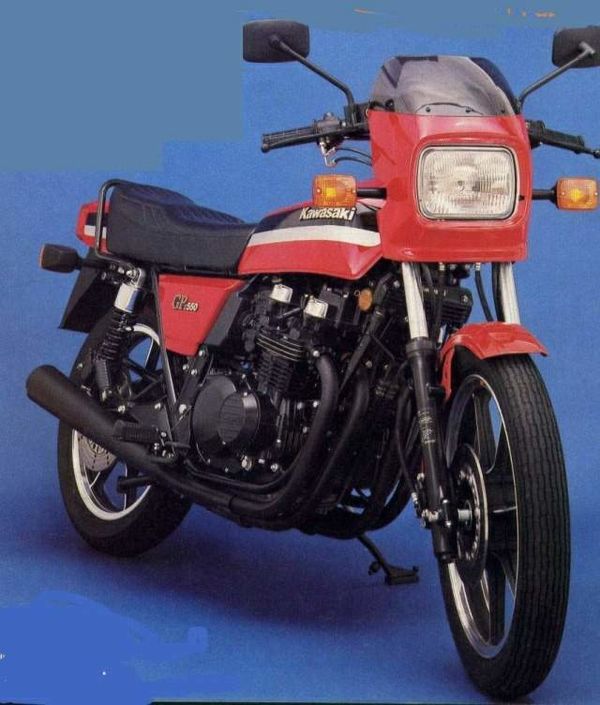 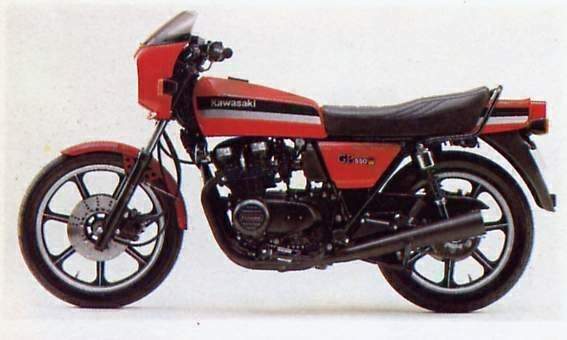 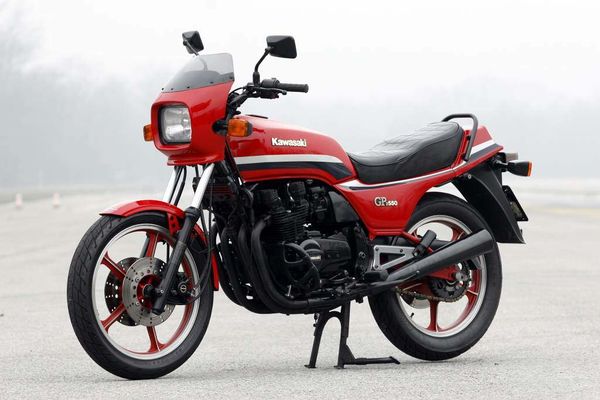 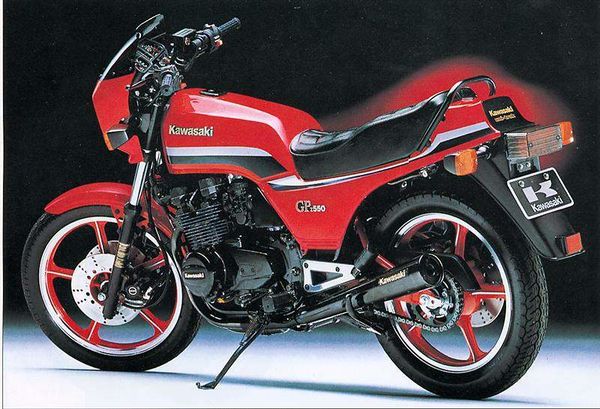 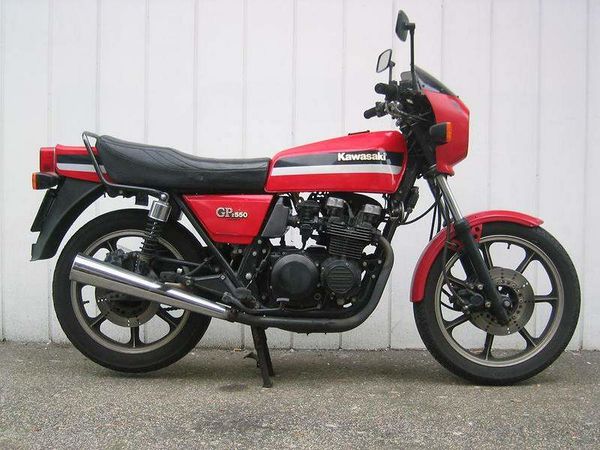 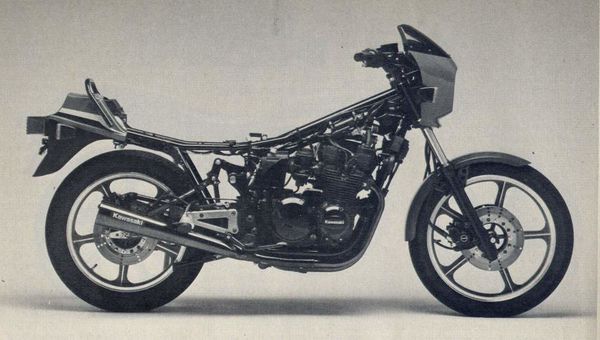 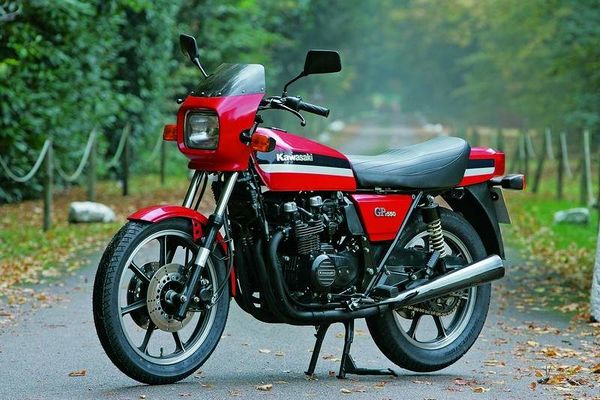 Not long ago, middleweight bikes were poor stepsisters in Motorcycling's Greater Theater. They sat at the edge of the limelight when major manufacturers rolled their big-inch hardware onto center stage. Riders came off mid-sized bikes on their way to the big stuff, which had everything. Eventually, technical and styling innovations spread to the fringes, but often were old by the time they became standard on mid-sized scooters. In the 1980s the stepsisters emerged front and center; manufacturers introduced mid-sized motorcycles that were radically updated or completely new. The commitment to the class is real; witness the array of sophisticated 1982 machinery. Kawasaki, in particular, became the '81 middleweight leader with the GPz550, a handsome lightweight Super-bike complete with three discs, adjustable suspension components and 12-second quarter-mile credentials. Although the 550 engine and GPz styling have changed little for 1982, the running gear is completely differentand much improved. Uni-Trak makes the 1982 GPz550 radically different from its twin-shock predecessors. Uni-Trak is Kawasaki's label for its single-shock rear suspension system, which until now has been used only on its leading motocross and enduro models. The Uni-Trak label, however, applies to more than a single system; the GPz550's unit differs substantially from the Uni-Trak on the KDX and KX. In these Kawasaki off-road bikes, the bottom of the vertically mounted shock bolts to the frame, while the top mounts to a bellcrank system. The swing arm actuates a pair of vertically disposed struts which connect to one end of the bellcrank whose pivot anchors to the frame. The other end of the bellcrank pushes down through the top eye of the shock. The GPz550 system works differently. First, the bottom of the shock mounts to the swing arm, not to the frame. A bellcrank still connects to the top of the shock; the crank pivot is on the main frame, and the other end of the crank connects to a very short strut that runs to an eye on the triangulated swing arm. This system, not dissimilar to Suzuki's Full Floater, compresses the shock from both ends; although, unlike Suzuki's system, there aren't long struts running from the trailing end of the bellcrank to the swing arm.

Most important, the GPz's Uni-Trak is truly a rising-rate system; that is, the amount of wheel travel to a given unit of shock travel decreases as the shock compresses. In theory, a rising-rate system initially produces soft and responsive wheel travel that gives a smooth and comfortable ride, but as the wheel moves toward the top of its travel the action becomes progressively stiffer. This means the soft initial ride does not compromise the quality of rear-wheel travel. Although the GPz Uni-Trak is a rising-rate system, it is not steadily progressive; the wheel/shock travel ratio makes a couple of jumps, one during the first bit of wheel travel and the other toward the end. But for most of the in-between portion, the ratio of shock compression to wheel travel remains the same. And while this may be interesting in a theoretical way, in practical terms it doesn't count for much in the GPz's case. In the real world, the GPz's single-shock rear suspension system works well; the 550's ride is firm without being harsh, and the adjustable shock lets you dial in a setting to suit your weight and riding style. The shock adjusts for both rebound damping and spring preload. Located at the bottom of the shock, the damper adjusting knob is protected by a rubber dust cover. The 550 offers four settings; the second position provides 15 percent more rebound damping than the lightest setting; the third and fourth offer 30 and 47 percent more damping, respectively. We liked the shock set on the number-three damping position, with the spring preload collar set at the number-three or number-four level, depending on rider weight. Set up in this fashion, the rear suspension is excellent. The Kawasaki feels predictable and solid, and the well-matched spring rates and damping characteristics make the GPz's handling outstanding. The GPz flies through fast corners with dips that would have lesser bikes bottoming on entry and pogo-ing and wallowing on the way out. And while the Kawasaki's suspension characteristics are ideal for hard backroad riding, the GPz's ride remains firm but acceptable on the freeway. You'll never mistake the GPz for an armchair-plush long-distance touring rig, but neither will you feel chewed up and spit out after a full day's ride. Many GPz owners won't care about the Kawasaki's long-distance capabilities, but it's reassuring to know that the 550 can pull double duty. The GPz's single rear shock isn't easy to reach. To begin the adjustment procedure, you first pull off the seat to get to the tool kit, which is stored in a small box in the tail section. Next, you remove the left sidecover, the air cleaner and housing, and the plastic chain guard. Then you get to the shock, which has a slotted adjusting sleeve that allows for very fine increments and makes preload adjustment easier than the typical jam nuts used on most single-shock rear-suspension systems. You can adjust the preload with the hook wrench provided in the tool kit, but the involved process discourages roadside alterations. Most riders will choose an all-around compromise-setting for their riding style and roads. Those who feel compelled to fine-tune the rear suspension every time the chosen path changes probably form a distinct minority anyway. Although the 1982 GPz550 fork looks like last year's air-assisted leading-axle unit, Kawasaki has incorporated a number of small refinements. The 1982 fork legs interconnect; this makes charging the fork a snap. The fork's coil springs are marginally stiffer this year and use a TrtHe more spring preload. More significantly, the rebound damping rate is up 14 percent over last year's GPz, and the compression damping rate is up a whopping 42 percent. Although the 550 might have benefited from a little more rebound damping and a little less compression damping, in general these changes should please the canyon racing crowd; fork performance is first-rate under hard riding conditions, and the 550 never starts the gentle wallowing through fast sweepers. With the stock fork oil and 18 to 20 psi air pressure, the front end worked well for backroad thrashes while giving up little re sponsiveness on the interstate.There's a ni ticeable amount of stiction in the fork, though not1 enough to make the GPz a" harsh-riding bike. But please note-we used air pressures well over Kawasaki's recommended 11-psi limit.

Even at 48 horsepower, nobody could call the GPz550 Uni-Trak flat. As it stands, the GPz is still a quick 550, and only a couple of clicks off the best 650s around. And the rest of the power train works well. The clutch pull is remarkably light, its engagement point broad, and the clutch endured a number of harsh drag-strip launches without overheating. The gearshift action is positive and smooth, even with a moderately long throw. A sloppy shifter might find neutral ground between fifth and sixth gears; a decisive left foot never misses anything. The GPz550 has a positive neutral selection; that is, when you're stopped and in first, the gearbox will shift only to neutral. This feature eliminates the fishing between first and second gear at stoplights. The gearbox ratios are well matched to the Kawasaki's top-weighted power-band, and the six-speed box always has at least a gear or two to suit every need. Driveltne snatch, the traditional Dread Thing of Japanese Power Trains? Not very noticeable normally; you'll need heavy stop-and-go traffic to identify any. The 550 is remarkably comfortable for all-day travel, in part because the GPz has one of the most comfortable riding positions available, regardless of motorcycle size. Only the firm foam seat would wear on a non-stop rider after an hour or so. We liked the bar height, and the pull-back of the bar strikes a happy medium, though two staffers would have liked to angle the bars back a touch. This is impossible since the bike has individual handlebars that fasten onto each side of the top clamp, and they cannot be adjusted for pullback.

Although the 550's gearing remains unchanged, the new Bridgestone rear tire has a greater circumference than last year's Dunlop. This taller rear tire drops engine speed 200 rpm at 60 miles per hour in top gear, making the Uni-Trak smoother than its predecessor on turnpike cruises. You have to ride a long way before you detect even a finger tingle. The GPz has a new instrument panel. A centrally located Liquid Crystal Display (LCD) fuel gauge keeps a fairly accurate measure; the gauge starts winking and a red warning light blinks just a bit before you have to switch to reserve. The red warning light also blinks in conjunction with three other LCD warning indicators. They light up when the engine oil or battery electrolyte levels are low, or when the sidestand is down. The rider has no means of canceling the warning light; it glows until the rider deals with the problem. The electric tachometer serves double duty as a voltmeter; you merely push a button to get a voltage reading. The upper portion of the instrument panel is protected by a glass cover that seals out the elements well, but the cover can produce a glaring reflection. At night the instruments glow with a pleasant green hue that comes through the markings inscribed on the dial faces. The 60/55 watt headlight dispels the darkness with better-than-average efficiency, and a hazard switch blinks all four turn signals in an emergency. The GPz550 is the standard by which all other middleweight sporting bikes must be judged. Its single-shock rear suspension system is a functional stride forward; the motorcycle is the best-handling middleweight we've tested. Its riding position tops all mid-displacement sport bikes. Everywhere the rider intersects with the machine, he gets the impression that someone who understands sport riding worked on the design and development of this motorcycle. Sure we'd like to have an easier way to adjust the rear shock slightly softer saddle, a little pullback adjustability in the bars, and 1981-style GPz horsepower not present in our test bike. Yet anyone who wants a mid-displacement sport bike to hone into a very personal weapon would start with the GPz550 Uni-Trak. We think the choice is that obvious. Should your liter-up Superbike friends sneer at your half-size bike, just invite them on a fast trip down your favorite twisty road. If you're up to it, they may well be surprised to find whose bike turns out to be Super.