It came with a 120/70 ZR17 M/C (58W) front tire and a 200/55 ZR17 M/C (78W) rear tire. Stopping was achieved via Dual 330 mm discs, radial-mount, opposed 4-piston calipers, dual semi-floating in the front and a Single 250mm disc, opposed 2-piston calipers, in the rear. The front suspension was a 43 mm Inverted fork with rebound and compression damping, spring preload adjustability and top-out springs while the rear was equipped with a Uni-Trak® with gas-charged shock, piggyback reservoir, dual-range (high/low-speed) compression damping, rebound damping and preload adjustability, and top-out spring. The H2 Ninja Carbon Limited Edition was fitted with a 17 Liters / 4.5 US gal fuel tank. The wheelbase was 1455 mm / 57.3 in long. 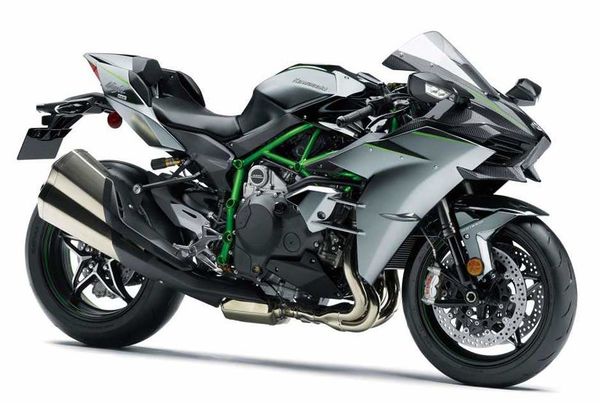 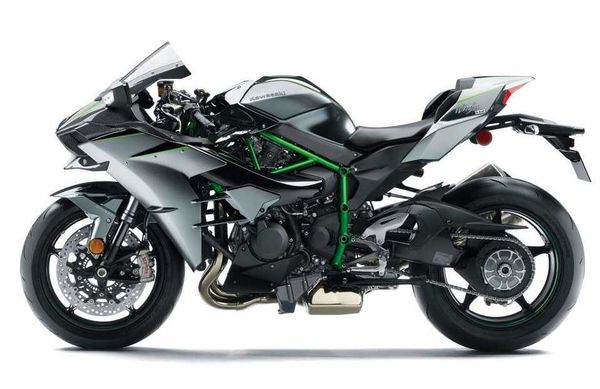 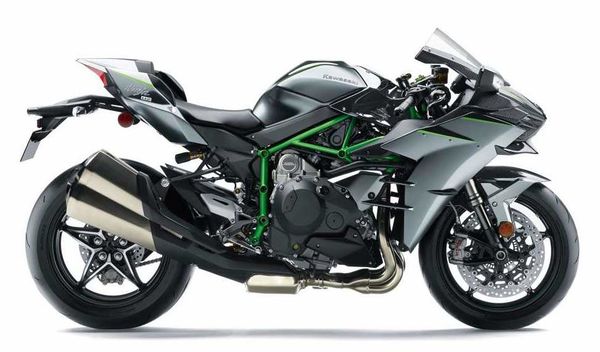 Designed to offer riding excitement at a level never before experienced, the unprecedented Ninja H2 combines the joy derived from sport riding and the kind of intense acceleration that made the 1971 H2 (750SS Mach IV) a worldwide sensation. Tapping into the technological know-how possessed by the KHI Group, it has elevated motorcycle technology to a new level. The Ninja H2 Carbon motorcycle design projects intense force becoming a product of functional beauty. Each and every angle is designed to contribute unprecedented performance and style.​​​  Developed by KHI, the Mirror Coated Matte Spark Black/Mirror Coated Spark Black paint of the fuel tank, fairing and seat cowl is the first-ever on a mass-production automobile or motorcycle  The multi-layer composite paint includes a layer of pure silver formed by a chemical reaction, creating the mirrored effect  In the shade, the dark base coat shows through the silver for a deep, 3D appearance. In the sun, the silver creates a brilliant metallic effect

Kawasaki set out to create a factory-built motorcycle, where Kawasaki engineers were able to pursue unadulterated performance without the limitations of street or racing homologation. The first four-stroke, supercharged motorcycle from a major manufacturer, the Kawasaki Ninja H2R produces once unheard of power for a factory-built motorcycle. Its truly Built Beyond Belief. In order to create a version that was not only street legal, but also street capable, the Kawasaki Ninja H2 sportbike was born, using engineering shared from the Ninja H2R. The Ninja H2 was developed using the technology from the Ninja H2R model, but worked within the street-legal and street-capable parameters. Kawasaki introduced the limited production Ninja H2 Carbon motorcycle in 2017. The Ninja H2 Carbon motorcycle was based on the 2017 Ninja H2, enhanced with special features. This incredible trio shares many of the technologically advanced components, including the 998cc inline four-cylinder engine, proprietary supercharger, trellis frame, compact superbike dimensions, aerodynamic bodywork, single-sided swingarm, powerful Brembo® brakes and much more.