Changes between the S3 and KH400 was in the lowering of horsepower, color, markings, carburetor settings, handlebar grips, and spark plug. A CDI ignition was added as well as water-resistant brake pads, and three-fuse system adopted.

The engine was a air cooled in-line three, two-stroke. A 57.0mm bore x 52.3mm stroke result in a displacement of just 400.0 cubic centimeters. Fuel was supplied via a port control.

The bike has a 5-speed transmission. Power was moderated via the Wep multi-discs.

It came with a 3.25-18 front tire and a 3.50-18 rear tire. Stopping was achieved via single disc in the front and a expanding brake in the rear. The front suspension was a Telescopic hydraulic forks while the rear was equipped with a Dual shocks, Swing arm. The KH400 was fitted with a 3.7 Gallon (14.00 Liters) fuel tank. The wheelbase was 53.7 inches (1364 mm) long. 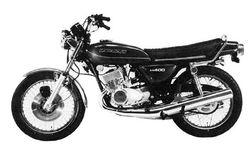 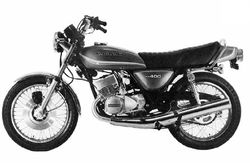 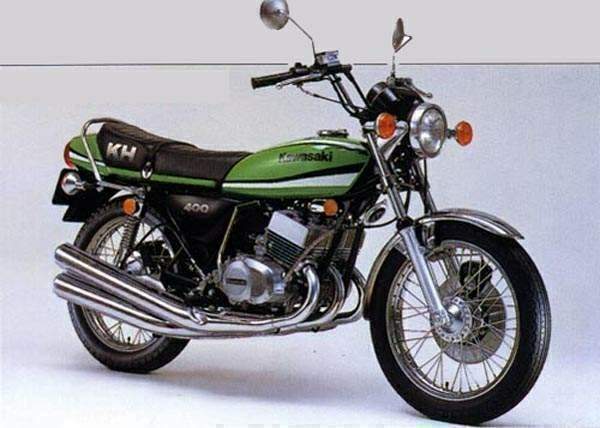 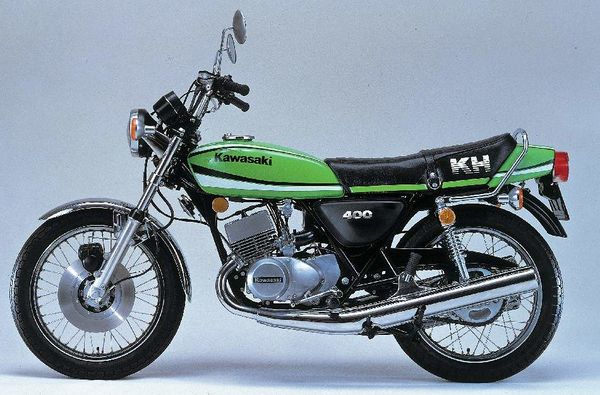