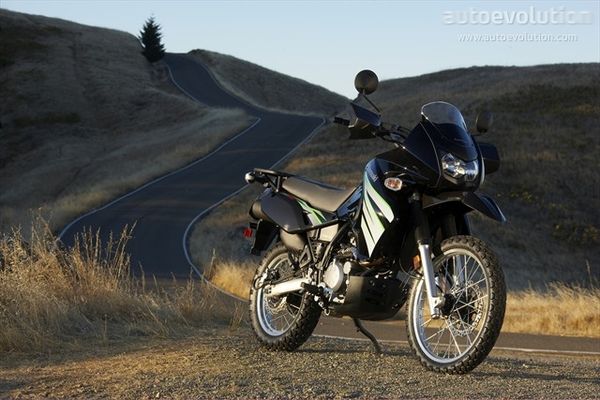 The Kawasaki KLR650 is a dual-purpose motorcycle intended for use on both paved and unpaved roads. It has been a long-standing model in Kawasaki's lineup, having been introduced in 1987 and remaining almost unchanged through the 2007 model. Kawasaki, in releasing the much-anticipated 2008 model, introduced the first significant redesign of the KLR650 since its inception. The KLR650 is heavier than specialized off-road dirt bikes, but it can handle most conditions when ridden carefully by a skilled rider. Its 4-stroke DOHC dual-counter balanced, single-cylinder, water-cooled engine develops a claimed 44 hp (33 kW) at the crank; typical measurements at the rear wheel are 35 horsepower (26 kW). Typical fuel economy is 45 to 60 miles per U.S. gallon (3.9 to 4.7 L/100 km). It has a claimed 6.1 gallon (23 litre) fuel tank and a top speed of approximately 105 mph (160 km/h). The KLR is widely used as an inexpensive adventure/touring bike. The addition of luggage and personalized modifications (GPS, heated handgrips, larger windscreens) make it more functional on long trips. 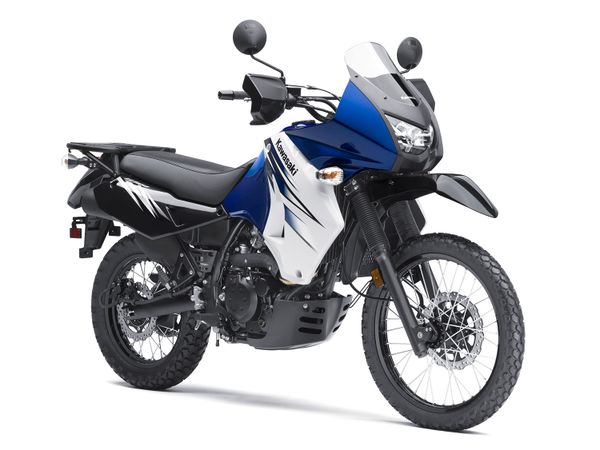 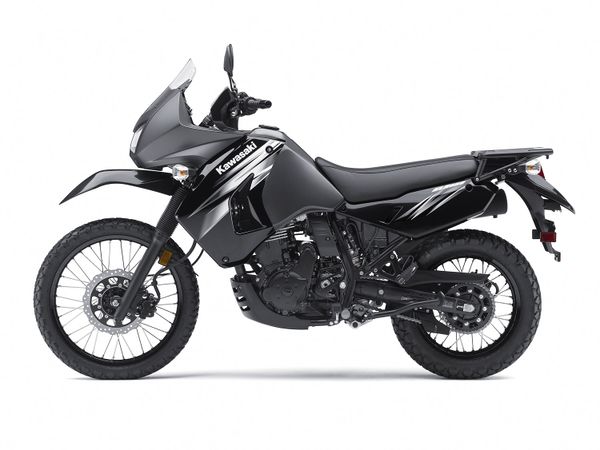 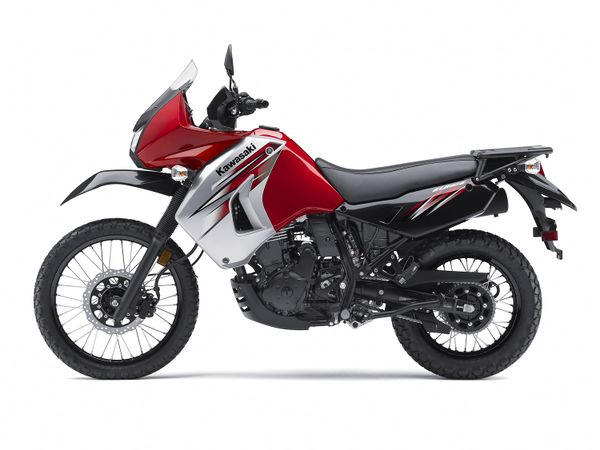 For 2011, Kawasaki brings us a new KLR650, for those who enjoy a stroll down a boulevard, but also who crave to get down and dirty on off-road trails. Being the best-selling dual-sport seven years in a row, this new model does not disappoint either.

With a 651cc four-stroke, DOHC, four-valve single engine, this 196 kg (dry) is surprisingly agile, so one can overcome the most severe off-road obstacles in the way, inclusing steep gradients and difficult muddy trails. The 41mm front fork with 7.9 inches of travel and the rear Uni-Trak suspension which features a five-way preload shock absorber with four-way rebound damping and 7.3 inches of rear wheel travel make it an excellent bike to ride both on and off the road. 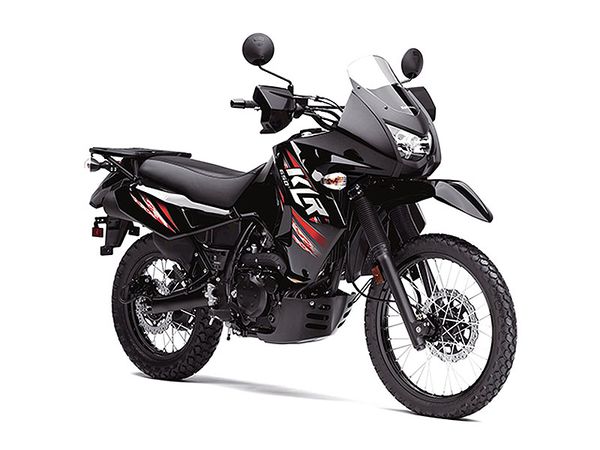 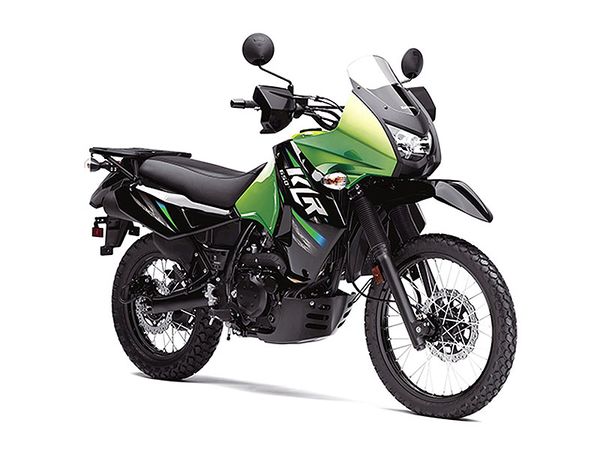 Being the best-selling dual-sport seven years in a row, the 2013 MY Kawasaki KLR650 walks on the same path of its predecessors. Whether for a daily commute or a weekend off-road adventure, the KLR 650 performs superbly.

The 651cc 4-stroke single engine has been developed with both swift acceleration for any obstacle that might occur along the trails, and also smooth and user-friendly power delivery for long-distance rides. The 41mm front fork and the Uni-Trak rear suspension provide a long travel and predictable damping and compression to tackle the uneven back roads one might be using. At the same time, taking the KLR beyond the point where asphalt ends will offer a confident feel.

The 4mm spokes make its wheels strong enough for even the most challenging terrains, and the large 5.8 gallon fuel tank means less stopping for fuel and more long hauling. 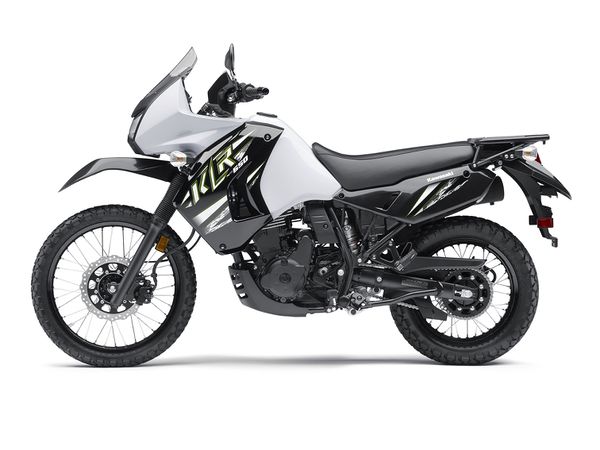 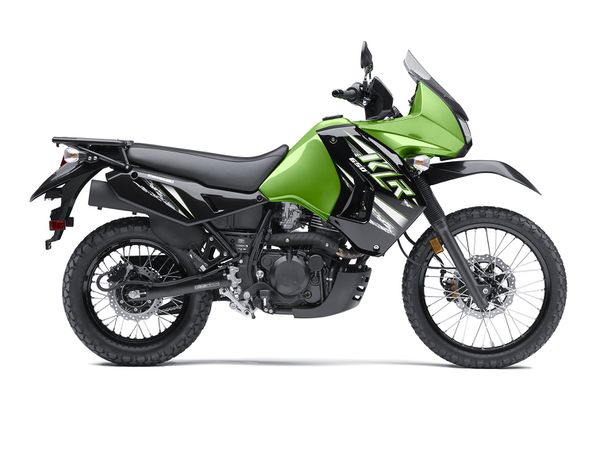 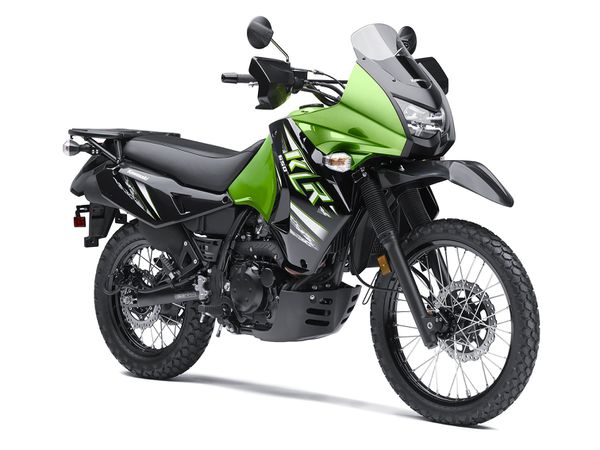 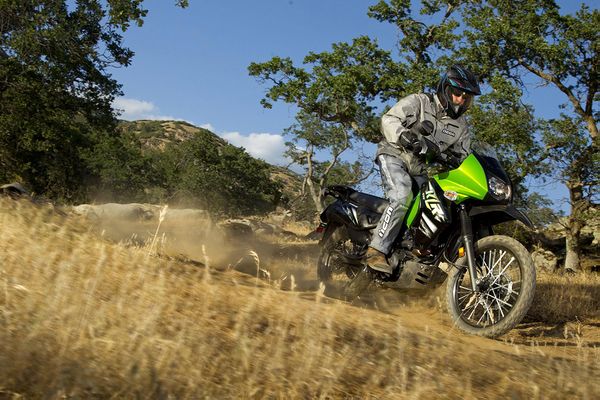 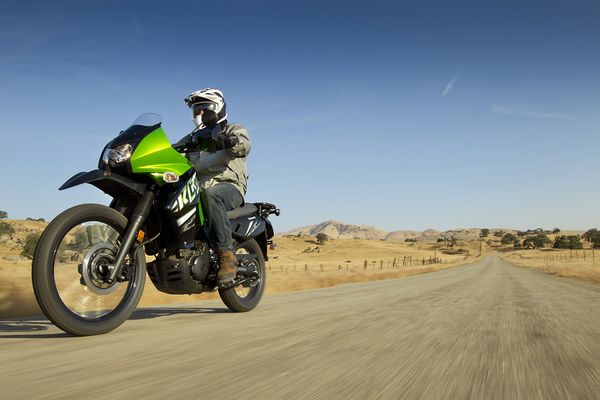 The 2014 MY Kawasaki KLR650, like its predecessors, is one of the best dual purpose bikes available on the market. Used to be pitted against tough obstacles and rugged terrain, the KLR still has great mileage, and can carry large loads. At the same time it is still comfortable enough for long hauls and comes with easy maintenance, so it holds its spot in the top sales charts.

The 4-stroke 651cc single provides 44 horsepower and 50 Nm of torque and has been tuned to boost low-end torque, but still deliver usable top-end power.

The 41mm fork has 7.9 inches of travel, and the rear Uni-Trak incorporates a five-way preload shock absorber with 7.3 inches of travel. Together with the compact attire of the entire machine, the chassis offers plenty of real estate for two-up riding and long-range comfort. 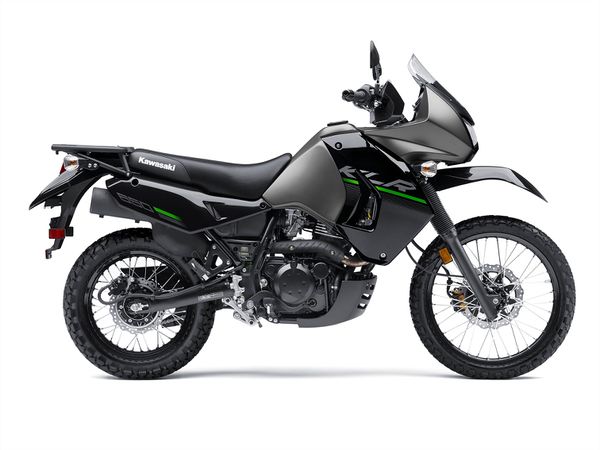 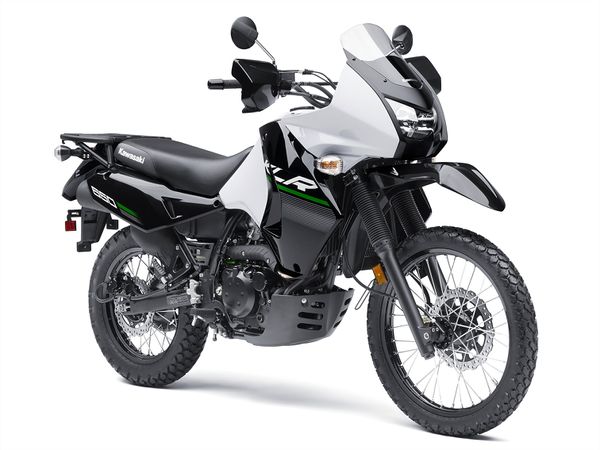 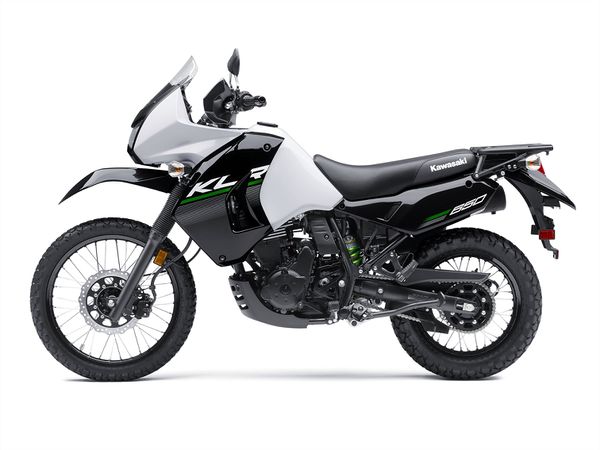 The 2015 MY Kawasaki KLR650 sports a 651cc four-stroke single paired to a five-speed manual transmission that delivers power smoothly to the wheel, whether one is sprinting offroad or cruising on the highway.

The 41mm front fork and the Uni-Trak linkage in the rear suspension offer the best response to a variety of situations one may encounter on or off the road. The 6.1-gallon fuel tank offers increased range for longer hauls.

The Japanese have updated the seat design in this model, making it slimmer at the front and 30 mm wider at the rear, increasing rider comfort. 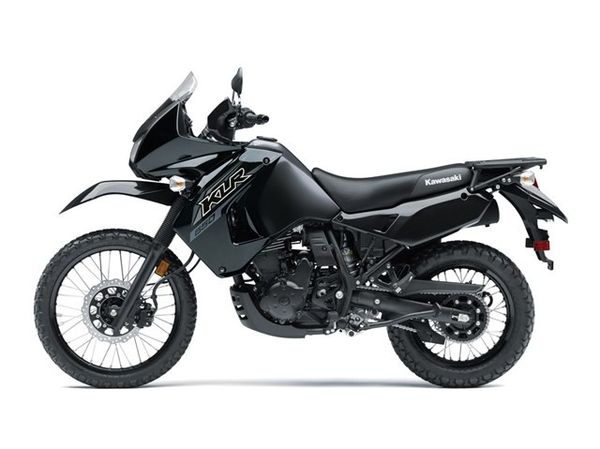 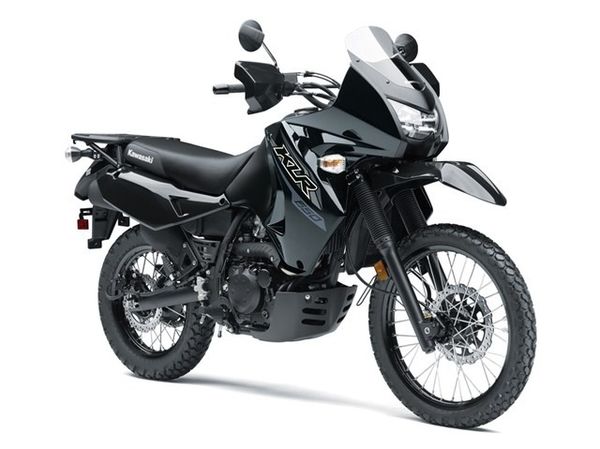 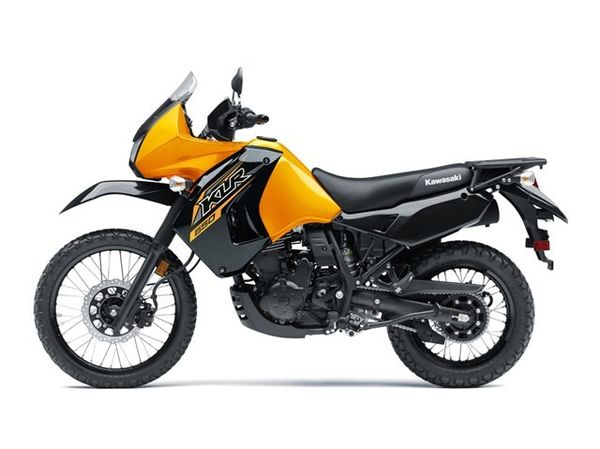 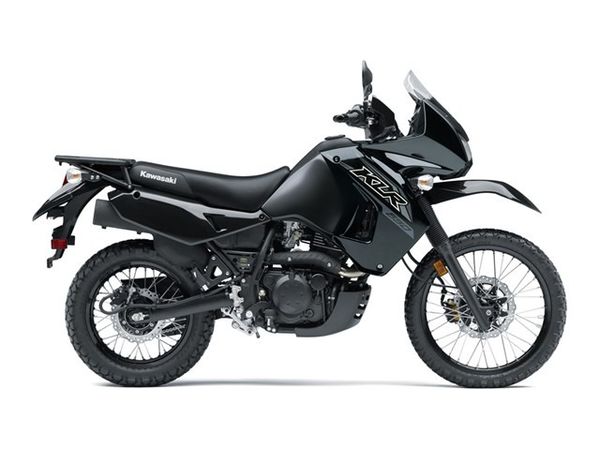 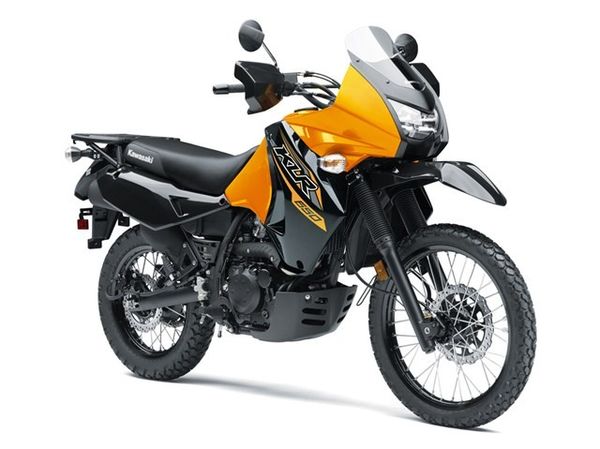