The Kawasaki Z650 was a motorcycle, with an engine displacement of 650cc featuring a double overhead camshaft. The gear box was five speed. This model was made from the mid seventies until the early eighties.

The Z650 was introduced to the trade in 1976 and was an instant hit. 64bhp was claimed with a dry weight of only 465lbs, making a top speed of nearly 120mph possible. But more importantly, this new model handled like no other Kawasaki. For once all the available power could be used in relative safety. The Z650 was truly the 'Son of Z1' having been designed the Grand Master himself, Ben 'Mr Z1' Inamura. The Z650 had the agility of a 500 with the performance of a 750 and was indeed the best Kawasaki so far.

Starting Frame Number: KZ650B-000001
This four-stroke four-cylinder motorcycle boasted double overhead camshafts just like the bigger Z1 and Kawasaki claimed 64 BHP from the 652cc motor. Unlike the Z1, the 650 used a plain bearing crankshaft and used a primary drive chain instead of a gear driven unit. A single 245mm disk was used up front with a 250mm drum on the rear, more than enough to handle this relatively lightweight bike. It was offered in two colors, candy super red or candy emerald green, the green proved very popular in the UK.

Starting Frame Number: KZ650B-027501
Two colors were offered for 1978, luminous dark blue or luminous burnt red. These proved to be unpopular and the B2 sold no where near as well as the B1. Very few other differences were made to the B2. The front brake caliper was reversed to the back of the fork leg and the front master cylinder was changed from a round item to a triangular one. The charging system was changed from a three-phase system to a two phase and the regulator and rectifier was now a combined unit. The cam chain tensioner was changed to an automatic unit and a hazard switch was added to the left-hand switchgear. Needle roller bearings were now used in the swingarm instead of the previous model bushes and slight modifications were made to the carbs to improve low speed operation. The fuel tap was replaced with a diaphragm type unit. There were also slight detail changes to the outer engine cases to incorporate the new lower case Kawasaki logo. The front footrests were now rubber mounted to combat vibration and the front forks were slightly modified.

Starting Frame Number: KZ650C-010001
This was better known as the Z650 Custom. It was only offered in the UK in one color metallic stardust silver, the same color as the recently launched Z1-R. The motor was a standard B2 unit but the custom was much modified elsewhere. Kawasaki fitted seven spoke alloy wheels with twin disks up front and a disk at the rear. The bold new graphics made this model stand out from the crowd and the C was a very good seller. The first batch of bikes in the UK came with a free color matched helmet.

Starting Frame Number: KZ650B-046201
The only difference over the B2 model was a change of graphics and a return to the original green and red colors. Sales once again picked up. The new lower case tank badges were also used. This time the red color was described as candy persimmon red.

Starting Frame Number: KZ650C-022801
The C3 was the first Kawasaki model to use the new all weather sintered disk pads and braking in the wet was much improved. The bike was once again only offered in one color, luminous dark blue. The Speedo now incorporated km/h markings as well as MPH and the rear caliper was changed to accept the new square sintered pads. The side panel badges were also slightly changed. Many considered the C3 to be the best of the range. This was the last of the C range in the UK although there was a C4 elsewhere, available in black or red.

Starting Frame Number: KZ650D-010601
Rumour was that the SR stood for 'STATESIDE REPLICA' and this was what Kawasaki thought a replica should be!. It was basically a C3 with slightly 'chopper' styling. Chrome plating was used on the headlamp shell, clock lowers and chain guard. The rear tailpiece was dropped in place of a painted rear fender. The front exhaust downpipes were crossed over and the mufflers were made a bit shorter. Only one color was offered in the UK, midnight blue which was really a purple color although other countries got a red version as well. The rear wheel was now a small but fat 16-inch item for that all-important custom look. In America there was also a D1 in 1978 and an E model, which were very similar but did not have as much equipment, having only one disc at the front and a drum rear brake.

Starting Frame Number: KZ650D-026001
The only difference over the D2 was a change in color and graphics. It was now offered in regal blue. France was still offered the midnight blue as an option.

Starting Frame Number: KZ650F-000001
The F1 was basically a cross between a C and a B model. It had the alloy wheels but kept the drum brake at the rear instead of a disk. It was offered in three colors, blue, red or green.

Starting Frame Number: KZ650F-007201
The F2 was much modified over the F1 model. It incorporated many of the larger Z750E parts. The motor was now finished in black and used CDI ignition instead of points. The front end from the 750E was grafted on meaning a change to the brakes, front wheel and clocks. It was offered in three colors, red, green or blue. The kick-starter pedal and shaft was removed from the engine just like the Z750E. A passenger grab rail was also fitted.

Starting Frame Number: KZ650D-028101
This model was never sold in the UK. It came in either blue or red and was basically a SR version of the F2 model.

Starting Frame Number: KZ650F-012401
There was one major change for 1982, CV carbs were fitted. The larger 32mm carbs also needed the air box assembly from the Z750E/L models. The F3 was offered in two colors, ebony or passion red. The front fender was now also painted to match the rest of the bodywork.

Starting Frame Number: KZ650F-014301
This was the last of the 650 models, Kawasaki was now concentrating on the GPZ range and there was no place for this previous best seller. The F4 was offered in two colors, galaxy silver or candy wine red. The outer engine cases were similar to the Z750L model.

There was also a Z650H model, not available in the UK. This was a 'CSR' model with chopper styling.

The engine was a liquid cooled twin, four-stroke. A 83.0mm bore x 60.0mm stroke result in a displacement of just 649.0 cubic centimeters. Fuel was supplied via a double overhead cams/twin cam (dohc). 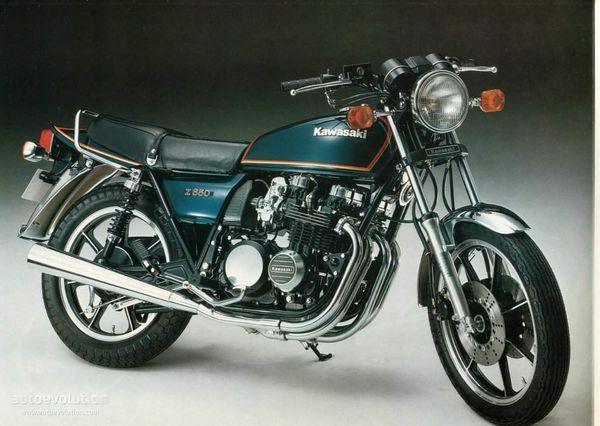 The Z650 is a motorcycle manufactured by the famous company Kawasaki for approximately 7 years, between 1976 and 1983. Thanks to its 4 stroke, 2 valves per cylinder engine, the motorcycle could reach a maximum speed of 190 km/h. 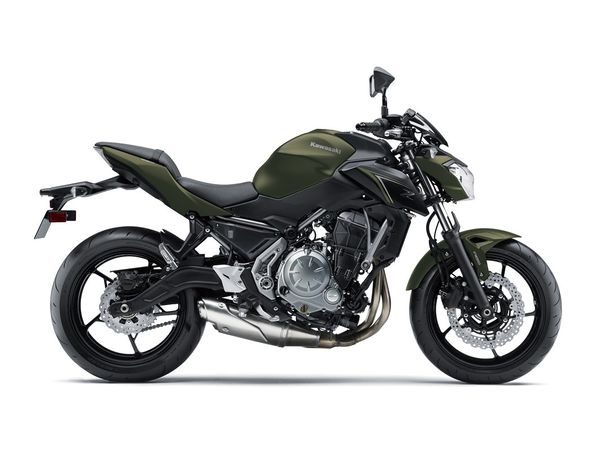 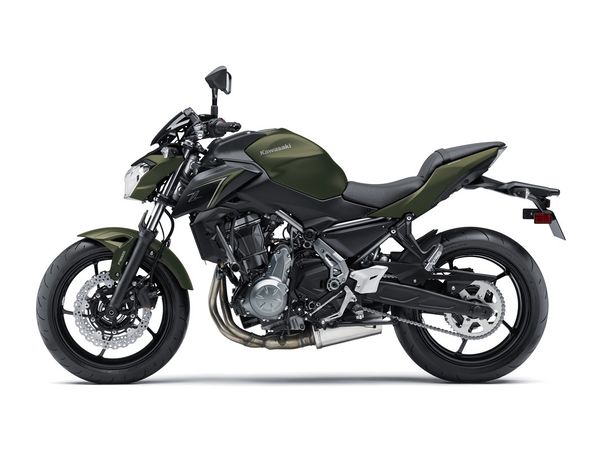 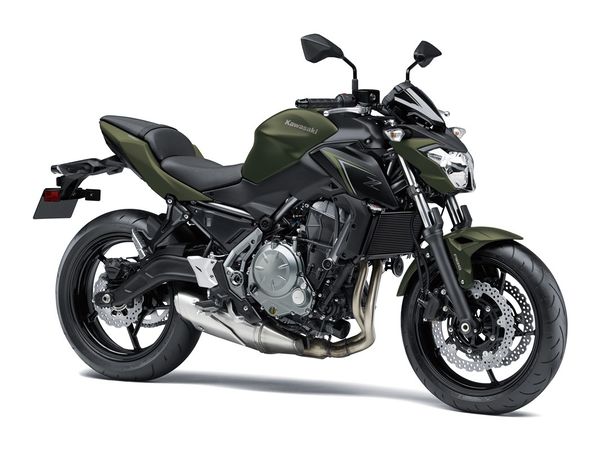 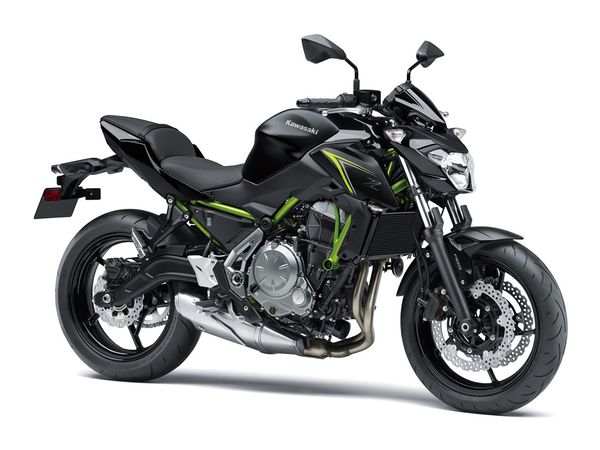 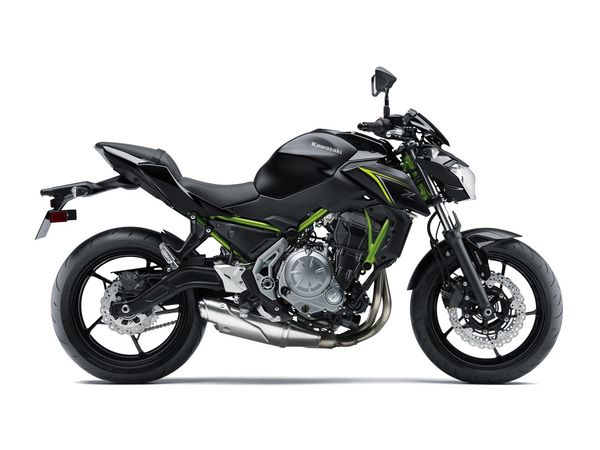 Aggressive, supernaked Z styling comes to life in an ideal blend of sporty performance and everyday versatility. Featuring a lightweight chassis that contributes to its overall light weight* and a strong, torquey engine at its core, the Z650 naked sportbike is a compact middleweight unlike any other. With each ride, smooth power and nimble handling make the Z650 incredibly fun and easy.​