It came with a 110/90-16 front tire and a 130/90-16 rear tire. Stopping was achieved via 2x discs 1 piston calipers in the front and a Single disc 1 piston caliper in the rear. The front suspension was a 37mm Air assisted forks, AVDS adjustable anti-dive while the rear was equipped with a Single air assisted shock adjustable for rebound damping. The ZX was fitted with a 18 Liters / 4.7 US gal fuel tank. The bike weighed just 195 kg / 430 lbs. 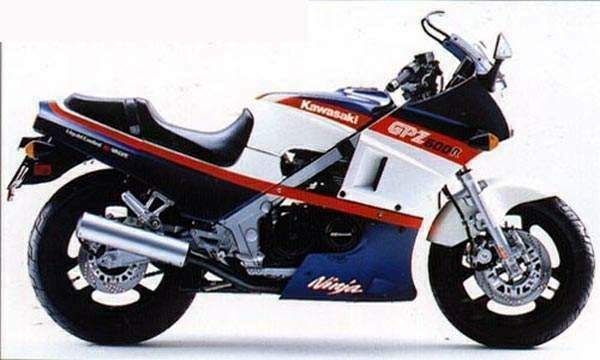 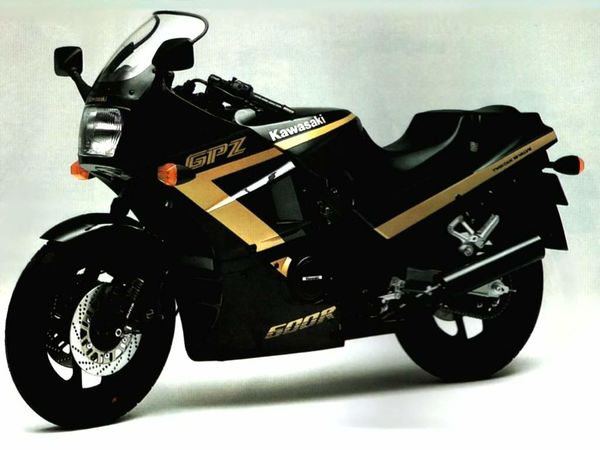 In the years we promise to provide you with a continuous stream of new models that will take the state of motor cycle art to unprecedented heights . . . thank you very much. Please enjoy inners and ..." sitting amongst the (for once politely attentive) throng desperately fighting back the waves of nausea sweeping over me, the mention of food by Dr Ohba. Kawasaki's No 1 man, spelt the final end of the evening's entertainment for WB?'s man in Spain. Legging it out of the hall under the disapproving gaze of the horde of J-model exec types flown over for the unveiling of the 600R, all I was destined to enjoy for the rest of the night was the cool comfort of the Great White Telephone. OK, so maybe I'd entered into the previous night's revelry a little too enthusiastically, inspired as I was by the tales of dubious deeds and alcoholic excess that seem to be a feature of all foreign trips. But no more so than some of the admittedly more experienced liggers amongst us. Besides, I'd already spent the day mastering a force 10 hangover. Fortunately a Spanish quack's diagnosis of food poisoning quickly stilled assertions by my gossiping compatriots that the feeble Dabbs nerve had finally snapped.