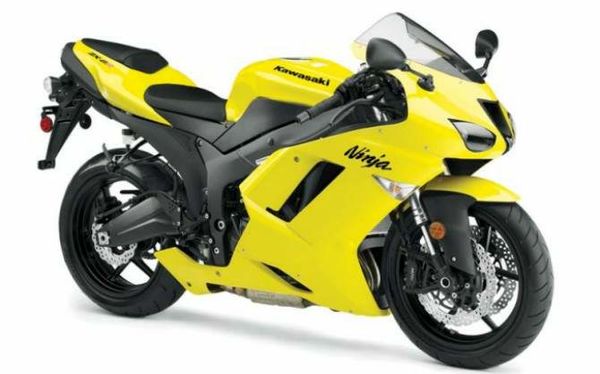 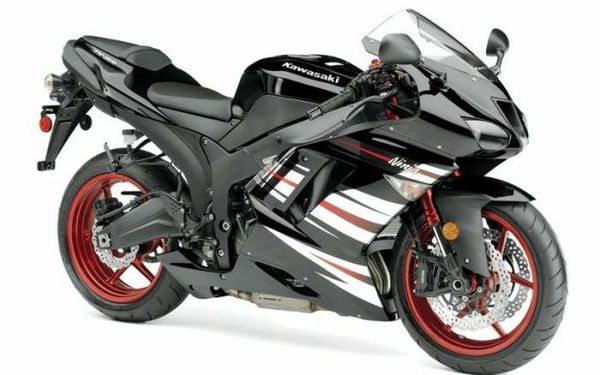 On the race track, the Kawasaki Ninja ZX-6R has already proven to be a winner and plans on taking its success on the streets, where riders will find it difficult to criticize and easy to fall in love with.

Kawasakis key of success on the track was the bikes ability to handle easy, take corners fast and sustain that feel with even more power when opening the throttle, so this is what they implemented on the 2008 street legal model also.

Every rider wishes to enjoy two wheels excitement on the best motorcycle in the class that he considers himself ready for and back in 1995, when the Kawasaki Ninja ZX-6R was first introduced, everybody knew who the leader was. The 600cc Ninja was placed way up front its competition with the help of its aluminum frame (a big first for the entire category), lightweight (401.2 lb) and great engine performance.

In the 90s, Kawasakis middleweight became known as the fastest accelerating middleweight motorcycle to ever see the streets (0-60 mph in 3.6 seconds) and, of course, it was identified with the help of its green color.

In 2002, Kawasaki decided that they have to remain class-leaders and in a desperate attempt, the cylinder capacity was increased from 600cc to 636cc. The bodywork was redesigned, resulting in a sportier looking machine. For 2003, the Japanese manufacturer continued by improving the engines performance with a fuel injection system which extracted more power from the four-cylinder engine. Now that the bike disposed of more horses, the rest of its features were adapted to the change. The chassis became lighter and stronger (an always benefic change) and the brakes now featured four pistons instead of six.

From now on the bike would suffer upgrades at every two years and 2004 model year was not among those years.

For 2005 the bikes engine became a quicker-revving unit (12,250 rpm) developing 105 hp and the frame and swingarm were upgraded. 2005 model year features a completely redesigned fairing, under seat exhaust and a black-painted aluminum frame. The 2005 model gave a big clue on how the bike will look in the future while the 2006 only received some new color changes.

The 2007 Kawasaki Ninja ZX-6R proves that engineers and designers really did their homework as the bike was totally redesigned. The engines cylinder capacity was decreased back to 599cc and tuned for high-revving performance. Also, the bike is more compact and a greater sharp-handler. 2007 model year carries over to 2008 without major changes. Competition It is easy to name a bikes competition, but hard to find the closest competitor for the 2008 Ninja ZX-6R as every Japanese manufacturer has entered the race with some very successful models. Honda has definitely caught the big wave with the 2008 CBR600RR as the bike is fitted with Dual Stage Fuel Injection, Pro-Link rear suspension, and HESD electronic steering damper, all destined to properly value the 599cc liquid-cooled inline four-cylinder. Featuring aerodynamic fairing and windscreen, the CBR600RR defines racing looks.

The completely new Yamaha YZF-R6 is one of the greatest middleweight sport bikes out there and it makes a great impression with the help of its 599cc liquid-cooled inline 4-cylinder; DOHC, 16 titanium valves, including YCC-I, Yamaha Chip Controlled Intake. This one doesnt feature an under seat exhaust, but it does have the sleekest looking fairing in its category. Last but not least, Suzuki GSX-R600 is characterized by the compact combination of chassis and a 599cc, four-stroke, four-cylinder, liquid-cooled, DOHC, 16-valve engine. The bike is equipped with advanced electronics, effective suspension and radial-mount brakes to not only make great power and accelerate quickly, but to handle efficient, also. Frankly, this bike looks like a Green arrow or a Candy Plasma Blue, Yellow or Ebony one. Kawasaki has the talent of creating sleek looking motorcycles with ease and this makes a product truly aerodynamic and an eye catcher.

The front of the fairing is defined through a central ram air duct designed to create a smooth pass towards the windscreen. On each side, theres a stylish headlight, each requiring space which creates better air flow towards the riders elbows when riding at high speed.

Each side of the fairing also features the very necessary and smooth-looking integrated signal lights with the Ninja handwriting above.

The fuel tank, seat and rear end are all designed to properly accommodate the rider and make it feel and act as an integrated part of the motorcycle. Frame, swingarm, and virtually everything that isnt faring or rim was painted matte black for more rough apparel and beautiful contrasts.