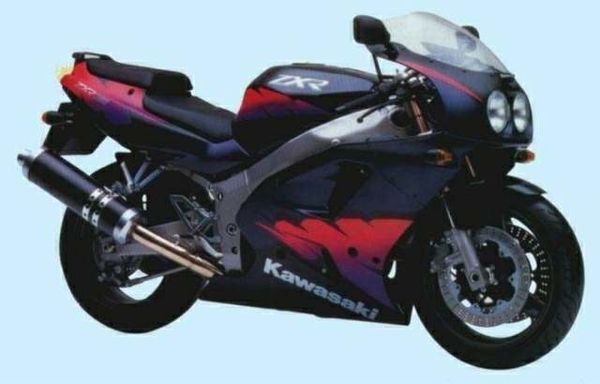 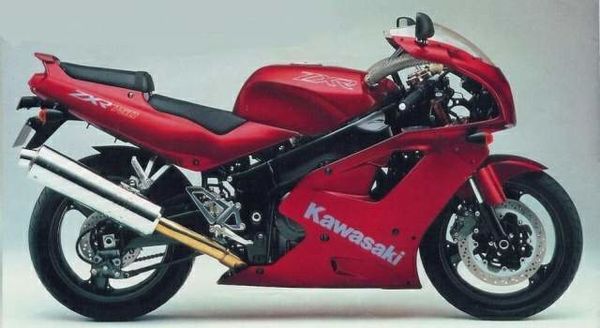 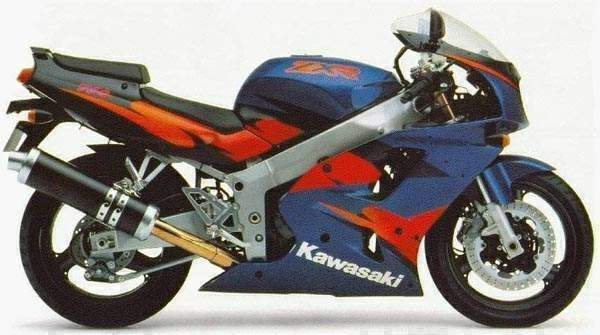 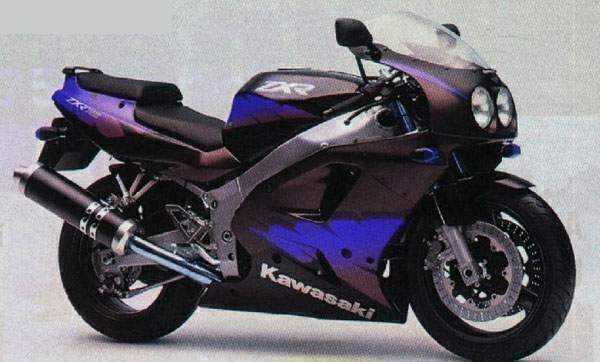 Useless stuff. Launched in 1991 the Kawasaki ZXR750 J was based on the 1989 to 1990 ZXR 750 H1 and H2 race replica supersports bikes and there are still plenty of these beasties around today. The ZXR750 was a good bike in its day and was used for some racing series and although the ZXR out handled rivals like the GSXR750 and 1100 it was blown away a few years later (along with the FZRs and GSXRs) by the Honda Fireblade.

The ZXR750 J was restricted to 100bhp due to an upcoming European 100bhp ban supposedly coming to Europe around the time the J model was launched, but, as with most European laws the BHP ban was scrapped and never came into force. Although the J model had less BHP then the earlier H models (107bhp) and the later K models (121bhp), the J model had good mid range power due to the lower brake horse power!

Although the ZXR750 J model was based on the earlier H1 and H2 models, unfortunately there arent many parts that are interchangeable between the 2 bikes as there were numerous changes between the H and J models (including different forks, engine and bodywork).

Buying advice. There are a fair few of these bikes around and you can pick up a good example with MOT for under £1000 privately. Because of the racing history behind these bikes there are LOADS of ex-racers around (and racing mods like Harrison Billet 6 race calipers can be picked up for these bikes as well!). These bikes were built to take a knock on the track (with beefed up yokes and spindles etc) so lightly crashed bikes can often easily be repaired. Obviously, the youngest of these beasts will be around 20 years old now so the bikes do look a bit long in the tooth and will have a few age related gremlins and they DONT handle like more modern counterparts. Parts to watch out for when buying.. Only parts to really check on the ZXR750 is the electrics (alternator, CDI etc) as these can be difficult to source. The radiators, which due to the racing design of the rad (curved) alot of the ZXR750 radiators were used on other racing bikes and good examples are difficult to get hold of now! And the upside down forks. Unfortunately, upside down forks dont fair well in the UK weather and, unless theyve been rebuilt and the stanchions replaced they are likely to need work and parts.

Performance mods. Apart from the usual Dynojet and K and N filter type stuff there is a relatively simple engine mod if you want a bit more from your ZXR750. If you put ZX7 pistons in a ZXR750 (it will need a rebore though as of ZX7′s are a couple of mms bigger bore) will increase the CC to around 790cc. Source whitedogbikes.com

The Kawasaki ZXR750 was perhaps the most brutal, most mental of all the Japanese 750s ever. While the bike was launched way back in 1989, its blue/green/white color scheme and hoover-tube air-intakes are instantly recognizable icons in the world of high-performance motorcycling even now. There was about 100 horsepower on tap. Top speed was around 250km/h. And the chassis/suspension combo was tuned with single-minded focus  to get you around corners as fast as possible.

The ZXR750 was replaced by the ZX-7R (and the more race-oriented ZX-7RR) in 1993, and these bikes remained in production till 2003. The ZX-7RR was raced successfully by riders like Scott Russell and Doug Chandler, whose combined efforts resulted in four AMA championships for Kawasaki, over a period of seven years. Russell also took the 7RR to World Superbikes, where he won the 1993 WSB championship.

The ZXR750 and the ZX-7R were significant superbikes of their time and kept Honda VFRs, Suzuki GSX-Rs and Yamaha YZFs on their toes! Source