It came with a 2 75 18 front tire and a 2.75 18 rear tire. Stopping was achieved via drum in the front and a drum in the rear. The front suspension was a hydraulic telescopic fork while the rear was equipped with a dual shocks. 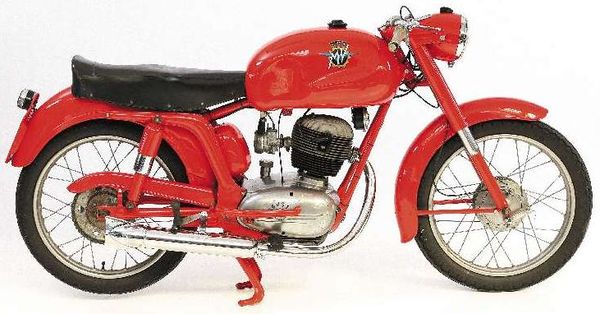 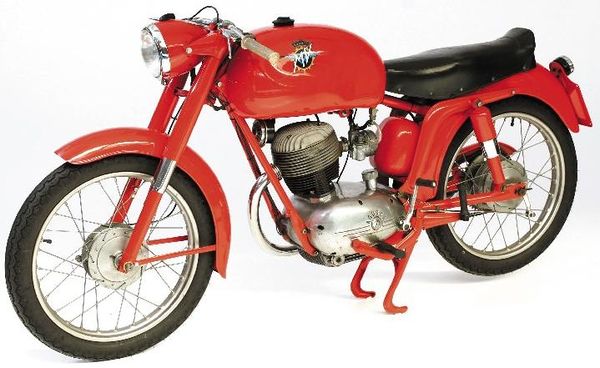 The 1960 MY MV Agusta 125 TRE Centomila sports an air-cooled, four-stroke, single cylinder powerhouse paired to a four-speed manual transmission, and can produce 7.5 horsepower at 6000 rpm. It comes with hydraulic telescopic forks in the front, dual shock absorbers in the rear and a drum based braking system both in the front and in the back.