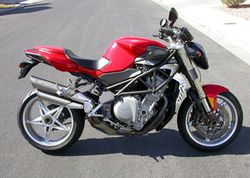 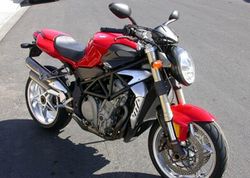 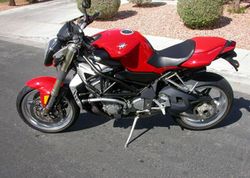 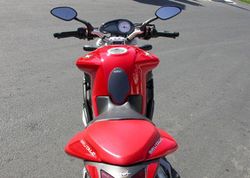 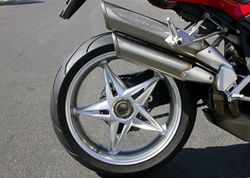 The engine was a liquid cooled in-line four, four-stroke. A 73.7mm bore x 73.7mm stroke result in a displacement of just 748.9 cubic centimeters. Fuel was supplied via a double overhead cams/twin cam (dohc).

The bike has a 6-speed transmission. Power was moderated via the wet, multi-plate.

It came with a 120/65-zr17 front tire and a 190/50-zr17 rear tire. Stopping was achieved via double disc in the front and a single disc in the rear. The front suspension was a upside-down telescopic hydraulic fork with rebound-compression damping and spring preload adjustment while the rear was equipped with a progressive, single shock absorber with rebound compression damping and spring preload. The Brutale 750S was fitted with a 5.55 Gallon (21.00 Liters) fuel tank. The bike weighed just 393.75 pounds (178.6 Kg). The wheelbase was 55.67 inches (1414 mm) long.

The 2001 MY MV Agusta Brutale Serie Oro is a limited edition machine, that is sure to fit the taste of the more adventurous among Augusta fans. It shares its engine with the F4 750, but all its other parts have been race-derived, and help it achieve unparalleled performance. It comes with a magnesium single-sided swingarm with magnesium support plates, a lower steering base also made out of magnesium, a Marzocchi 50 mm upside-down fork that has been treated in titanium nitride, and front disc brakes with aluminum flanges. In addition, a gold plate on the steering head is inscribed with the bikes serial number and the owner's name, its alloy wheels have been gold-plated, and the seat has a special tobacco color. 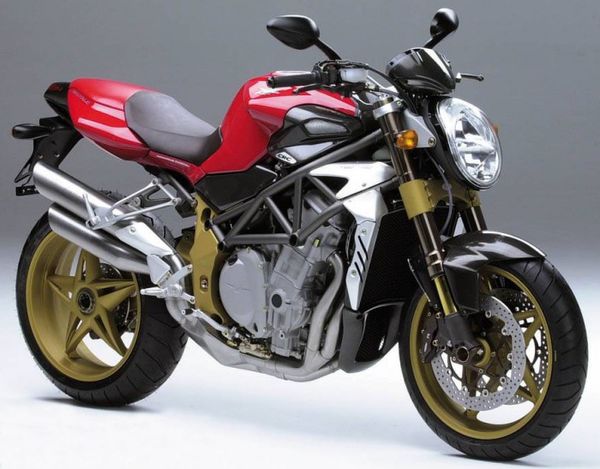 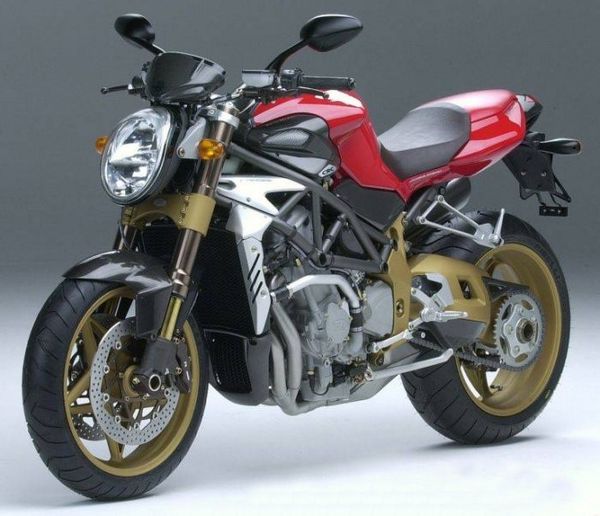 When it comes to aggressiveness in a motorcycle, few can top what the 2002 MY MV Agusta Brutale Serie Oro, both in terms of performance and styling. This limited edition machine sports features that set it apart from all other machines from the Italian brand, such as the magnesium single-sided swingarm, support plates and lower steering base, Marzocchi 50 mm forks with legs treated in titanium nitride, front disc brakes with aluminum flanges, a gold plate in the steering head that indicates the serial number and owner's name, a tobacco colored leather seat and an instrumentation with white background rev counter.

The 2003 MY MV Agusta Brutale Serie Oro is one of the most exclusive machines ever to be designed by the Italian engineers, and employs the use of state of the art materials such as magnesium and titanium in a number of parts, which not only improve its performance on the race track, but also make for a more comfortable machine for day to day use and reduce maintenance time. This limited edition also comes with a gold plate inscribed with the owner's name and the serial number which only adds to the desirability of this awesome machine. 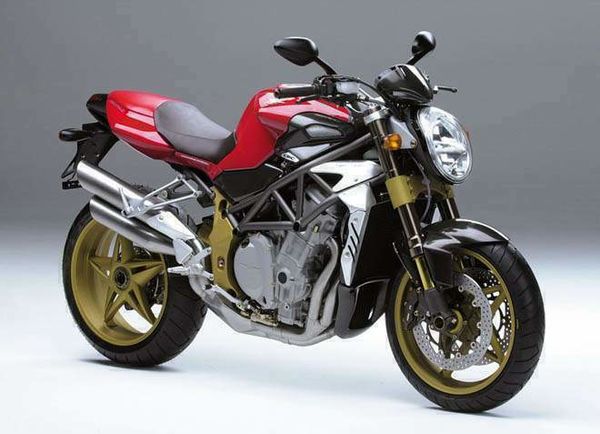 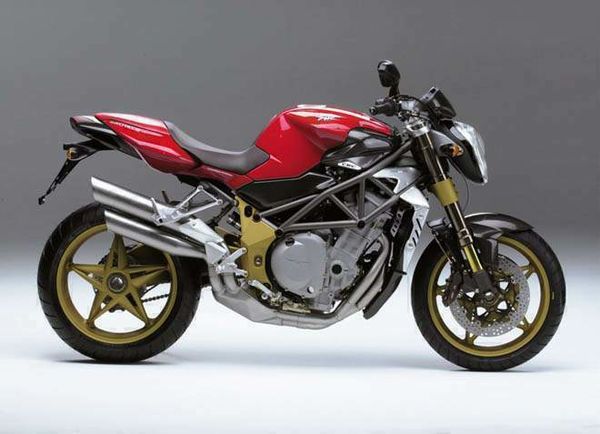 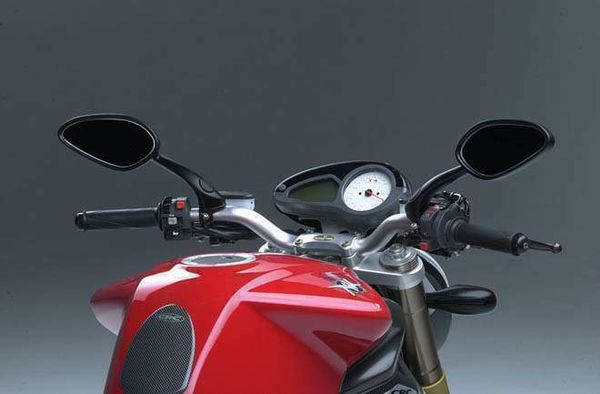 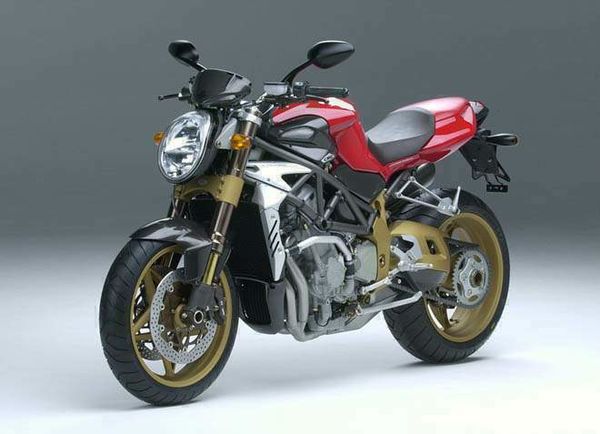 The 2004 MY MV Agusta Brutale Serie Oro has, at its heart, a liquid-cooled, four-stroke, 749cc, transverse four cylinder powerhouse paired to a six-speed manual transmission, and can produce 127 horsepower and 74 Nm of torque. As all the models in the Brutale series, it is based on the F4 chassis and engine, but with minor tweaks that further enhance its performance.

The most defining feature on this machine, and the one that appeals the most to Gusta fans, and not only, is its generous use of magnesium for most of its chassis, which is characteristic to the most modern and high-tech motorcycles in the world. 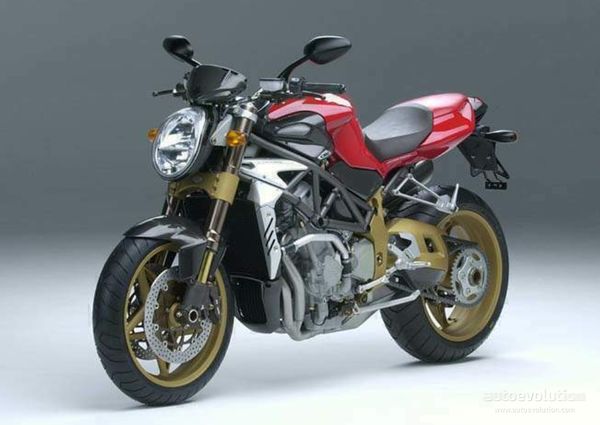 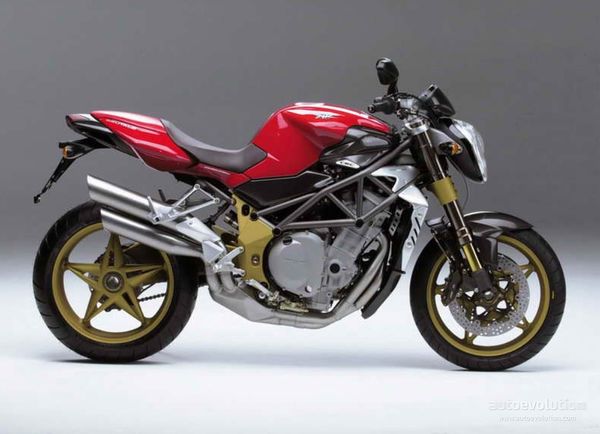 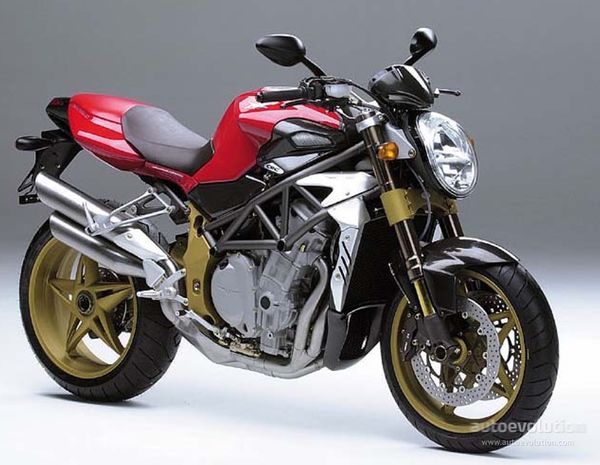 The Brutale bikes are clasified as naked bikes with 749.5cc and 909.1cc "hearts". From this category, Burtale 750S, 910S and 910R are the standard models, followed by the limited editions: Brutale Oro, Brutale America, Gladio, 910R Italia, the last one being created in order to celebrate the Italian national football team championship in the World Cup. 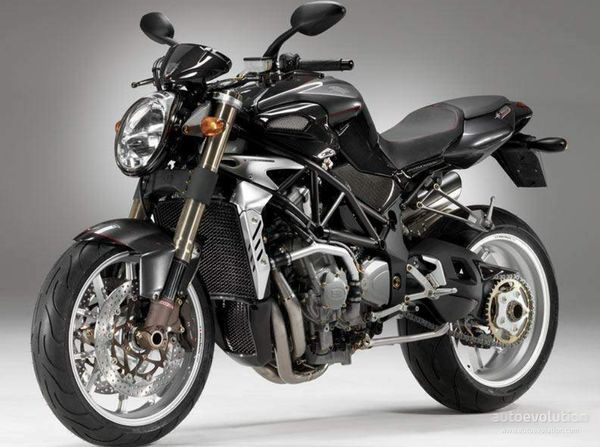 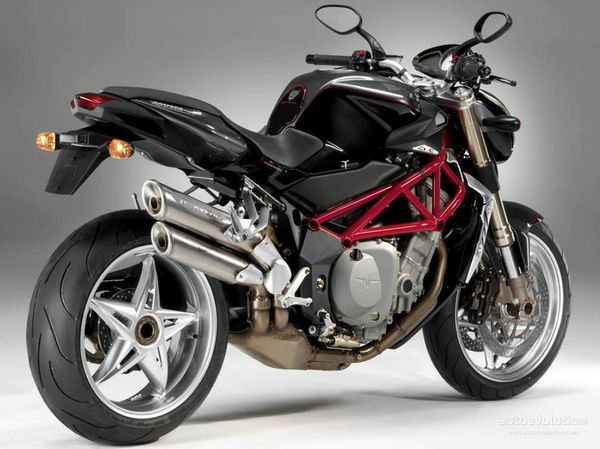 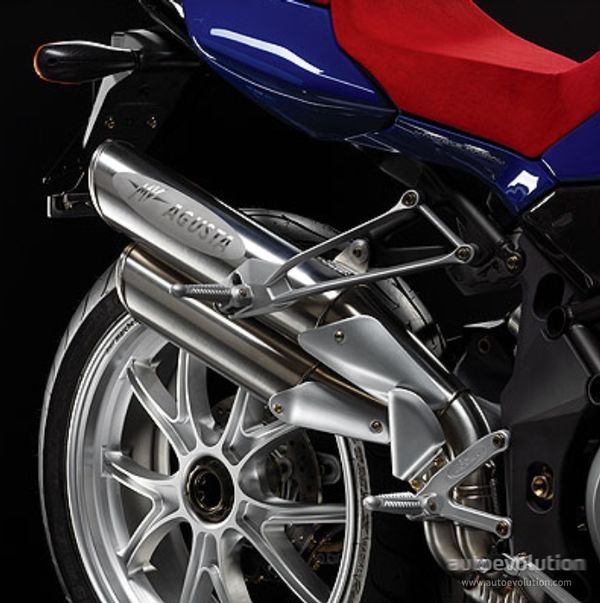 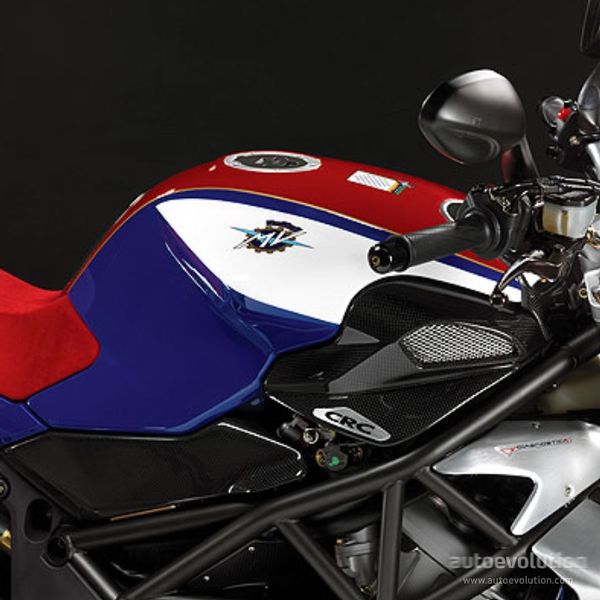 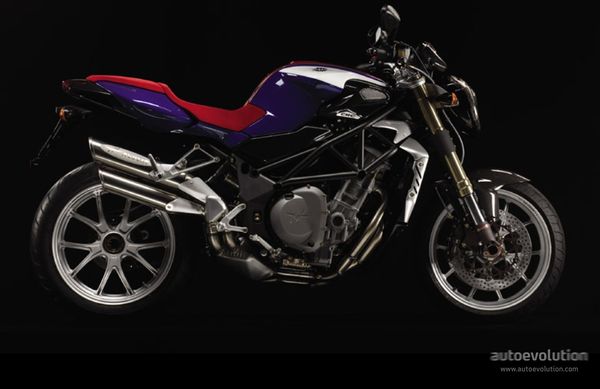