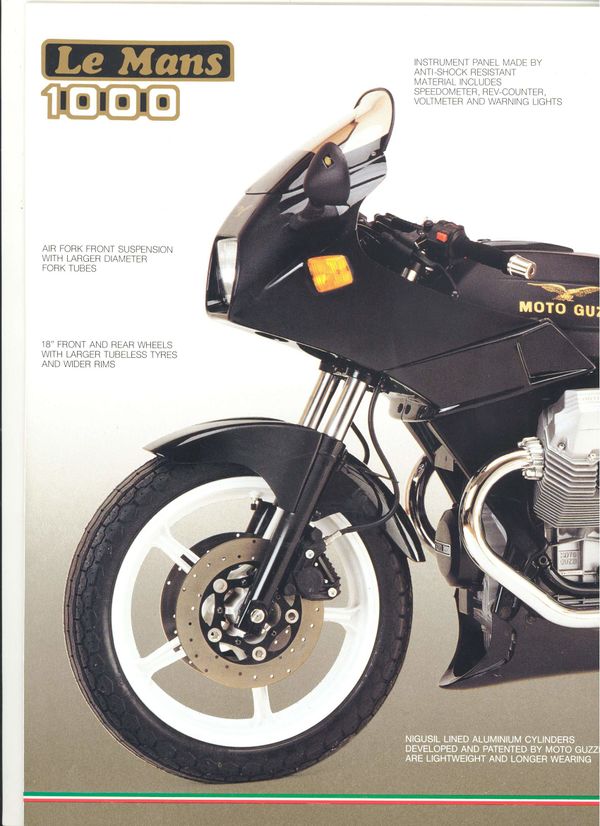 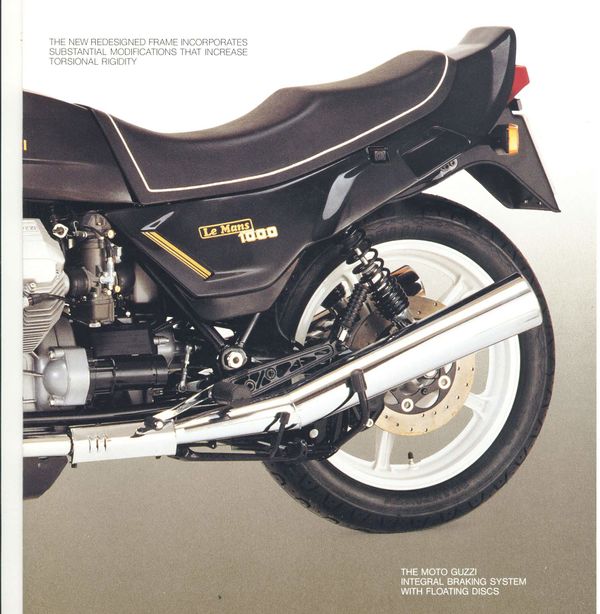 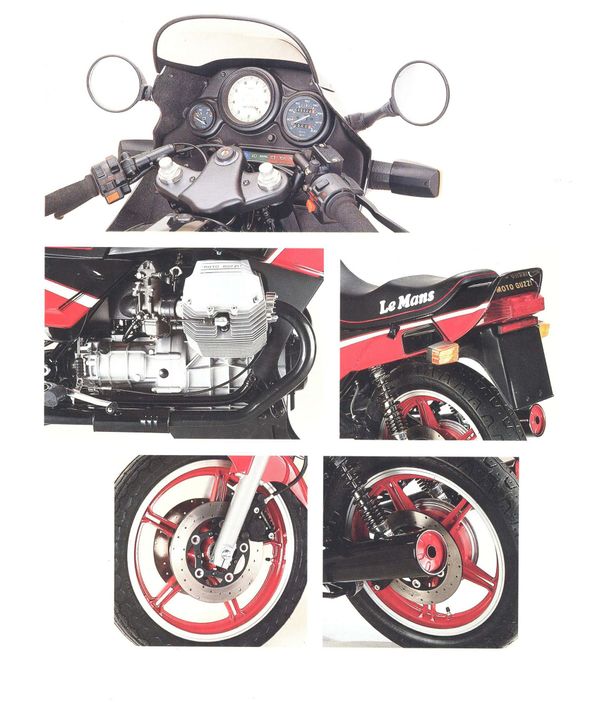 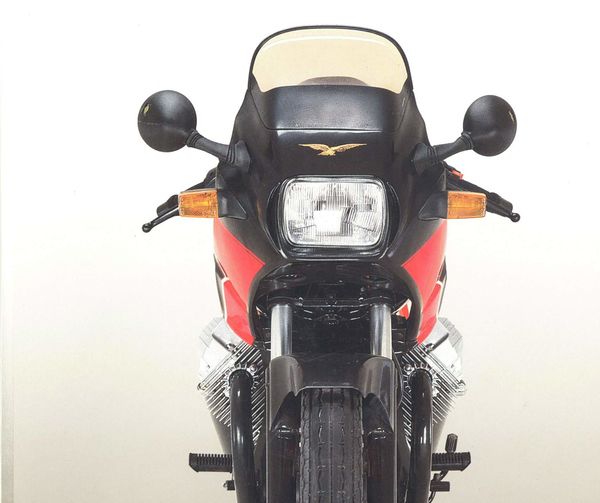 Fashions, with history as their treatment, have a habit of repeating themselves.  Although generally hysterical to contemplate, there are the odd exceptions that make one wonder if it really is worthwhile hanging on to those six inch heel, silver glitterflake boots and Bay City Roller tartan scarves, after all.

An admittedly tenuous analogy, but take for example, and for the sake of getting on with this roadtest, the 18 inch front wheel fitted to the Mk5 Le Mans. Whilst having all the hi-tec clout of a wet flannel, its reappearance betwixt the forks of this rightly hallowed and respected bolide has once again restored the marque's position in the 'desirable' rather than 'disgustingly dangerous' category of motorcycle ownership.

(The reason for the latter Mk4 classification, you'll recall, being the ludicrously fanciful fitment of a 'GP lookalike' 16 inch front hoop with a glaring absence of any change in frame geometry. The resultant catastrophic effect on handling being so profound, even the factory themselves eventually had to admit they'd dropped a bollock of similar diameter. No doubt the persons responsible for this travesty are currently devoting their bodies to pushing up Mafioso olive trees in the shadow of Mount Etna under a suitably circular effigy. May they rest in peace. Please.) This re-application of sensibility in the steering department is joined with a warm welcome by several other small but significant improvements. The relatively modest fairing is now frame, rather than handlebar, mounted allowing a one-piece (rather than two dodgy bit) construction which pays out in increased directional stability and rider protection. The switchgear is new and no longer engenders fear and loathing at every junction via working properly (gasp!). And best of all, the quality of finish suggests that Luigi must have had at least one eye open when the paint was being applied. Pity he was color blind, though. There's not much point in a full nuts and bolts description of the 948cc vee twin engine as it's identical to the lump found in the Mk4 which in turn is, give or take a few rotations of the boring bar, all but the same as the original Mk1. And true to tradition it still makes sufficient torque to warrant a plough attachment as standard fitment, clatters like a locusts' gangbang, and takes several thousand miles to run-in. Although questionable, this last feature was more than discernable on our test bike. With little more than 1000 miles showing when collected, it initially felt tight and lumpy with a noticeable patch of vibes at around 45()()rpm. Two weeks, MIRA, dyno and a couple of thousand miles later, all the rough edges were sloshing around in the sump and there was an appreciable smoothness that just hadn't been there at the start. Perhaps it was just me getting used to it but people have been giving it the benefit of the doubt for years and I'm not going to start upsetting them, for now at least.

Something that is beyond any predictable suspicion, however, is the Mk5's handling. Lazy frame angles and soporific wheel sizes working through stubby clip-ons dictate riding the Le Mans quickly requires more rider input than a broken fag machine. Cornering demands much the same technique as getting a seat at the Cup Final in that it's best to book your place well in advance. Similarly, it should be remembered, failure to do so can result in more than just disappointment. . . All the above mixed in with a joysome helping of shaft torque reaction shows up a rider's faults more than a three hour confessional ever could. You have to be smooth, decisive and committed. If you are, the Le Mans is one of the best seats in the house. If not, you might as well stay at home and take up weightlifting-you'll find it a lot more relaxing. Unlike its engine, the Le Mans' suspension showed a staunch reluctance to soften up however far the bike was ridden. The front braced Bitubo fork does have adjustable damping, but the difference between maximum and minimum will be discernable only to those who can differentiate between reinforced and ordinary concrete. Koni Dial-a-Rides at the rear were slightly more compliant but only the addition of a blacksmith's anvil to the pillion would require the use of any more than minimum preload. This arthritic tendency is also prevalent in the throttle's struggle to keep daylight underneath the 40mm Dellorto carb slides against the thrust of their road-drill-reject return springs. Being Italian it passes the buck, and hence all the effort, to the rider's right wrist. This, combined with the front anchor's preposterously vice-like requirement for even moderate braking, makes for handshakes that would bring tears to the eyes of even the most fanatical freemason. I'm sure that the fitment of an antagonistic two-way throttle could partially alleviate the problem in much the same way as the linked rear brake compensates for the front. Even if it didn't, you could suffer in the knowledge that at least you'd tried. If those are the bad points, and I'm not suggesting that they necessarily are, take solace in the fact that the clutch is light; the riding position is comfortable for 200-mile stints and the 24 litre fuel tank only needs filling every 250 miles, even when cruising at a ton. Performance wise it doesn't really cut it with the GSX-Rs of this world, but then that fact has been redundant for years already. Sorry for repeating it. The Mk5's overall picture, and salient attribute, is one of gradual refinement rather than (apart from the aforementioned hiccup) radical change. A two-wheeled equivalent, if you will, of the Porsche 911 - itself a sporting enigma even by its own constructor's admission -the 1988 Le Mans is as good as it has ever been, which is no bad thing at all.