It came with a 120/70 VR17 front tire and a 160/60 VR17 rear tire. Stopping was achieved via dual disc in the front and a single disc in the rear. The front suspension was a 50mm upside-down telescopic Marzocchi forks while the rear was equipped with a WP monoshock cantilever swing-arm. The Daytona RS was fitted with a 6.08 Gallon (23.00 Liters) fuel tank. The bike weighed just 491.63 pounds (223.0 Kg).

After having success with the Le Mans, Moto Guzzi created a new bike which became the first member of a new generation, Daytona. The 1000 Daytona model, designed by John Wittner, had a revised 992cc V-twin, air cooled engine. 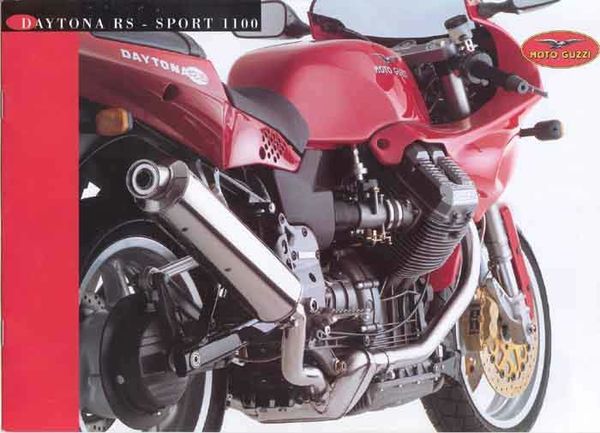 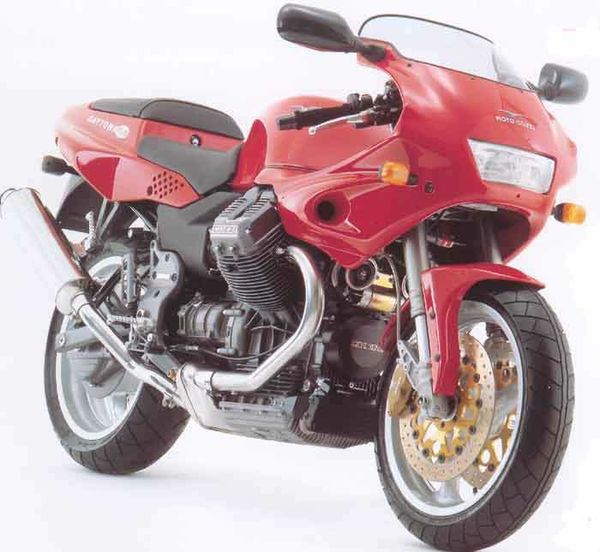 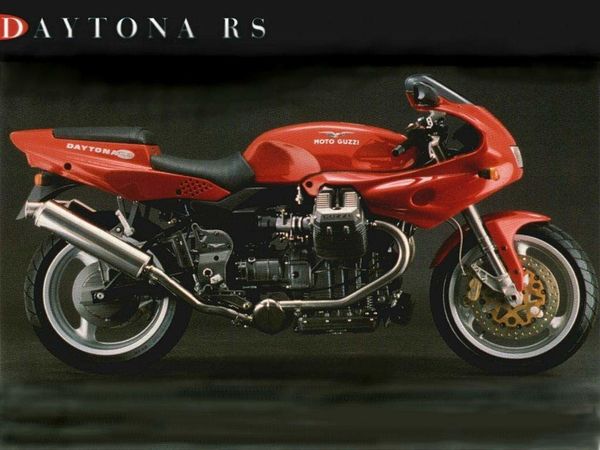 The most uncompromising sporting Moto Guzzi of the late 1990s was the Daytona RS, a four-valve raceable sportster of 150 mph potential. It was probably the best Moto Guzzi ever built in terms of the technology of its design and manufacture and its handling was superb. But the sales success of the 1100 Sport overshadowed it, so the Daytona never sold in the numbers it might have. Doubtless in time it will become a much sought-after classic.