The bike has a i transmission. Power was moderated via the Wet multi-discs.

Stopping was achieved via Drum in the front and a Drum in the rear. The front suspension was a Fork parallelogram in stamped sheet folded with a central mainspring biconical compression while the rear was equipped with a Swingarm sheet printed and boxed, with two compression springs. The wheelbase was 46.69 inches (1186 mm) long. 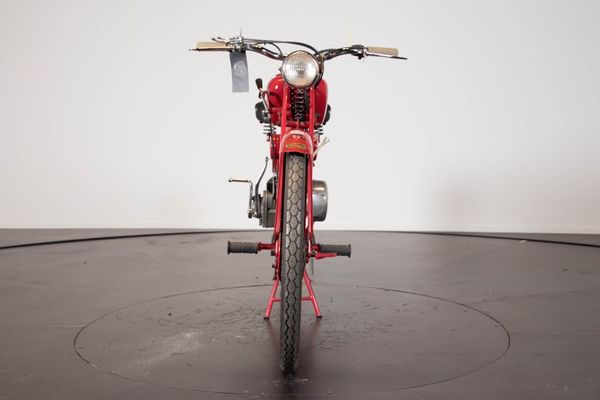 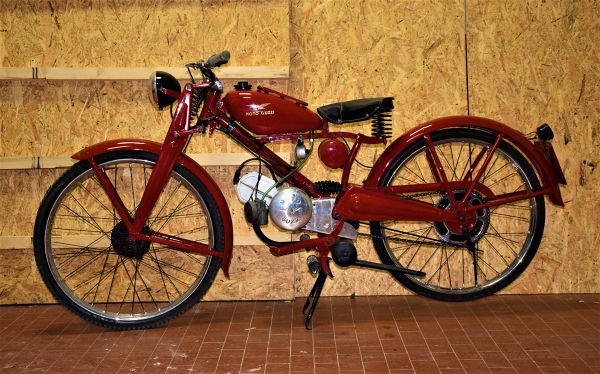 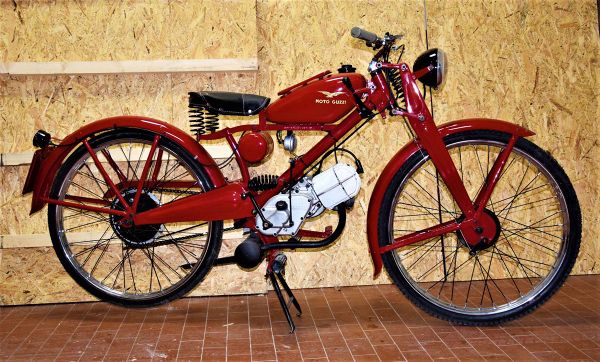 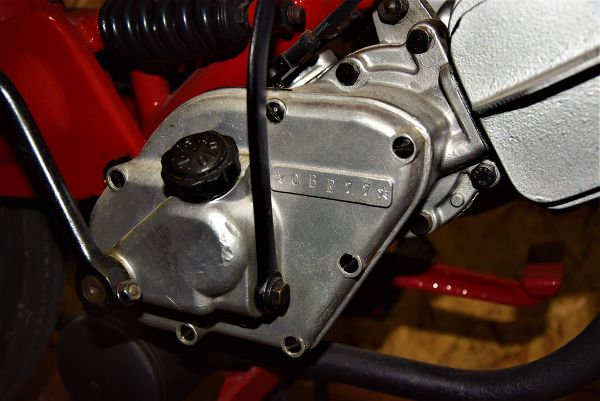 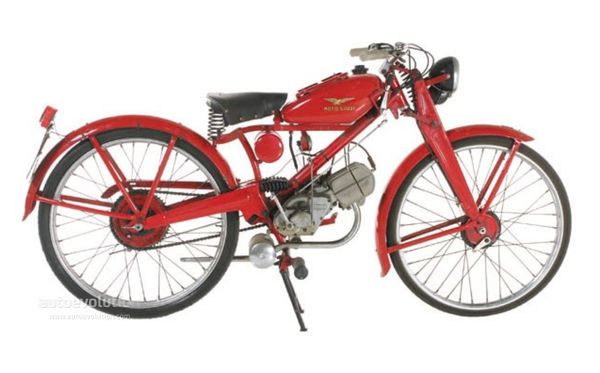 The Motoleggera 65 was the first new model to come out of the Moto Guzzi factory after World War II and around 70.000 were produced from 1946 to 1954. The ‘Guzzino’, as it was affectionately called, offered the nation’s war-torn masses mobility for very little money and until 1951 it didn’t require road registration in Italy. By the end of the war, was at Moto Guzzi develop already engaged two of these models: a 125 cc two-stroke clip-on engine, Hummingbird and a prototype four-stroke motorcycle. Both the production phase did not make it.