The bike has a Gears transmission. Power was moderated via the Dry clutch.

It came with a 120/70 ZR17 front tire and a 180/55 ZR17 rear tire. Stopping was achieved via Double disc, 320mm, stainless steel floating disc, 4 piston calipers, ABS in the front and a Single 282mm steel disc, 2 piston caliper in the rear. The front suspension was a Telescopic hydraulic fork with 45 mm, preload adjustable while the rear was equipped with a Single arm suspension with progressive linkage, rear shock absorber adjustable in rebound and pre-load (hydraulic). The Norge 850 was fitted with a 6.08 Gallon (23.00 Liters) fuel tank. The wheelbase was 58.9 inches (1496 mm) long. 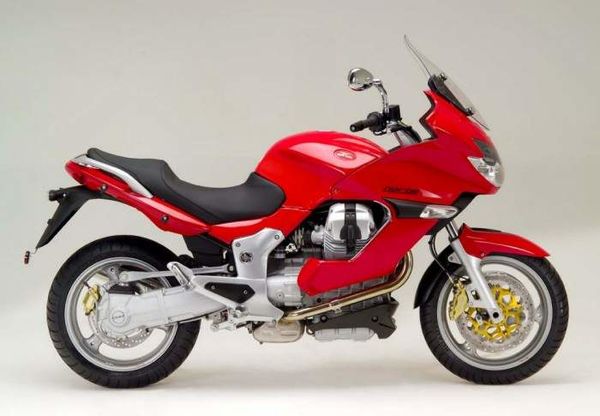 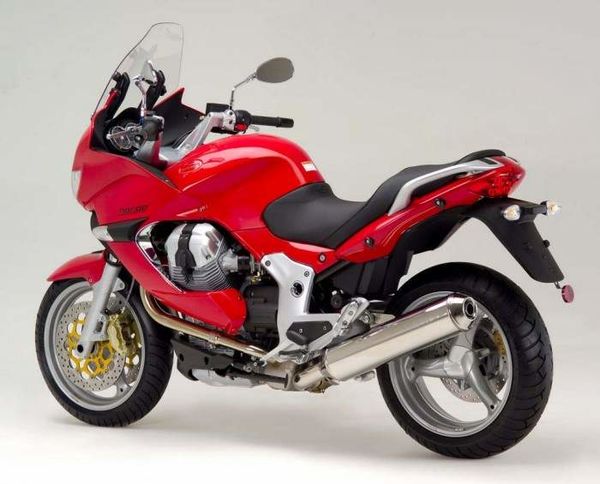 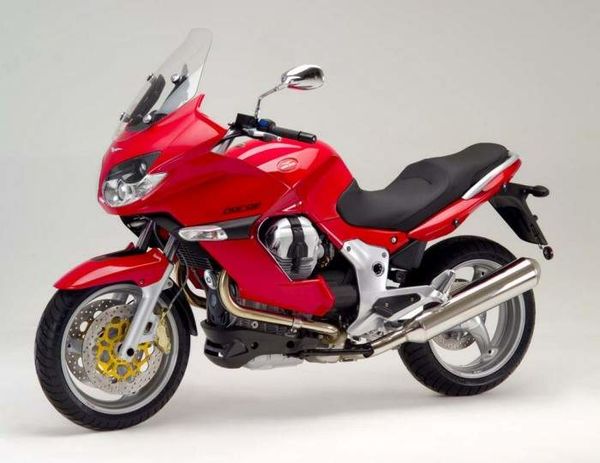 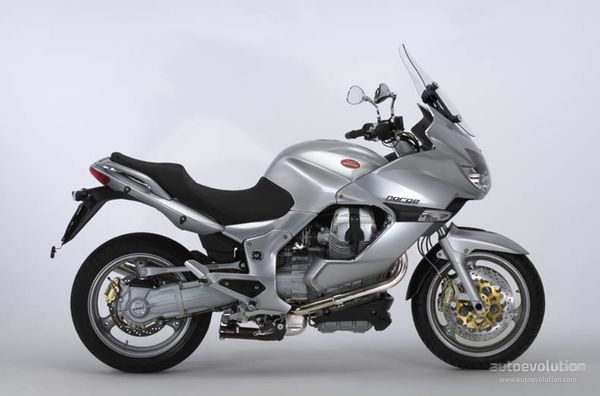 The Norge 850 has the same elegant and dynamic design of the 1200 version, with excellent ergonomics and comfort and short wheelbase to make it competitive even in the traffic. Moto Guzzi says that both the Norge 850 and the Norge 1200 are dynamic and responsive. 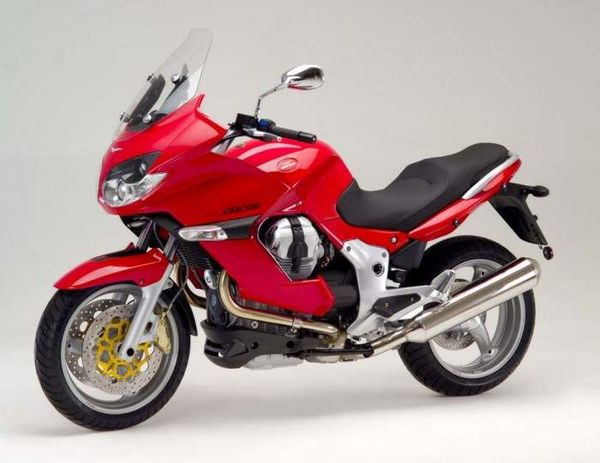 The smaller brother of the mighty Norge 1200, the 850 model is an excellent all-rounder which can be ridden daily to work, still boasting touring capabilities when loaded with accessory storage. This machine retains the comfort-focused engineering of the bigger tourer, but addresses riders who are looking for a middleweight bike.

With a hefty dose of sporty character this machine has all it takes to proudly sit in the sport-touring class. However, given its unmistakeable transverse v-twin, the 2008 Norge 850 is a head-turning appearance and many will dream of throwing a leg over it.