The Motorhispania RYZ Pro Urban was a single cylinder, four-stroke Supermotard motorcycle produced by Motorhispania between 2006 and 2010.

The engine was a liquid cooled single cylinder, four-stroke. A 40.3mm bore x 39.0mm stroke result in a displacement of just 49.7 cubic centimeters. Fuel was supplied via a overhead cams (ohc).

The bike has a 6-speed transmission. Power was moderated via the wet multidisc. 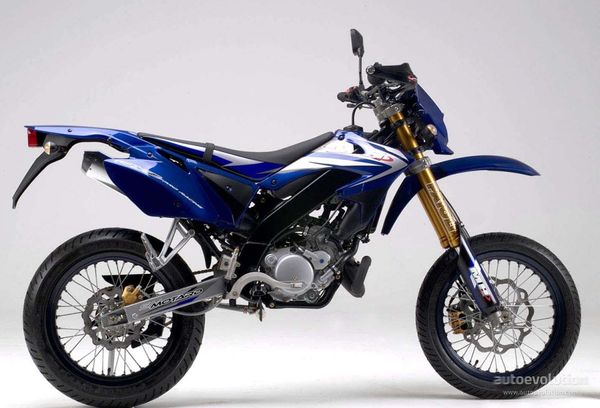 The Motorhispania Ryz SMmodel is a Super motard bike manufactured by Motorhispania. In this version sold from year 2006, the dry weight is 95.0 kg (209.4 pounds) and it is equiped with a Single cylinder, two-stroke motor.