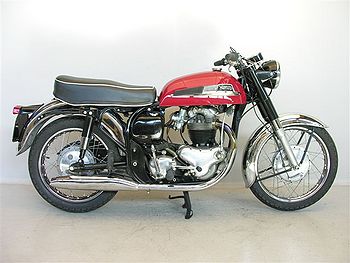 The Norton Atlas was built in the early 1960s and formed the stepping stone between the Dominator and Commando ranges of twins. Bert Hopwood’s 497cc Dominator engine was stretched out to 745cc in an attempt to satisfy the American market’s desire for bigger, beefier bikes, and initially the Atlas was only available in the States.

The 73mm by 89mm motor ran lower compression than the Dominator's at 7.6:1 and was fitted at first with just a single 376 Amal monobloc carb. Maximum power was around 55bhp at 6500rpm. The result was gutsy low-rev performance but unacceptable vibration higher up the rev range. There’s a story that the factory testers came back from their long-distance trials with hands badly swollen from the vibes, and dropping the compression ratio helped somewhat (and gave the crank a better chance of a longer life…)

In 1963 Cycle World managed to hit 119mph on an American Atlas (not quite 150 then), and covered a standing quarter mile in 14.5 seconds. In regular use, owners would often see 110mph, and could normally stop from 30mph within 32-feet. Despite those problems with vibration which the factory testers encountered, Cycle World found it was ‘a most pleasant motorcycle to ride for long distances – especially if high average speeds over twisty roads are a factor. Despite its size, it handles with agility and can be zipped through S-bends like a lightweight.’ The Americans did notice the vibes but felt that the Atlas was ‘not really any worse than any other big-displacement twin’ of the time.

In 1964 the Atlas gained 12-Volt electrics, an extra carb and wider yokes, and a version was finally put on sale in the UK with flat bars and twin clocks. The Atlas continued to be built until 1968 but by then the Commando had seized the spotlight.

If you’re looking to buy a Norton twin today then an Atlas tends to come second to the more easily-available Commandos and Dominators, so it’s become a choice only for the cognoscenti. Roy Bacon reckons that the Atlas ‘offers the greatest capacity of the Dominators but also the most vibration. However, for sheer low-down power and easy cruising it has much to offer.’

And the Atlas certainly has its fans. ‘Although the Atlas has a reputation for excess vibration’ says Frank Westworth, ‘I prefer it to the 650SS which is often harsh.’ Cycle World agreed: ‘the Atlas may not rev too freely but it pulls so strongly from 2000rpm that no one with any sense will care. Simply twist the wick and the bike moves away like the rocket for which it was presumably named.’

Plus there’s all those exotic Atlas-engined specials, like the Dunstall racer and the Metisse, and the factory-built Atlas-powered AMC-Norton hybrids, so the 745cc engine certainly proved popular enough at the time. 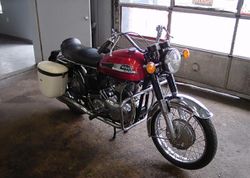 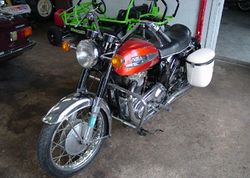 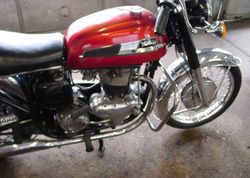 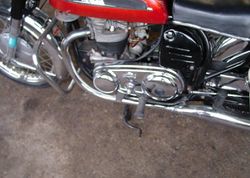 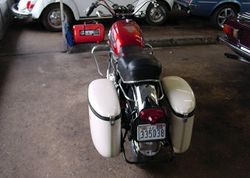