The bike has a CVT transmission. Power was moderated via the dry, centrifugal, automatic. 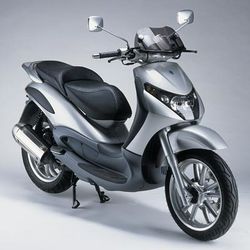 Before you get in your car on Monday morning, ask yourself this: Are you looking forward to your commute? Get yourself a BV and you will. Twist the throttle and traffic disappears behind you. Powered by a Piaggio single cylinder, four-stroke engine with an automatic transmission, the BV is the ideal vehicle for stop-and-go situations.

Front and rear disc brakes mean braking couldn't be easier, while the BV's 16" wheels and dual shock absorbers make for the smoothest ride in scootering. The BV carries you and a passenger with comfort and style. Underneath the plush, split-level seat is a lockable storage compartment.

Add on an optional top case and side compartments and you'll have more than enough storage for urban errand-running or longdistance travels. 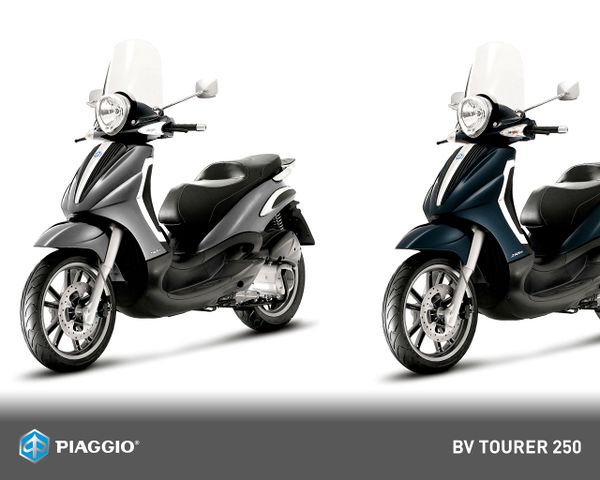 The 2009 MY Piaggio BV Tourer 250 sport a liquid-cooled, four-stroke, 244cc, single cylinder Piaggio Quasar lump mated to a continuously variable transmission, that can produce 22 horsepower and 20 Nm of torque. It addresses scooter fans who want a machine capable of going the extra mile, both solo and two-up. It comes standard with a large, front windshield, a dual hydraulic shock absorber with four-position spring pre-load, as well as a two-up seat with pillion grab rails and an under-seat and front storage compartments. This makes for a comfortable, maneuverable and fairly powerful scooter, which also allows the rider to spend more time in the saddle. 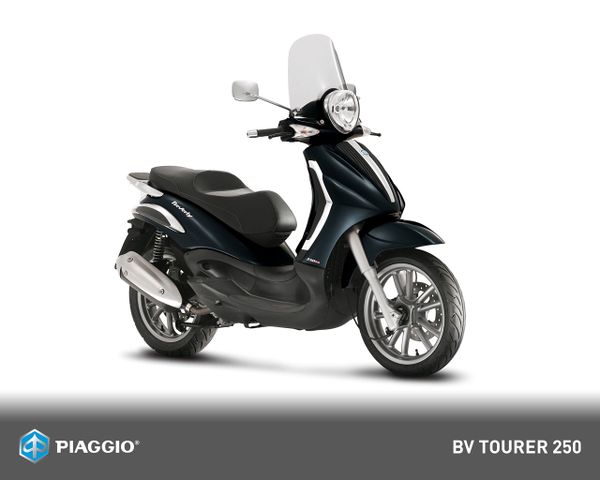 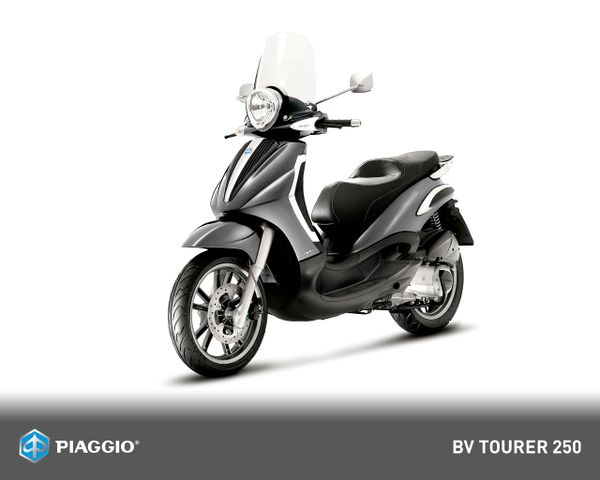 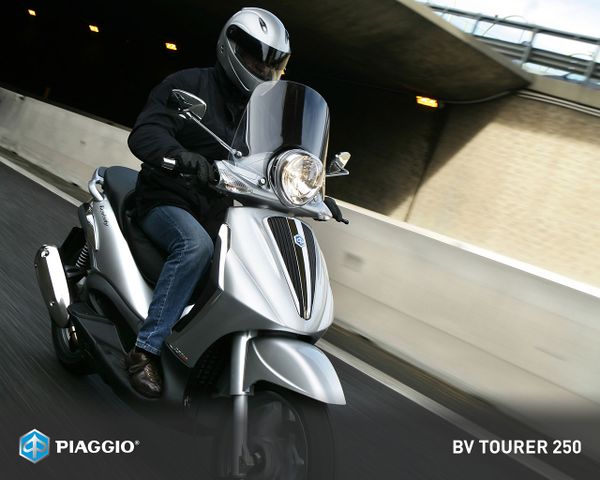 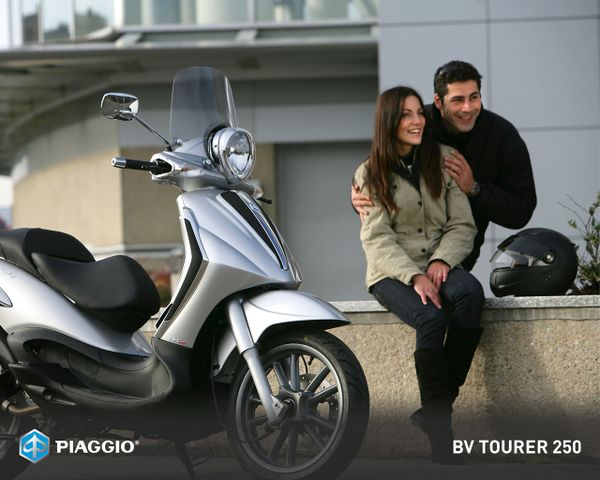 For scooter fans who want a lightweight, agile, and yet, gritty two-wheeler capable of going the extra mile, the Italian engineers from Piaggio have lauched the 2010 MY Piaggio BV Tourer 250. At its heart lies a liquid-cooled, four-stroke, 250cc, single cylinder Quasar powerhouse mated to a continuously variable transmission (CVT), and can produce 22 horsepower and 23 Nm of torque. Also, it comes standard with a two-up seat, passenger grab rails, a windscreen, for enhanced protection against the elements, and big (in the scooter world), 16" wheels, which not only increase maneuverability, but also make for a more fast scooter. 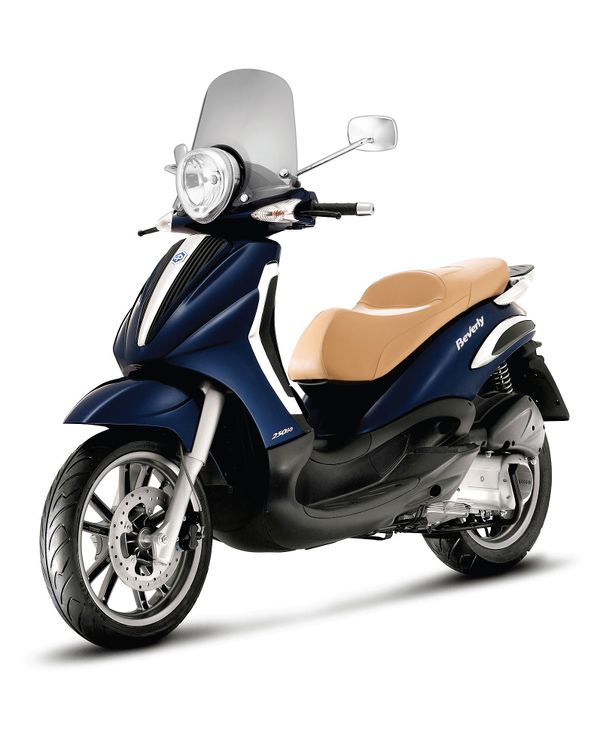 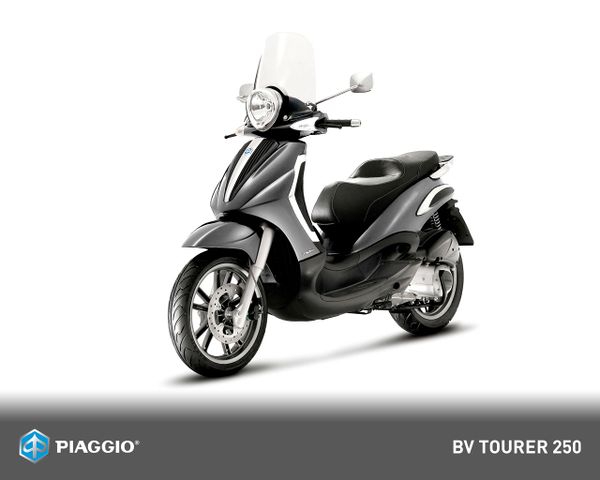 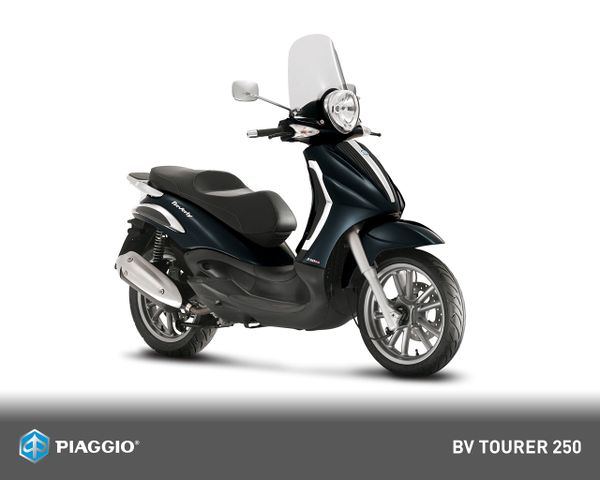 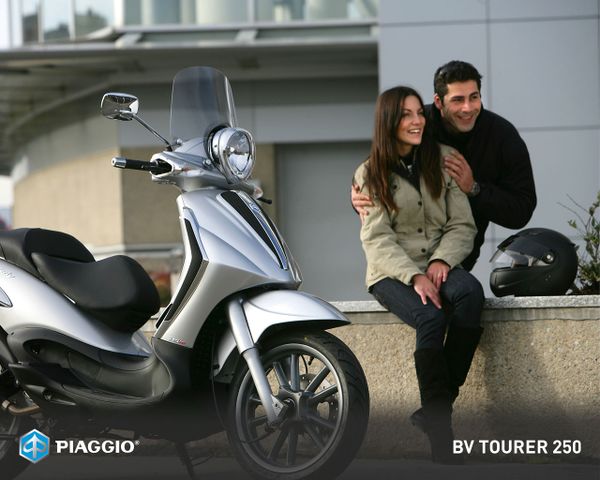 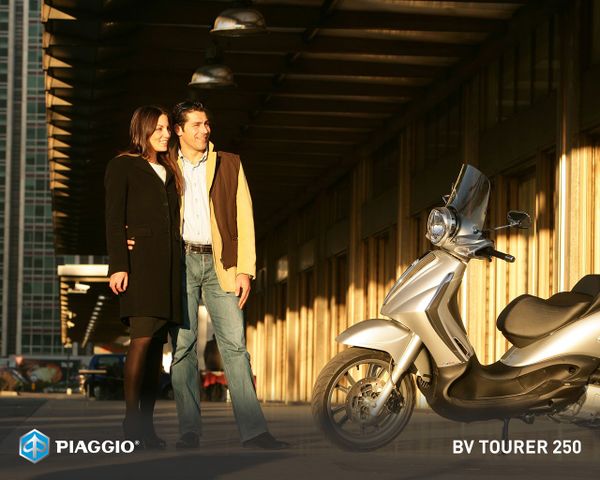 The 2011 MY Piaggio BV Tourer 250 addresses scooter fans who want a gritty machine capable of longer trips, solo or two-up, but which still are nimble and lightweight enough to give that unmistakable scooter feel. At its heart lies a liquid-cooled, four-stroke, 250cc, single cylinder Quasar lump paired to a continuously variable transmission (CVT), and can produce 22 horsepower and 23 Nm of torque. In addition, it comes with a large, front windshield, dual hydraulic, rear shock absorbers with a four position spring pre-load, as well as beefy 16" front and rear alloy wheels, which increase its agility and stability, at the same time.