Showa Corporation (株式会社ショーワ, Kabushiki-kaisha Showa) is a manufacturer of high-performance automotive, motorcycle and outboard suspension systems based in Gyoda, Saitama in Japan.

The relationship between Showa and Honda developed over the years, with Honda Racing Corporation accounting for more than 50% of Showa’s business. 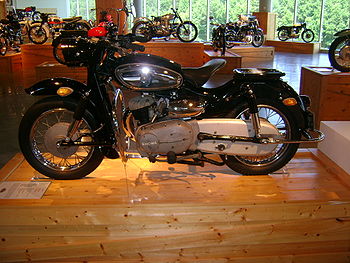 Showa motorcycles are extremely rare, this machine was shipped back to San Diego in the 1960s by a serviceman stationed in Japan. General design and styling borrow heavily from contemporary German machines. Today Showa are better known as manufacturer's of high quality suspension components.