The Suzuki A50 was a Two stroke, piston valve, single cylinder Classic motorcycle produced by Suzuki in 1980.

The bike has a 4-Speed, constant mesh transmission. Power was moderated via the Wet multi-discs.

It came with a 2.25-17 front tire and a 2.50-17 rear tire. Stopping was achieved via Drum in the front and a Internal expanding drum in the rear. The front suspension was a Telescopic fork, oil damped (PD: rubber muffler covering forks) while the rear was equipped with a Swingarm, oil damped (PD: shocks/springs). The A50 was fitted with a 0.53 Gallon (2.00 Liters) fuel tank. 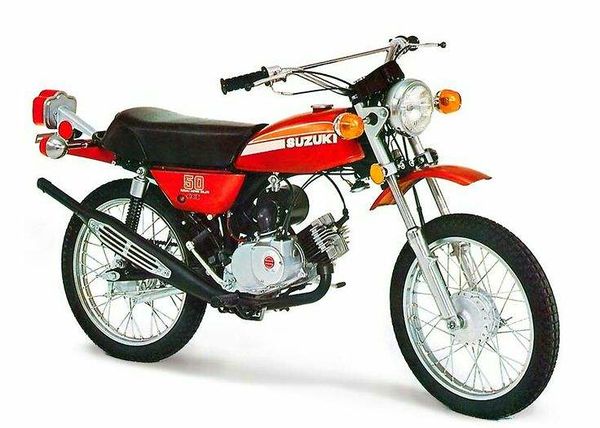 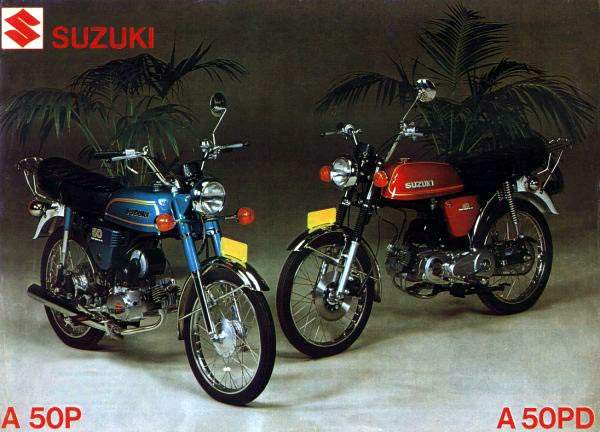 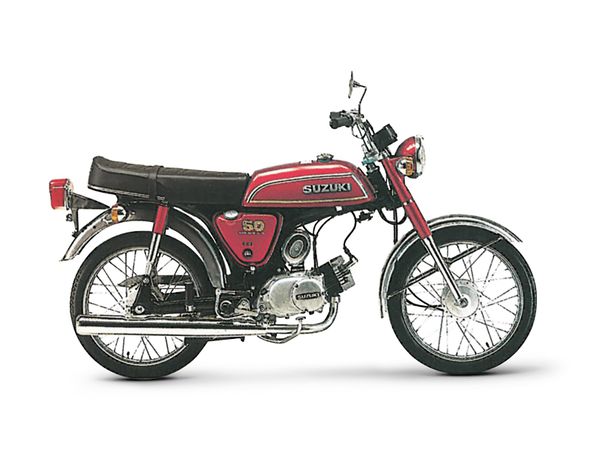 The A50 had five speeds and a good town performance. Not many changes were made during the year. The A50 was basically the same bike even in the seventies. Some later models were offered with a front disc brake.