The Suzuki Burgman 200 was a single cylinder, four-stroke scooter produced by Suzuki between 2009 and 2019.

The engine was a liquid cooled single cylinder, four-stroke. A 69.0mm bore x 53.4mm stroke result in a displacement of just 200.0 cubic centimeters. Fuel was supplied via a single overhead cams (sohc).

The bike has a automatic transmission. Power was moderated via the dry shoe, automatic, centrifugal type. 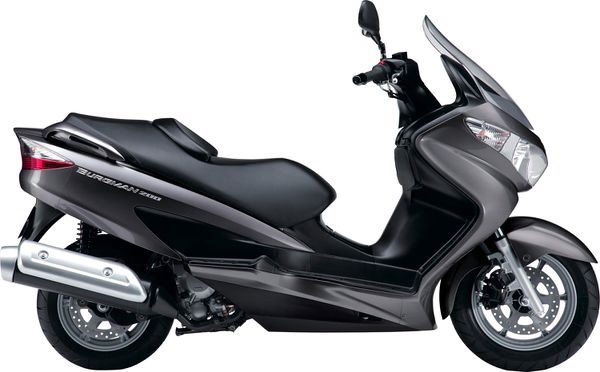 If the entry-point Burgman 125 is just too small for what you need and you are searching for some extra grunt, the Burgman 200 may fit the bill. This scooter retains all the Burgman heritage intact and will be easy to recognize among other machines. Its ample, generous shapes, with plenty of room for both rider and passenger and can be used comfortably for both city rides and longer hauls.

The Burgman 200 comes with a single-cylinder liquid-cooled engine, automatic transmission and a belt final drive. Underseat storage remains one of the bike's strong points, complemented by the dual lockable front storage compartments. 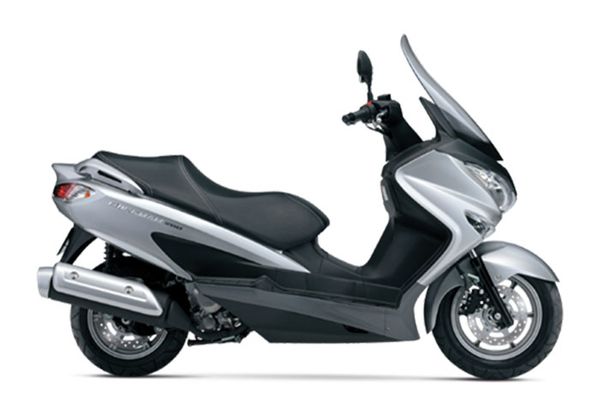 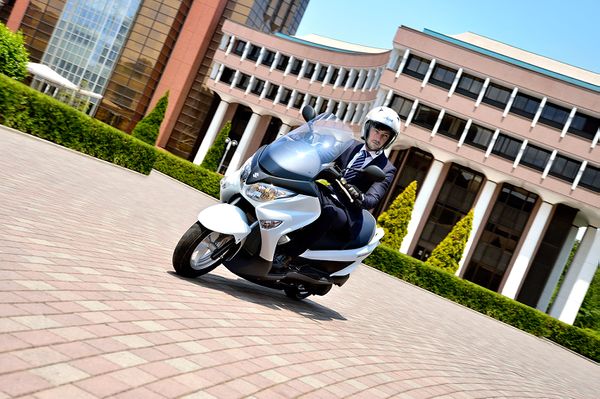 Suzuki understood that road safety is just as important as good engineering and added ABS to the 2014 MY Burgman 200 as standard. This may be one of the smallest members of the Burgman family, but the scoot definitely doesn't lack attitude. Powered by a brawny, compact 200cc liquid-cooled engine, the Burgman 200 comes with a generous windscreen, first-class seating for rider and passenger, floating rotors, and plenty of underseat storage.

Automatic transmission makes operating the Burgman 200 easy and intuitive even for less skilled riders. For commuting, city errands and even longer hauls, the Burgman 200 is an affordable, economical solution , and a great choice for those who are not happy with 50cc machines.