The bike has a CVT transmission. 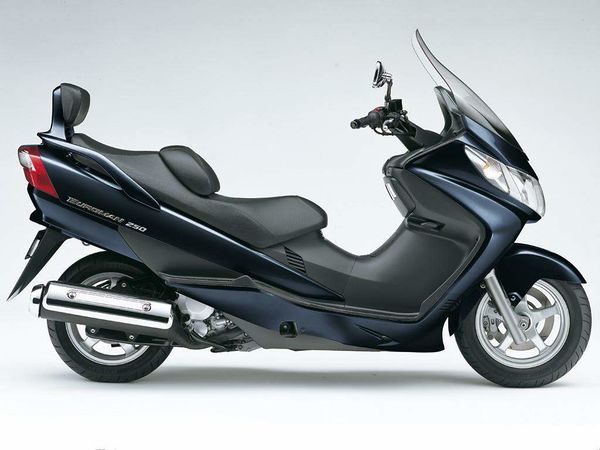 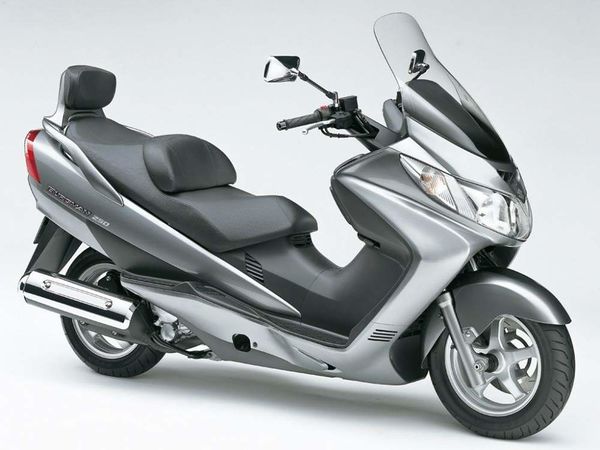 The engineers from Suzuki have launched the 2006 the Burgman 250 four-stroke. It shares its innards with the two-stroke limited edition, except for its engine. It sports an air-cooled, four-stroke, 250 cc, single cylinder mated to a continuously variable transmission (CVT).