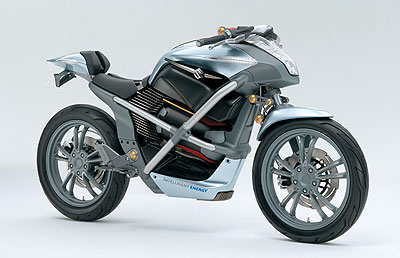 Concept motorcycle displayed at the 2007 Tokyo Motor Show. By combining a high-performance secondary battery and a simple, compact, lightweight air-cooled fuel-cell system, the Crosscage realized optimal power control. A fuel-cell unit from British specialist company Intelligent Energy enabled quick activation with low fuel consumption, and a lithium-ion battery assured safety as well as a low environmental burden. The simplicity, compactness and lightness not only made this bike environment-friendly but also contributed to realize sporty styling befitting the Suzuki name.

The Crosscage concept also features a semi-naked design and the major feature of a crosscage frame. Two large bars provide the bike chassis with stiffness, intersecting in the middle of the bike and it’s a design that may be employed on a production bike in the future if Suzuki can show that it’s rigid enough.

This concept’s hydrogen tank is carried right at the center of the bike, which should be a boon for safety considering that the hydrogen would be stored at very high pressures.

Besides the fact that the bike is powered by a fuel cell and batteries, the bike looks pretty sporty. What is rather interesting, though, are the suspension systems on the bike. That single-sided front fork is rather common these days on high-performance bikes, but single-sided forks have not yet hit the masses. To stiffen things up where the fork tubes meet, Suzuki appears to have added a strengthening linkage of some sort.

Bridgestone has even developed a special futuristic-looking tire to match the bike’s oddly tessellated discs.

The Cosscage concept as pictured here, seems like hasn’t any chance to go into production but it will be interesting to see which design elements of this bike will see the light of day on future production models. As cool as this concept may be, hydrogen fueling stations around every corner are still a very long way off. 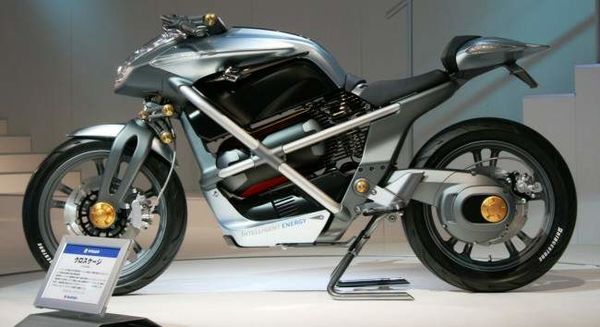 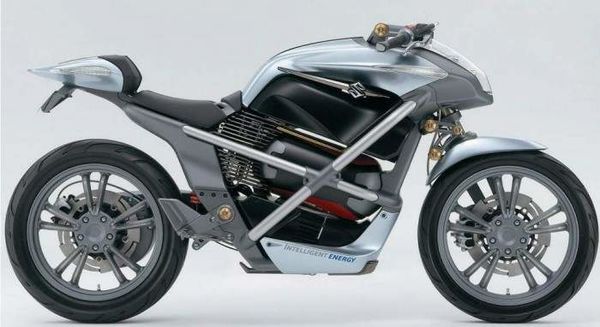 The Suzuki Crosscage was a electric Concept motorcycle produced by Suzuki between 2008 and 2011. 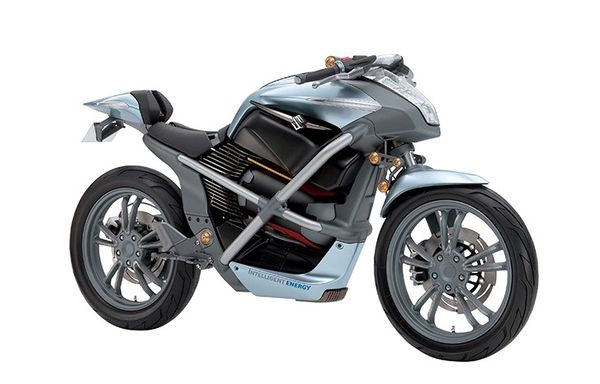 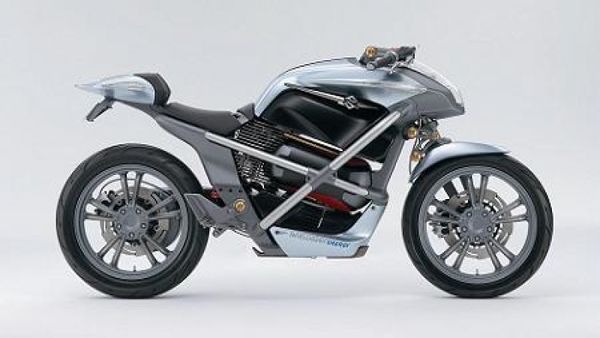 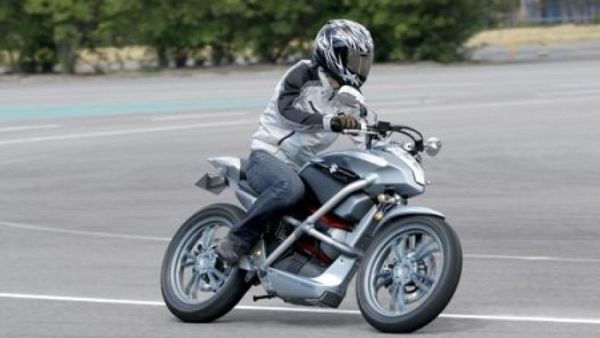 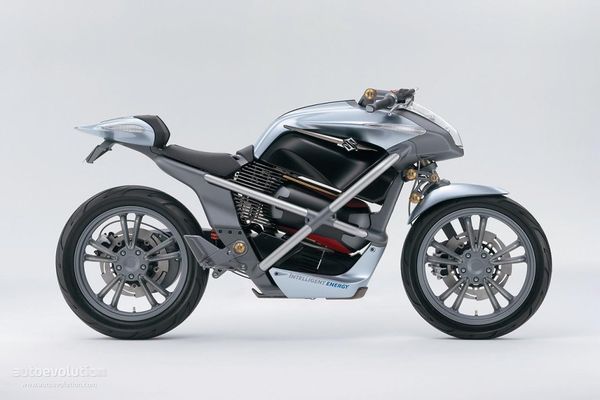 This is one of the more radical concept motorcycles from Suzuki. The Crosscage is a fuel-cell powered electric bike with single-sided suspension front AND rear.