It came with a 70/100-21 front tire and a 90/90-18 rear tire. Stopping was achieved via Drum in the front and a Drum in the rear. The front suspension was a Air/oil Telescopic Forks while the rear was equipped with a Gas/oil Full Floater, Preload And Damping Adjustable. The wheelbase was 52.99 inches (1346 mm) long.

DR 125 is the trial version of the GS, being able to rumble over rough terrain. It was presented in 1982 as a pure trial but after a few years there were some versions of the 125cc engine. DR125S was presented as a bike for beginners. Although in his certificate there were 13 horses, in Germany the bike had only 10 horses at 9500rpm and in Japan the lucky number was 14 at 10000rpm. But each version, no matter how many horses unleashes, is capable of a 100km/h top speed. Another version of the same pure trial was DR125SE, born in 1995. It got an electric starter. 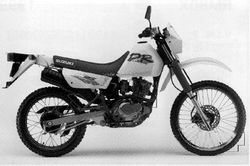 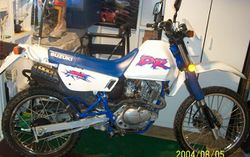 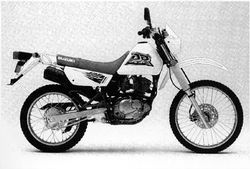