Power was moderated via the Cable-operated multiplate wet clutch with back torque limiter.

It came with a 120/70 ZR17 front tire and a 190/50 ZR17 rear tire. Stopping was achieved via 2 x 310 mm discs, 4 piston caliper in the front and a Single 220 mm disc, 2 caliper in the rear. The front suspension was a 43mm Kayaba inverted cartridge forks with diamond-like coating adjustable for preload, compression and rebound damping while the rear was equipped with a Kayaba monoshock adjustable for ride height, preload, compression and rebound damping. The GSX-R 1000 Matte Black Limited Edition was fitted with a 18 Liters / 4.8 US gal / 4.0 Imp gal fuel tank. The bike weighed just 166 kg / 366 lbs. The wheelbase was 1405 mm / 55.3 in. long. 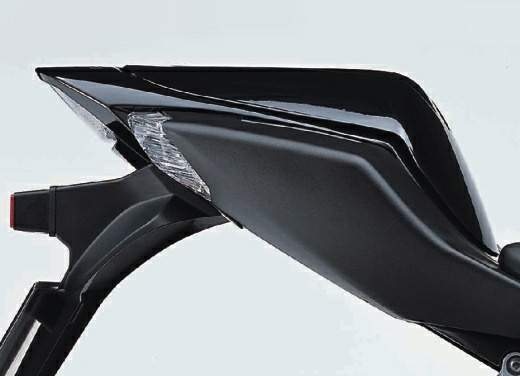 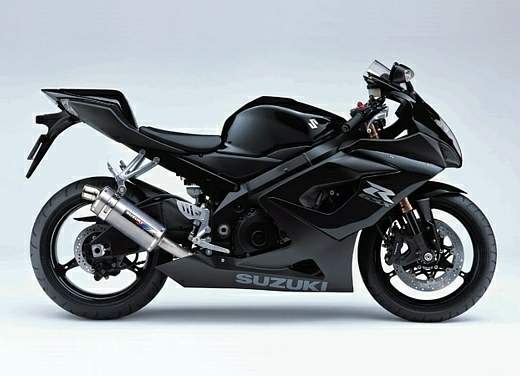 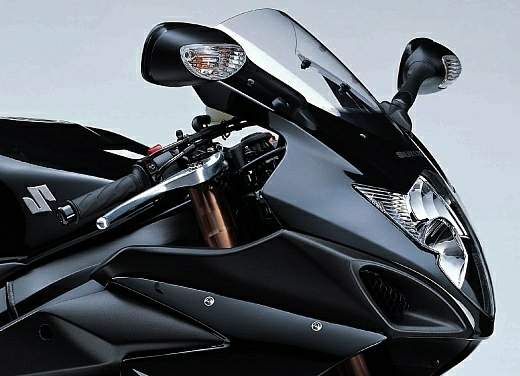 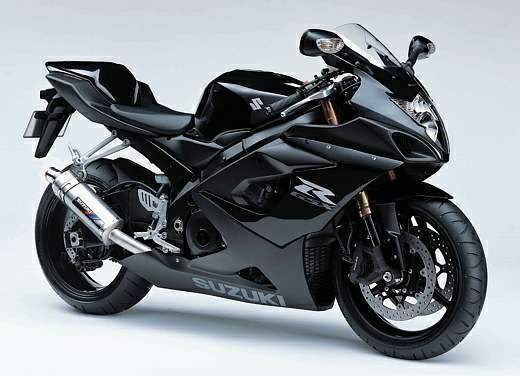 For 2005, Suzuki set out to make its sports flagship smaller, lighter and more powerful than the previous K4 version. By shaving a millimetre here and a gram there overall weight has been reduced two kilograms to a svelte 166kg.

The footpegs are lower and further forwards but lean angle isn't compromised because they've been moved inwards 17mm. The handlebars are slightly narrower, higher and further back, the back of the fuel tank is narrower (although it still holds 18 Liters ) and the seat height has been lowered by a significant 20mm to 810mm. The effect is to reduce seat-to-handlebar reach by 40mm without cramping the rider's legs, making the bike feel considerably more compact than its predecessor. The liquid-cooled, four-cylinder engine has gained 11cc (to 999cc) and turns over an extra 1000 times a minute  thanks to titanium valves - to deliver a claimed 133kW at 11000rpm with 118Nm available at 9000 revs. It drives through a back torque-limiting "slipper" clutch and a six-speed gearbox. I can't tell you much about the clutch because I used it exactly once  pulling out of the pits lane  but the gearbox is well up to Suzuki's usual slick standards. It seemed very positive  if a little vocal  changing up at low revs as I felt my way round for the first few laps but as the revs built up its action became lighter and quicker. Full-throttle upshifts on the back straight were lightning-fast and almost imperceptible. First gear is high  possibly too high for comfortable road riding but perfect for getting off the start line in a hurry - and the top five ratios are very close together; you can actually use everything from second to sixth on a hot lap.

Simply closing the throttle and banging the lever down at the end of the straight was an act of faith the first time but the action is light and the bike never even twitched. All sports bikes should be like this  especially big singles and twins with lots of engine braking. As I settled into the bike I began using more revs; the power comes on strongly from about 7000rpm and there is serious Warp Factor available above 9000. From there, through the power peak and on to well past 12000rpm, it pulls hard enough to unfocus your vision and push you back in the saddle  with very little perceptible vibration.

Acceleration through the gears is literally breathtaking; depending on how you apply the throttle you can light up the rear tire or loft the front wheel at will  that's how controllable the engine's power delivery is. Building a hard-revving big bike with big horsepower numbers is easy  making that power both accessible and usable is more difficult but Suzuki has certainly got it right on this one.

Not all straight lines At the end of a straight you have to brake. The new Suzuki has (almost) all the right credentials: radial mount four-pot callipers and GP-style master cylinder  but still connected by cheap rubber hose rather than braided stainless-steel stuff.

Nevertheless, they work superbly; the big Tokico callipers drag the bike down hard enough to make the front Bridgestone grumble audibly in protest using only two fingers and the direct action of the master cylinder is incredibly linear.

The front suspension retains its composure under this pressure; the 43mm Kayaba upside-downies with black, diamond-like coating are adjustable for preload, compression and rebound damping but in my limited time on the bike I was unable to experiment with the settings.

As delivered by the factory their action is a little harsh but the front wheel remains planted and you can brake deep into the corners; the superbly modulated throttle lets you move straight from trailing to positive throttle so you can power out as hard as you like  or dare!

The rear monoshock also felt a little choppy in the beginning but as my confidence level - and cornering speeds  rose it seemed to settle down. It remained taut and stiff, however, and could induce rear wheel patter under harsh acceleration on bumpy surfaces.

On tiptoe The set-up felt a little tentative  almost as if the bike were on tiptoes  at low speeds but the harder I rode it the better it handled. The suspension settings would probably need to be softened to make it comfortable on the street  which would then make it a bit wiggly on hard cornering.

This is a focused sports machine, not an all-rounder.

Its masses  including the rider  are well centred and the bike flicks smartly from side to side; the steering is superbly accurate and surprisingly light despite the factory-fitted damper across the forks, hidden inside the fairing.

Yet it's surprisingly stable; the K5 refused to shake its head under acceleration and held its line like it was on rails at any cornering speeds I could achieve.

Thanks to the lowered footpegs the seating position is not as extreme as I expected and once I got used to the bike I was quite comfortable, although my forearms did get a little pumped up at first.

Taut styling The tautly styled fairing works better than its small frontal area would suggest and the triangular screen is higher than usual for a bike of this type; I could actually see the instruments - hooray!

These consist of a beautiful analogue rev-counter, red-lined at 13 500rpm, and a big shift light that never came on while I was riding the bike despite revving it almost into the red a couple of times.

There's also the usual multipurpose LCD screen telling you everything from how fast you are going to what gear you're in, coolant temperature, tank range, tripmeter - the works. It's remarkable for its clarity and ease of use.