The Suzuki GSX1400 is a muscle bike manufactured between 2001–2008 by Suzuki. Intended to be a faster and more torque-laden version Suzuki's similar Bandit 1200,[1] with more up to date technology,[3] the GSX1400 was still characterized as a "disco-era".[4]

Initially the bike was only produced for Japan and Europe,[5] opening to the Australian market from 2001; although there was a movement to try to make the GSX1400 available in the US and Canada. [4][6]

The GSX1400 is redlined at 9,000 rpm; however in practice there is little point in taking it past 7,000 because the bike has strong low and mid-range performance. The fuel injection throttle bodies are also fairly small bore and ultimately limit the breathing (and therefore power) of the engine at high revs, this does again however enhance low-end torque and response. Conversions including turbocharging and supercharging can be implemented to get around these breathing limitations and deliver significant increases in power and torque.

UK market models changed in detail over the years, on later models including a wheel color change from white to black, to swap from a 4 into 2 exhaust system to a 4 into 1 system, and Yoshimura branded exhaust silencers - although this was available as a dealer fit option.

The last model, virtually unchanged except for color schemes, was sold in 2008.[7] 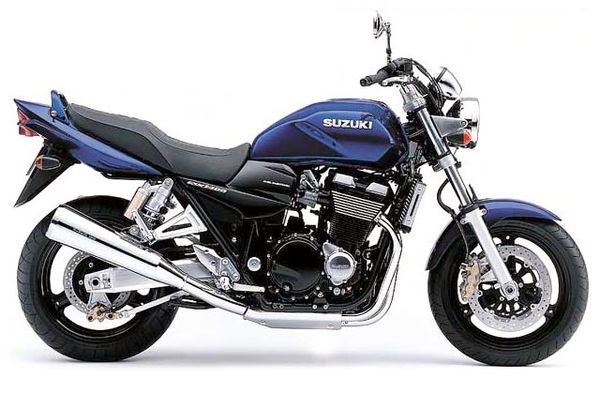 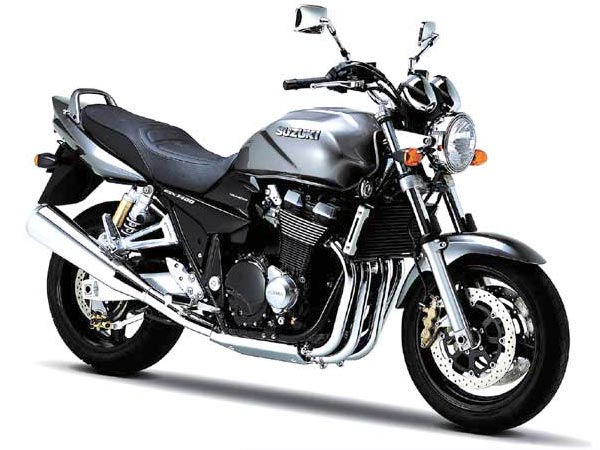 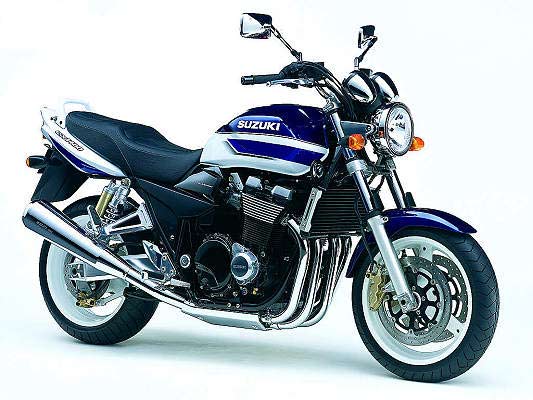 The GSX 1400 was the best compromise between the muscle bikes of the 1980s and the modern 3rd millennium technology. Compact, comfortable and providing a commanding riding position, the 2002 MY GSX 1400 is great on the highway, as it is rewarding on countryside roads and in the city.

Powerful, nimble and with plenty of passing grunt, the 2002 MY GSX 1400 is apparently capable to offer a much better riding experience if you buy a flyscreen. This 1402cc bike will be begging you to pull harder on the throttle and you'll surprise yourself how fast you're riding. 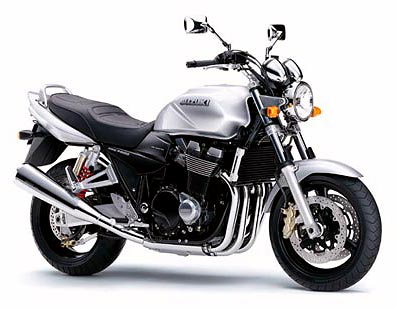 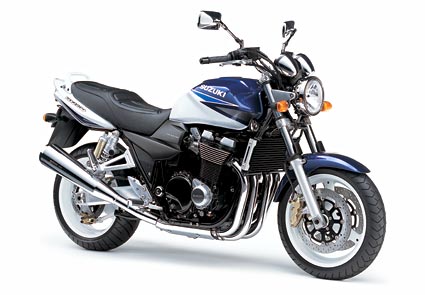 The 2003 model year has no significant changes over the previous iteration. However, if you see a GSX 1400 with the springs of the rear shocks painted red, this means you;re looking at a machine manufactured and sold in the Japanese market. For some reason, the Silver Metallic bikes have only been offered as a domestic treat. The rest of the bikes have white coated wheels, which turned out to be a pain the back to clean. 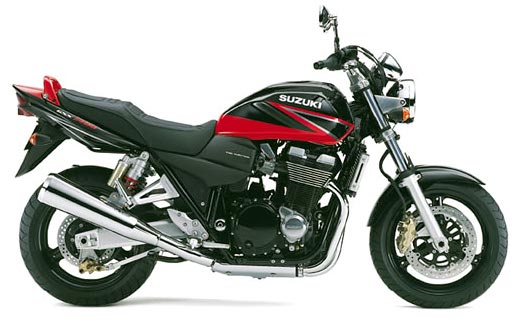 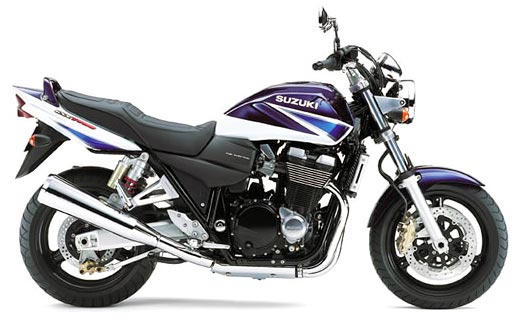 The 2004 model year GSX 1400 introduces new graphics designs for the tank and the tail section, while the wheels receive a black coating to match the darkened trim of the engine and engine covers. The sober livery makes the GSX 1400 look a tad more aggressive, maybe because it is now less flashy. Still the retro vibe is intact, with the dual flared exhaust silencers and their chrome finish, the round headlight and the one-piece two-up profiled seat. 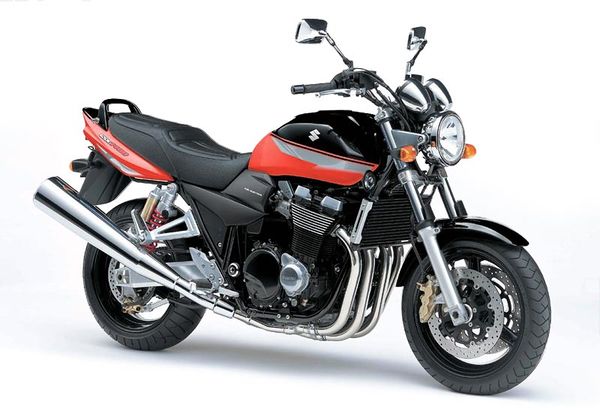 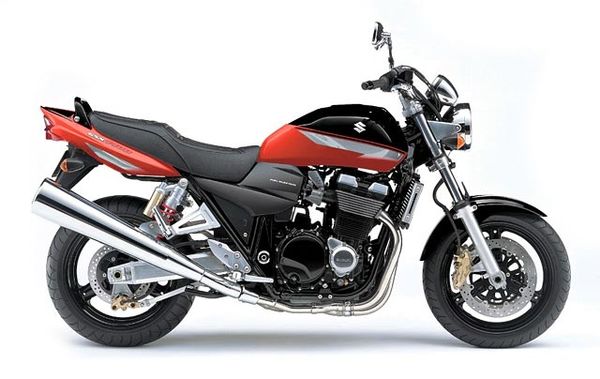 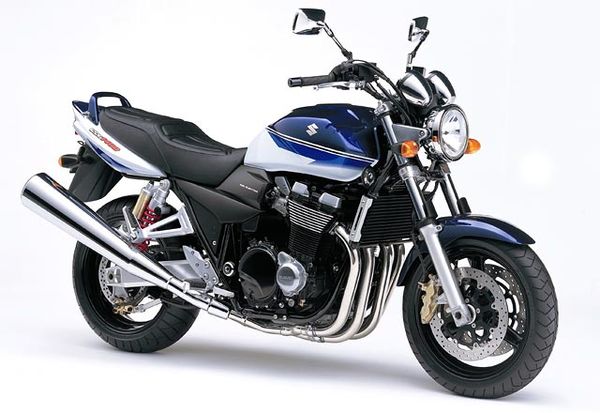 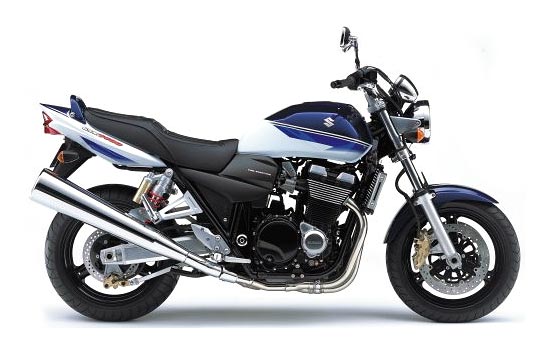 The biggest change in the architecture of the 2005 MY GSX 1400 is the new exhaust system. The classic 4-into-2-into-2 was replaced by a 4-into-1 design which lowered the overall weight of the machine. Even though the peak torque figure dropped 2 Nm, the 2005 MY GSX 1400 remains a sizzling hot ride which is equally great for both urban and highway rides, with its smooth cornering capabilities making it great for leisurely countryside riding,a s well.

Like other bikes in the same model year, the new GSX 1400 dropped the lettering badge and replaced it with an S emblem. 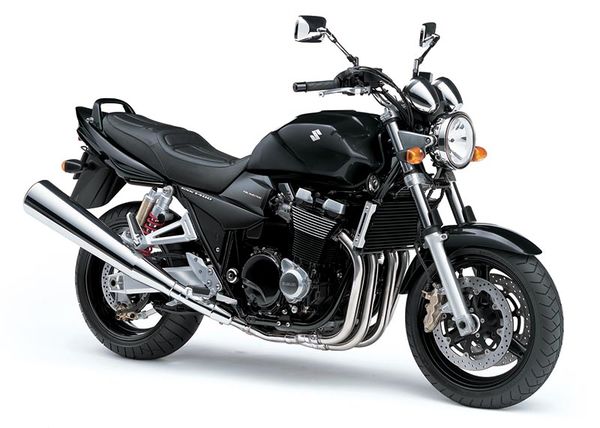 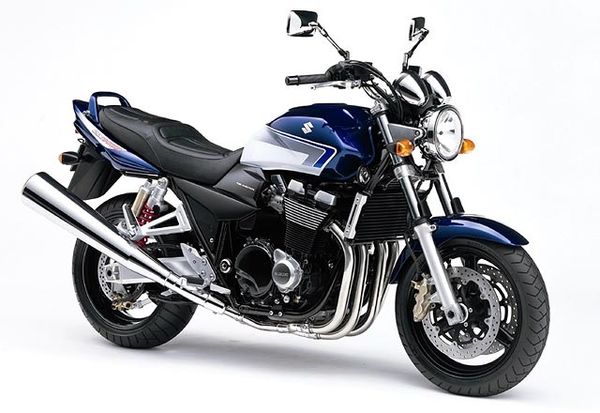 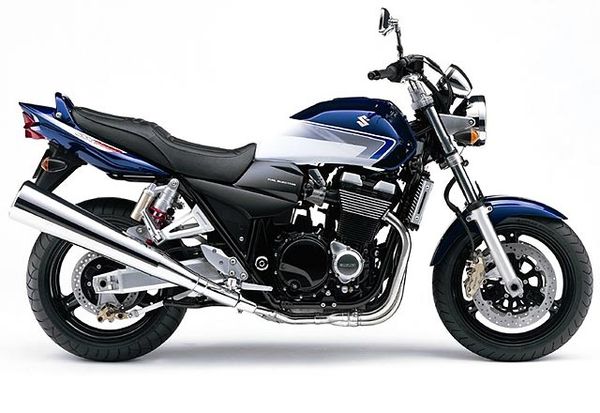 If anything, the 2006 MY GSX 1400 is not a bike for the faint-hearted. You're getting quite a lot of bike for the money, with a brawny air/oil-cooled 1402cc in-line four loaded in a retro naked frame and set for the ultimate street thrill. For some markets, the 2006 MY is the last GSX 1400 which will be sold, with the strict Euro emission regulations putting an end to this bike.

Still, if a classic road racer with a slightly retro vibe is what you're after, then the GSX 1400 is your tool. There's hardly a better bike for sweet autumn rides through the countryside, and which can do just as well in the city or on the highway. 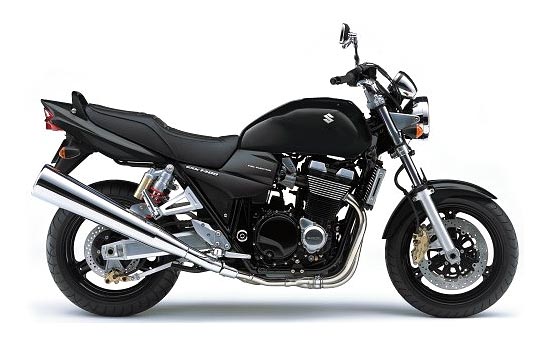 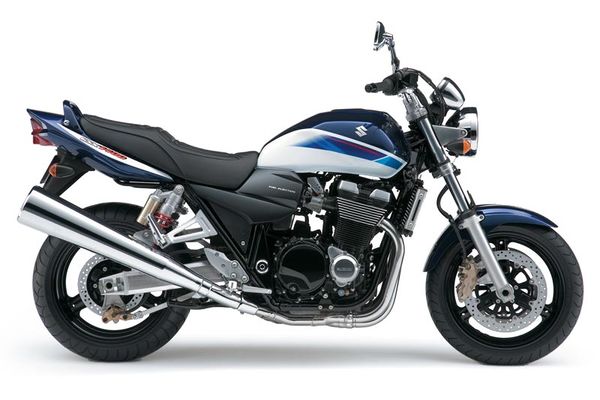 Even though in certain markets the GSX 1400 is no longer sold, the model lives on and the 2007 MY retains all the street cred of the previous generation. Already a sizzling hot naked machine, the GSX 1400 still oozes retro sport bike styling, with the flared exhaust being an attention-grabber, and the oil-cooled massive engine dominating the mid-ship segment.

For the 2007 model, the graphics have been updated, but no tech specs were altered.