The engine was a liquid cooled twin, four-stroke. A 53.5mm bore x 55.2mm stroke result in a displacement of just 248.0 cubic centimeters. Fuel was supplied via a single overhead cams (sohc).

The bike has a 6-speed transmission. Power was moderated via the wet, multi-plate type. 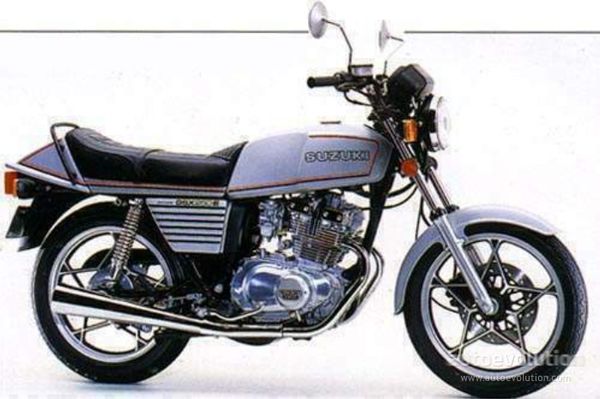 The GSX 250 and GSX 400 are the earliest two cylinder Suzuki models. Since then Suzuki has expanded its range of four-stroke machinery and continued setting the trend in the performance and handling stakes, something which has often caused the opposition to rush back to their respective drawing boards in frantic attempts to come up with a product that is as good as or superior to the Suzuki item. Suzuki's latest offering in the 250 cm3 class lives up to the firm's reputation of respectable performance and fine handling. It too, is a speedy, reliable and well mannered motorcycle.