Power was moderated via the Wet multi-plate. 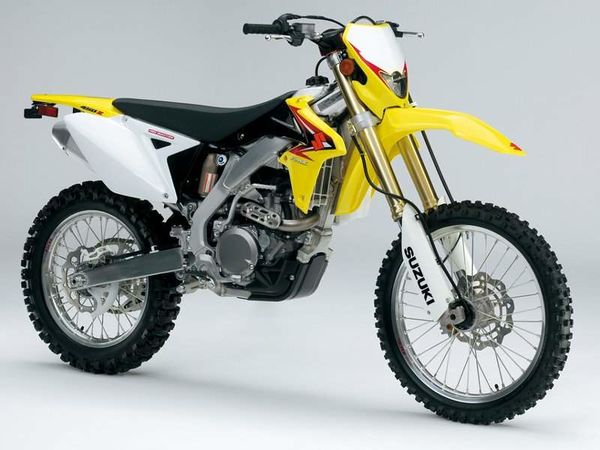 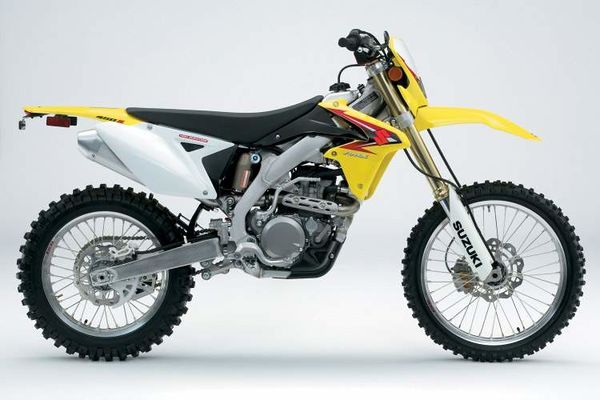 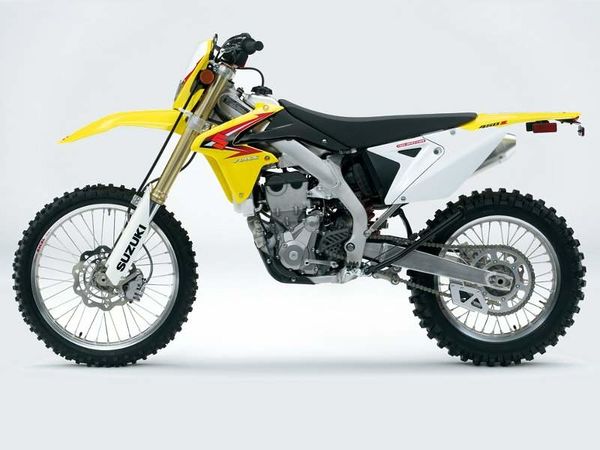 The off-road motorcycle shares much of the same DNA as Suzukis RM-Z450, including its 4-stroke, liquid-cooled 449cc engine. The DOHC lump does have a few tweaks, like a modified inlet tract and revised cam profiles aimed at increasing low and mid-rpm power, while the 5-speed constant mesh transmission has wider gear ratios. Its also got a new engine protector plate to defend against obstacles enduro riders might encounter. The RMX450Zs frame, suspension, and bodywork meanwhile are also almost identical to the RM-Z450.

"The public has been asking us for this bike for some time now, so it's a bike whose time has come, said Suzuki Great Britains David Taylor.

In its conversion from motocrosser to enduro, Suzuki outfitted the RMX450Z with an electric starter and a lighting kit. It does have a back-up kick start, though, and is equipped with a large magneto-generator that charges the battery and powers the lights. Other road-friendly goodies like a side kickstand and digital instruments delineate the enduro from its MX brother. The instrument cluster has a standard and sport mode, with the standard mode displaying speed, time, two trip lengths, and voltage, while the sport mode is more specialized, displaying the timer, tripmeter, average speed and tire-diameter correction. It also comes with a low fuel light because running out of gas in the middle of nowhere is never fun.

The RMX-450Z will sport an 18-inch rear wheel that caters to serious enduro off-road riding. Showa supplies the suspension, with an adjustable 47mm telescopic fork teamed with a Showa piggyback reservoir-style rear shock with two-way adjustable rebound damping and preload adjustments. The suspensions spring rates have been retuned to meet enduro demands.

Suzukis newest off-road motorcycle features the proven Keihin fuel injection system from the RM-Z. The only noticeable difference is that the enduros airbox comes with a hinged lid to make it easier to maintain and to try and keep dust out better.

The 2010 RMX450Z sports the slim, aggressive styling of its motocross counterpart, and weighs in with a claimed curb weight of 272.3 lbs. Its 1.6-gallon tank is the same size as the RM-Z450, which begs to question why the enduro didnt get a little larger fuel cell to give it a broader range.