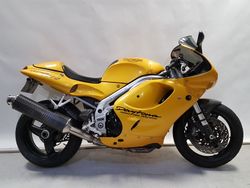 The Triumph Daytona T595 is a in-line three, four-stroke sport motorcycle produced in 1997.

The engine was a liquid cooled in-line three, four-stroke.

The bike has a 6-speed transmission. The final drive was via chain.

It came with a 120/70-17 front tire and a 190/50-17 rear tire. Stopping was achieved via 2x 320mm discs 4 piston calipers in the front and a single 220mm disc 2 piston caliper in the rear. The front suspension was a 45mm Showa fork with dual rat spring adjustable compression, rebound and preload while the rear was equipped with a Showa Monoshock adjustable compression rebound and preload. The bike weighed just 436.52 pounds (198.0 Kg). The wheelbase was 56.1 inches (1425 mm) long. 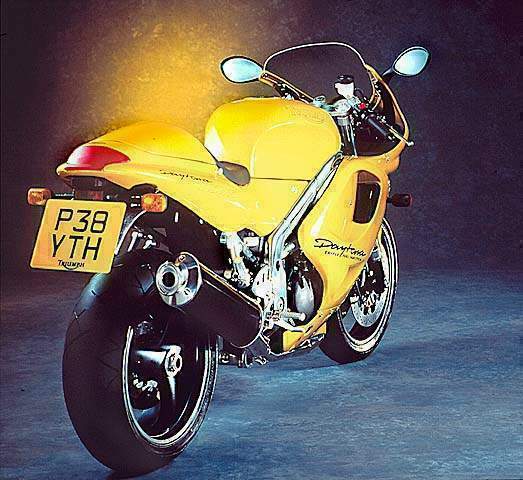 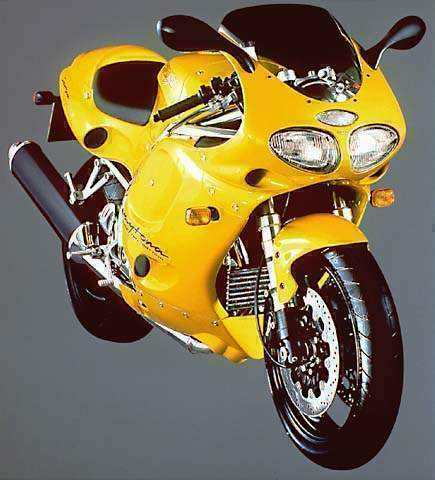 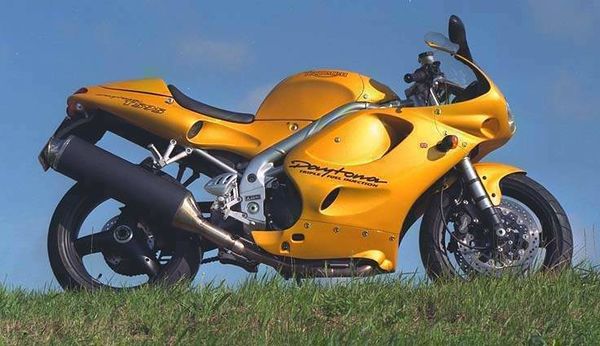 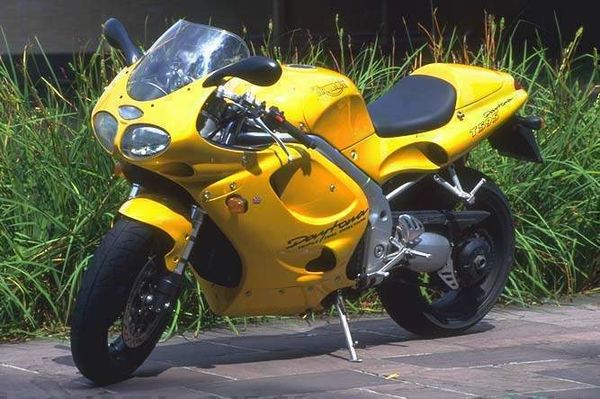 For the first time since they rose from their ashes, the Brits from Triumph have given up their "modular design" so the engineers could build from scratch a new, 100% sport bike, in the form of the 1998 MY Triumph Daytona T595.

An all new liquid-cooled, four-stroke, 955cc, three-cylinder power plant, capable of producing 130 horsepower and 100 Nm of torque, matched to a much lighter, aluminum-tube, perimeter frame, meant the bike could now compete with all the other superbikes available on the market.

Even the suspension was redesigned, consisting of a Showa 45mm fork and a Showa multi-adjustable shock rear suspension, so the Daytona didn't struggle in corners, like its predecessors. 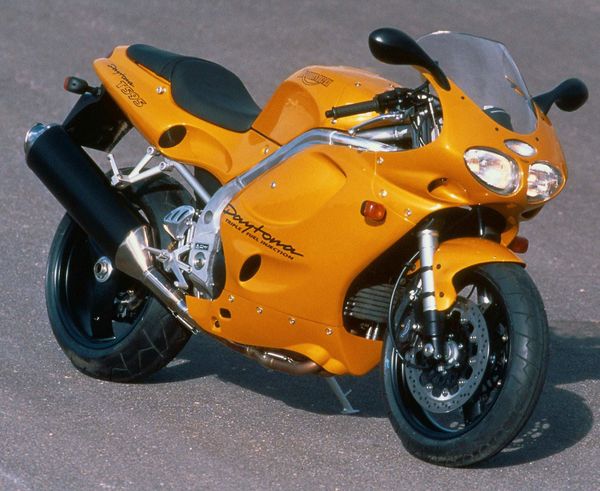 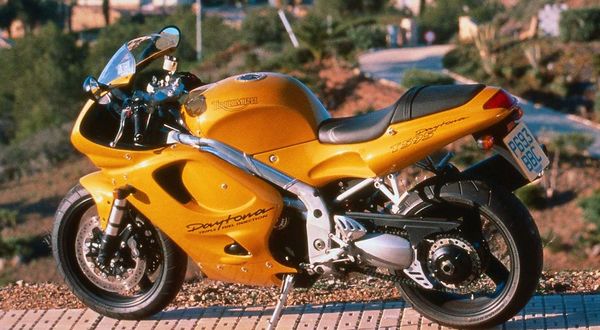 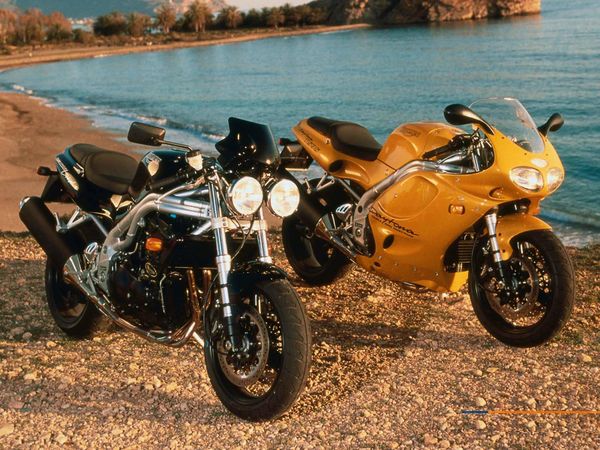 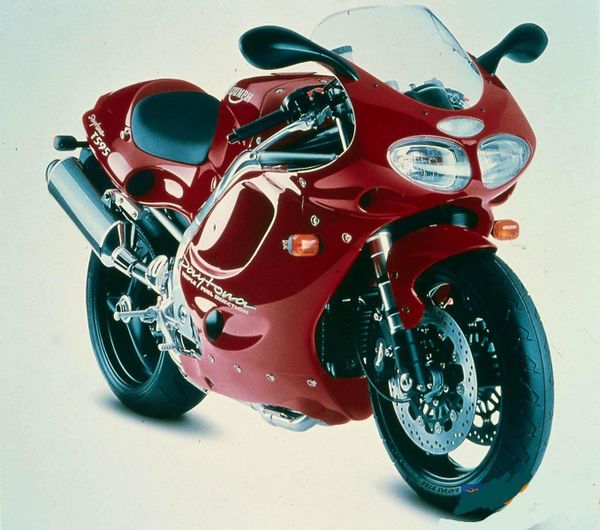 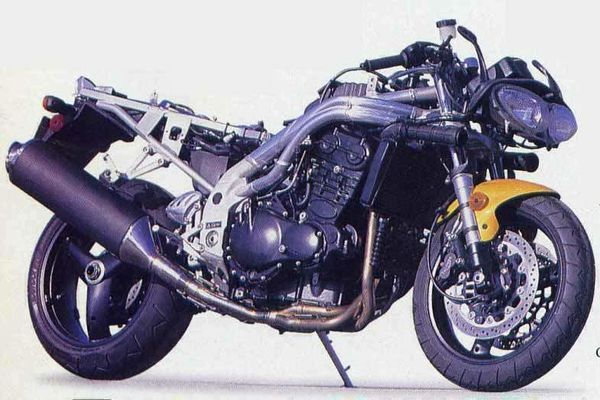 The 1999 MY Triumph Daytona T595 addresses those riders who want a superbike but still with a British-made badge on it that inspires dependability and durability. Even though it may show some lower numbers than its competition, as ever, the English engineers have built a beautiful machine, with aggressive superbike looks but still retaining typical British class.

The engine and chassis, unlike its predecessors, are totally new, this being the first Triumph model to not follow their "modular design". Also, new suspensions and reduced weight make the two-wheeler corner like a much smaller bike while still keeping it pretty comfortable and easy-to-control for the rider.