It came with a 3.25 x 19" front tire and a 3.25 x 19" rear tire. Stopping was achieved via Drum in the front and a Drum in the rear. The front suspension was a Telescopic fork with 2-way hydraulic damping while the rear was equipped with a Woodhead-Monroe springs with hydraulic damping, later Armstrong and Girling, adjustable. The wheelbase was 53.7 inches (1364 mm) long. 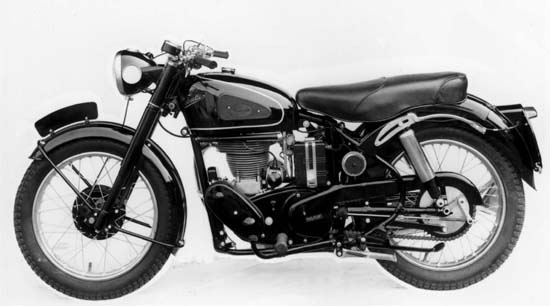 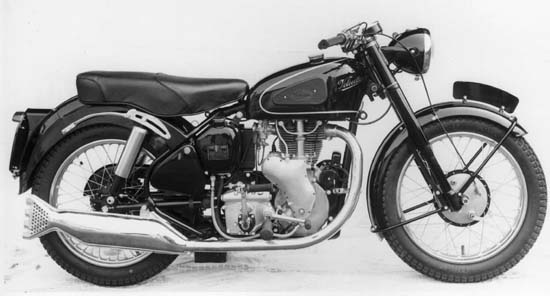 The Velocette MSS is a motorcycle made by Velocette. It was fast, reliable and economical but could not compete against a new range of British twin-cylinder motorcycles. Production ended in 1968.

It was launched in 1935 as a 500cc sports version. World War II halted production which did not resume until 1954. The new MSS was a much more modern machine with the same frame as the Velocette MAC and was fitted with sidecar lugs and had optional panniers to appeal to the touring market. Buyers started tuning the MSS for speed, however, and the factory responded by producing the sports Velocette Venom model. In 1955 a scrambles version was also produced.