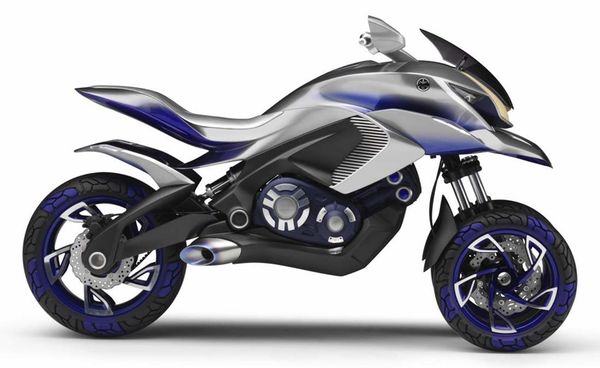 The GEN01 concept is a new multi-wheel 'on & off crossover' concept.

The 'on & off' - say Yamaha - comes from the machines ability to handle both on and off-road riding. They also said that this referred to the 'on and off nature of the rhythm generated by mood shifts when switching between the enjoyment of demanding riding and relaxed riding', but we ignored that bit of the marketing speech.

There's no denying its visual impact however.

Two huge wheels at the front, working with combined, telescopic suspension - in the same was as their recently released Tricity 125 - convey an incredibly aggressive attitude. 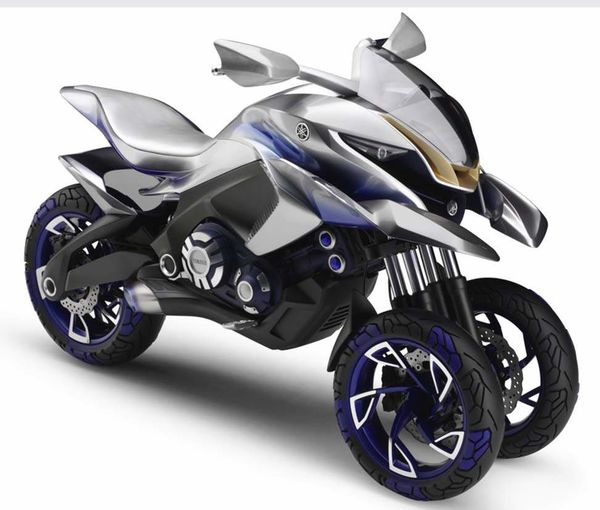 As with most concept machines there was no talk of production for the vehicle, but it's using technology currently within Yamaha's abilities.

With one wheel in the rear, and two in the front, the Yamaha 01Gen Concept is perhaps the most interesting trike we have ever seen. The front wheels certainly look like they have enough suspension travel to soak up some big hits, while the belt-driven single-tire in the rear sounds easy enough to maintain in off-road conditions.

The Yamaha 01Gen should be fun on-road as well, as the concept should be able to lean through turns, thus adding the sensation of a motorcycle, with a little bit more stability on the front-end. 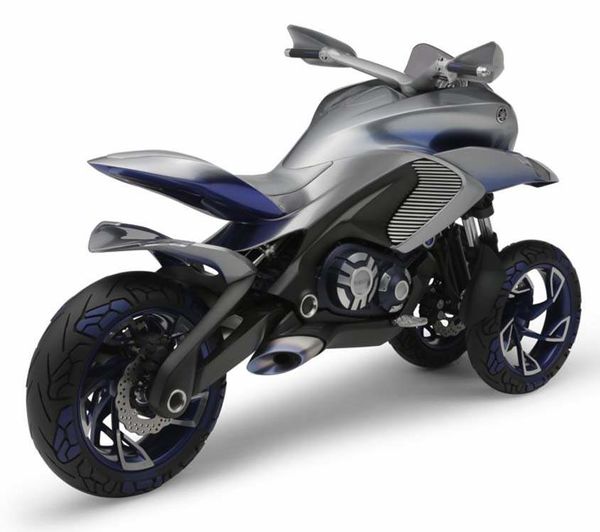