The Yamaha SRX is a standard-style motorcycle that was manufactured in two engine sizes: 400(398)cc and 600cc. Single cylinder, twin overhead camshaft engine with an advanced two stage carburetor and balance shaft; lightweight steel frame; dual front disc brakes/single rear disc; dual shocks; alloy wheels. The 600cc model was originally manufactured for international distribution; the 400cc model was subsequently manufactured for domestic (Japanese) use, but some were unofficially exported. The 400cc model also has an oil cooler and only a single front brake disc. Later development modifications included a monoshock rear suspension and electric start as its shown on the picture. The 400cc model has 38bhp and a top speed of 180km/h. It has air/oil cooling and 5 speeds.

The 600cc version (595cc actual) was imported into the US for the 1986 model year, and did not come with an oil cooler. It came only in "Maple Red", as a kick start only model. Historically, single cylinder street motorcycles have fared poorly on the showroom floor in the US, and the SRX600 was no exception. Nimble handling, light weight, and unique styling were not enough to compete with the heavier, flashier, and much faster multi-cylinder alternatives available for not much more money. As with many similar market wallflowers (the Honda HawkGT comes to mind), the SRX600 has reached cult-bike status in the US. 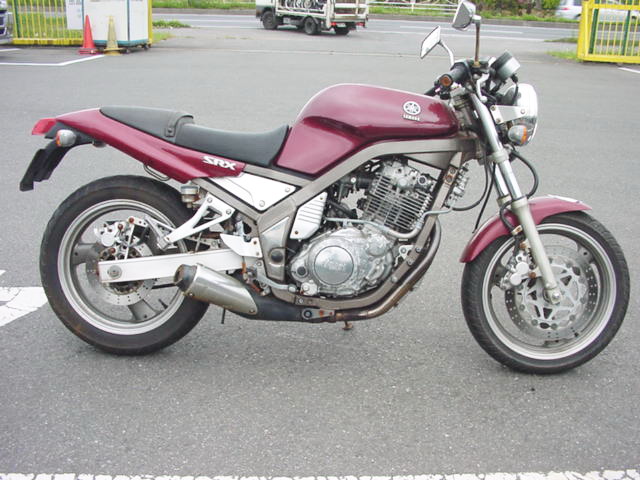 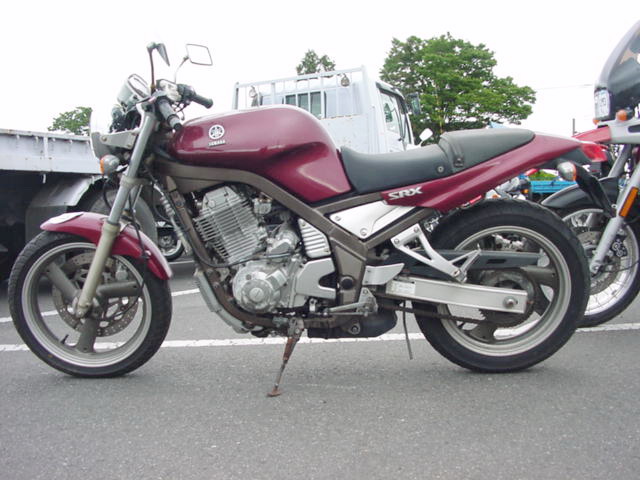