The engine was a air cooled single cylinder, four-stroke. A 47.0mm bore x 51.8mm stroke result in a displacement of just 89.0 cubic centimeters. Fuel was supplied via a single overhead cams (sohc).

The bike has a 3-speed transmission. Power was moderated via the wet, multiple-disc and centrifugal automatic. 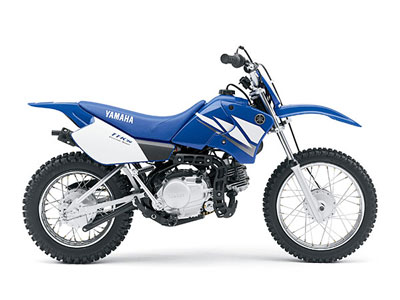 The TT-R90 is the smallest member of the Yamaha 4-stroke family, sporting an air-cooled 89cc engine with smooth, predictable and non-intimidating power delivery. The bike retains the automatic clutch and the 3-speed transmission of the PW80 machine, since it looks like the young riders really enjoy the automatic clutch.

Built like a tank, just like other similar Yamaha machines, the 2002 TT-R90 can effortlessly cope with the beating kids put such bikes through. 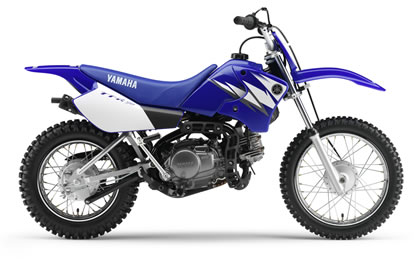 A step up from the entry-level TT-R50, the 2005 TT-R90 adds to the power and torque figures, as well as to the fun factor. A bike for the young riders who have already gotten past their very first two-wheeled experience, the R90 still offers the automatic clutch 3-speed transmission and low seat which allows almost any rider to get a firm foothold on the ground for increased confidence.

Light and tough as nails, the 2005 Yamaha TT-R90 is a great dirt machine for continuing honing in the skills on young riders, boasting serrated pegs, racing-derived graphics and a paddle-style choke.

The 2007 MY TT-R90 is a great dirt machine for kids past the height of the 49cc entry-level bikes. Almost doubling the displacement of the smallest Yamaha dirt bike, the TT-R90 provides a non-intimidating feel, boosting the rider confidence while being a nifty platform for training and honing in the skills.

Air-cooled, 4-stroke, fun, and strong-pulling the 2007 MY TT-R90 comes with an easy-to-use semi-automatic 3-speed transmission which allows riders to focus on the track and care less about the secrets of the clutch work. built like a tank, this bike can take a lot of abuse and still work well in the backyard or on the track.

Low, reassuring, and built like a tank, the 2002 TT-R90E can handle abuse pretty well and is a dependable bike for introducing kids to the riding basics. 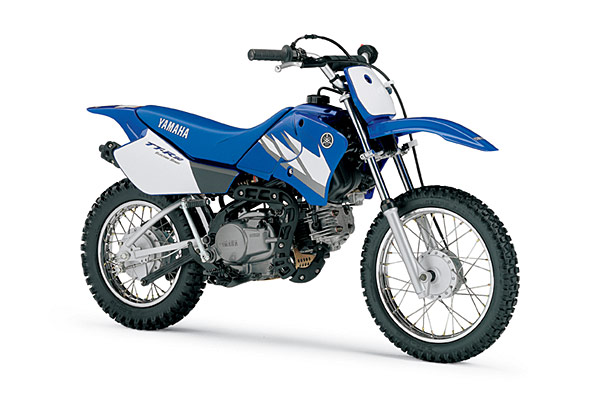 Yamaha retained the 3-speed automatic clutch transmission for the 2003 TT-R90E, knowing that focusing on actual riding is more important for the young riders than having to deal with all the clutch work. The new riders are still learning the basics of shifting, but the gears change smoothly, for a pleasurable, reassuring experience.

This air-cooled 4-stroke bike comes with electric starting and a low seat which offers a good foothold when stopper, for added confidence.

The R90E adds more tot the convenience level of this small-displacement bike, thanks to the electric starting. Youngsters can now restart the bike much easier, maintaining focus on fun and learning how to ride better. The 2005 TT-R90E retains the efficient and easy-to-use 3-speed automatic clutch transmission, providing the young riders with a better educational scenario.

Instead of having to deal with stalled engines and clutch work, the rookies will be able to focus on shifting and using the various power and torque levels this 4-stroke bike can deliver.

The E suffix of the 2007 MY TT-R90E introduces solid convenience in riding this bike: electric starting, a much easier way to kick off the day at the track, and bringing this small-displacement machine closer to its bigger sisters. A bike tough as nails down toe every nut and bolt, the TT-R90E can take a lot of abuse form young riders, as they are honing in their skills.

The small 4-stroke single packs plenty of punch and is the natural step up from the entry-point 49cc rides. Add in the keyed ignition to prevent unwanted joyrides and multiple features derived form the top-drawer YZ family for exceptional performance, straight out of the box.