The engine was a air cooled single cylinder, four-stroke. A 74.0mm bore x 58.0mm stroke result in a displacement of just 249.0 cubic centimeters. Fuel was supplied via a single overhead cams (sohc).

The bike has a 5-speed transmission. Power was moderated via the multiple-disc wet. 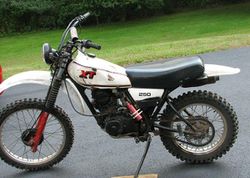 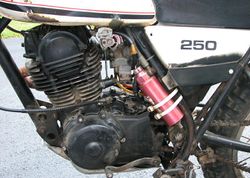 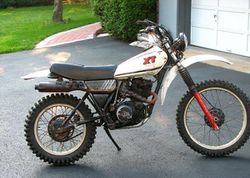 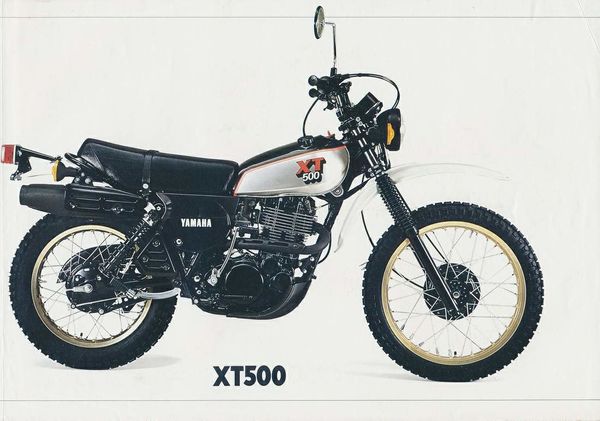 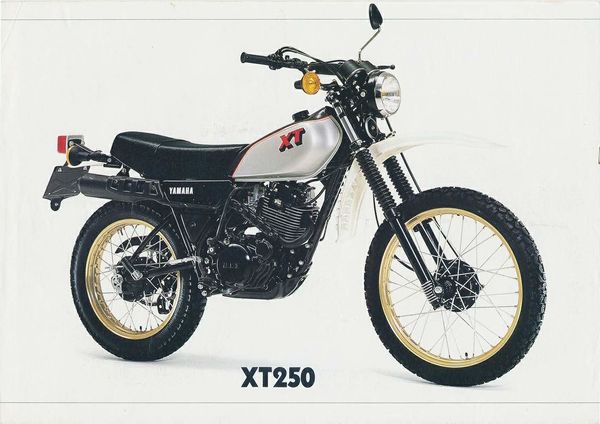 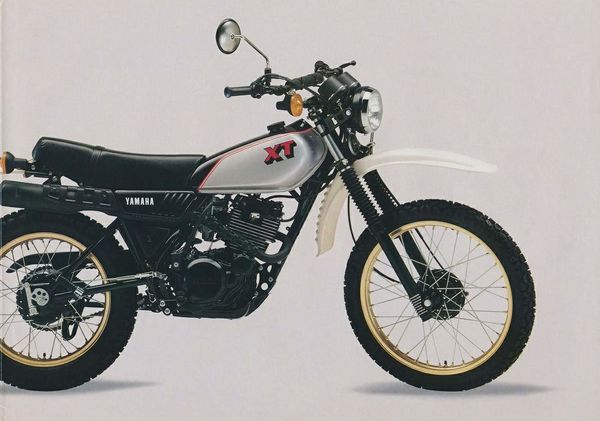 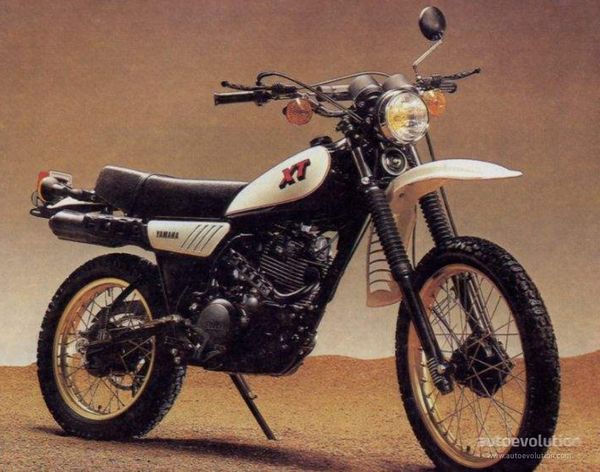 Introduced in 1980, the Yamaha XT 250 scored an immediate success with the public. Could one imagine a better combination than this modern four stroke, with a five-speed gearbox and an exceptional motorcross type chassis with rear cantilever suspension. This XT 250 is well equipped and quiet with a clean and discrete four stroke engine.

Yamaha powered the XT 250 with its four-cycle, 249 cc thumper. It kept the mill light and simple with air cooling instead of complicating things with a water jacket and radiator. A forged piston rides within a bore that comes plated for lowered skirt-to-cylinder friction and increased thermal transfer, and a single, over-head cam actuates the twin valves in the head. Bore and stroke measure out at 74 mm and 58 mm, respectively, for a significantly oversquare configuration.

The 2008 MY XT250 carries on the acclaimed heritage of a bike which can do pretty much anything, from urban commuting to longer trips, off-road fun, trail exploration and even light dirt racing. The XT250 gets a new 249cc air-cooled engine for 2008 with redesigned and upgraded components for better efficiency and less maintenance needed.

The frame is new, too, just like the exhaust system, while the Nissin brakes have also been revised for this model year. Road-legal and dirt-worthy, the 2008 MY XT250 is a great all-rounder bike with true dual-sport performance in mind and exceptional useability in a wide variety of scenarios. 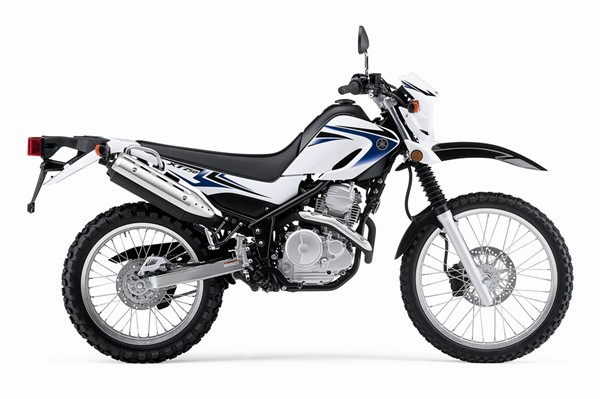 On paved roads or on the forest trails, the 2009 MY XT250 feels at home. A true dual-sport machine, this bike was engineered to provide you with a swift getaway for city slicing, while weekend adventures past the point where the asphalt ends are equally rewarding. Equipped with an all-new air-cooled 249cc 4-stroke engine, the XT250's 5-speed manual transmission provides a great balance of power and torque for urban commuting and single track fun.

Folding pegs, rubber boots on the clutch and brake levers, folding shifter and foot brake levers, they all speak of your next adventure, while the street-legal turn signals, front and tail lights make towing the bike a thing of the past.

The 2010 MY XT250 is yet another piece of Yamaha two-wheeled technology created to meet the needs of riders looking for a true 2-in-1 bike for both city and highway, both asphalt and dirt, both functional and fun. Ready to navigate the urban jungle and equally ready to explore the off-road trails, the XT250 packs punch and dual-sport character and will be a blast to ride for both young and seasoned riders.

Tough, light and economical, the 2010 MY XT250 arrives with tough wheels, long-travel suspensions, moderate on-off knobbies, great ground clearance and the nimble feel of a competition dirt bike. Add in electric start, excellent loading capability and premium Nissin brakes for this neat 4-stroke all-rounder, just to make it even better.

Looking for true all-rounder functionality with a no-nonsense approach to some more serious off-road? If a lightweight bike that's also street-legal is what you're after, then the 2011 MY XT250 is definitely one of the best bikes money can buy. Equally cool on dirt and asphalt, this 4-stroke air-cooled quarter-liter machine also offers a neat ground clearance and a fairly small seat height, while it suspensions, wire-spoked rims and and big, knobbie-shod wheels provide all the fun and dependability you might want from such a bike.

For 2012, the Yamaha XT250 sports the same features which have made so many riders love it: design and engine simplicity and great performance on both paved and unpaved roads. This bike will deliver its max power at 7500 rpm, while the top of the torque is already available at 6500 rpm.

The XT250 is the perfect choice if you're looking for a no-frills bike which can handle both commuting, asphalt and gravel, as well as long-range riding. Thanks to its large fuel tank, you'll be able to cover long distances before you need re-fueling.

The 2013 Yamaha XT250 comes with a lot of nifty new features, and the all-new fuel-injection system is probably the biggest innovation. The XT250 is now as popular as it was years ago, thanks to its user-friendly character, legendary Yamaha build quality and exceptional all-round performance.

The XT250 is the perfect choice if you;re looking for a no-frills bike which can handle both commuting, asphalt and gravel, as well as long-range riding. Thanks to its large fuel tank, you'll be able to cover long distances before you need re-fueling.

A convenient electric start, fuel injected engine, rugged build and solid maneuverability, the 2013 Yamaha XT250 has them all and is ready to hit both the trail and the roads. Equally usable around the city for commuting and for fun in the dirt, this small-displacement bike is loaded with tons of fun. Light, nimble and easy to master even by new riders, this bike is great as a first two-wheeler, while at the same time appealing to more seasoned riders, as well.

A wide-ratio 5-speed gearbox means plenty of low-rpm torque and lots of power in the upper range, while the engine mounted up in the frame provides with an exceptional ground clearance for off-road fun. Flex-mounted turn signals and retractable brake and shift pedals are also designed for better off-road safety, making the 2013 XT250 as nifty a dirt bike as it is agile in the city.

Light and nimble with a low seat height and Yamaha durability, the XT250 is the perfect traveling companion.