Power was moderated via the Wet, multiple disc. 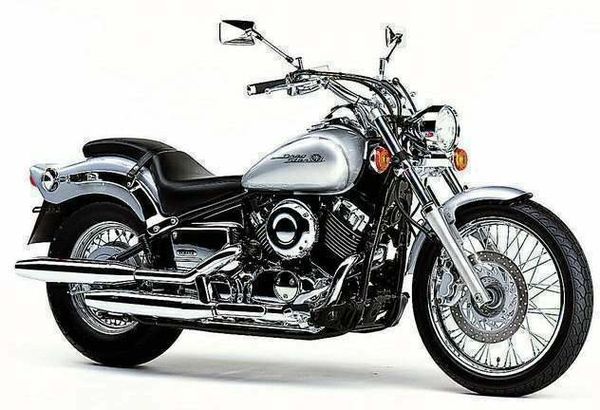 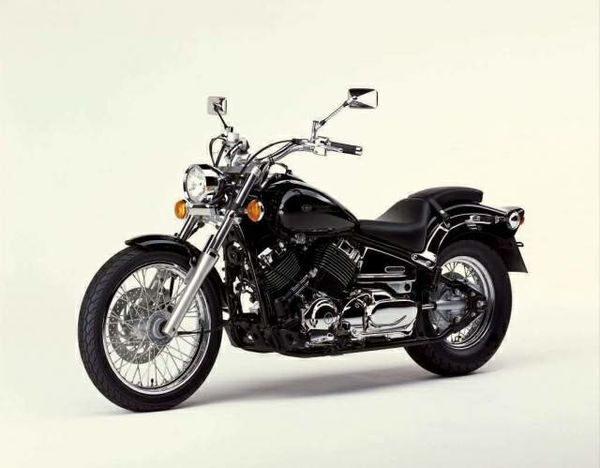 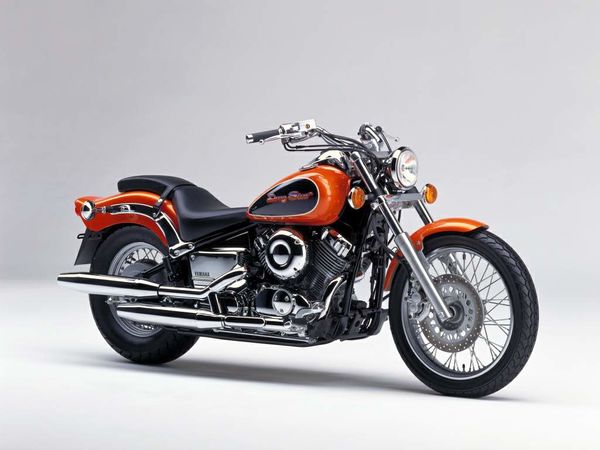 Yamaha has always had a strong presence in the middleweight cruiser market, and this 650 Drag Star, introduced in 1997, had to fill the classify chromed shoes of the firm's successful, long-running XV535 Virago. The Drag Star uses a larger-capacity version of the well-proven Virago 535 engine, but in a 'lowrider'-styled chassis. The imitation hardtail rear monoshock suspension and brushed fork shrouds, together with the tank-mounted speedometer and deep valanced mudguards, give the Drag Star typical cruiser good looks. Many parts are chrome-plated, including the exhaust, headlight and engine casings, and the wide, spoked rear-wheel looks suitably authentic.

The simple air-cooled engine uses a SOHC valve-train and two-valve cylinder heads, with twin Mikuni carburetors. Using a larger bore and stroke than the 535 donor engine, it drives through a wet clutch to a five-speed gearbox, and clean, low-maintenance shaft drive ensures trouble-free final drive. Performance is brisk enough for a medium-capacity cruiser. The willing engine's 30kW (40bhp) appears in a satisfyingly torquey manner, and the capable chassis performs well to the limits of its Ground Clearance. The single front brake disc with a two-piston sliding caliper looks underwhelming, but together with the strong rear drum brake provides excellent stopping ability.

The Drag Star is no performance machine, however, and is best kept for light summer cruises, although its economic performance and shaft drive make it a stylish alternative for commuting duties. The low-slung seat height of just 695mm (27in) is ideal for shorter riders, while wide pullback bars and forward foot controls make for a comfortable riding position. There is a massive choice of aftermarket accessories for the Drag Star, including chromed parts, cissy bars, screens and luggage.