Early production models were flawed with poor braking and carburetion glitches. Three slightly different models were produced: the European model, with dual front braking discs, the 1982 US model (RJ), with a single disc and the 1983 US model (RK), with dual discs and a fairing. The models also use different sparkplugs and front forks.

The engine was a liquid cooled v2, four-stroke. A 80.0mm bore x 55.0mm stroke result in a displacement of just 553.0 cubic centimeters. Fuel was supplied via a double overhead cams/twin cam (dohc). 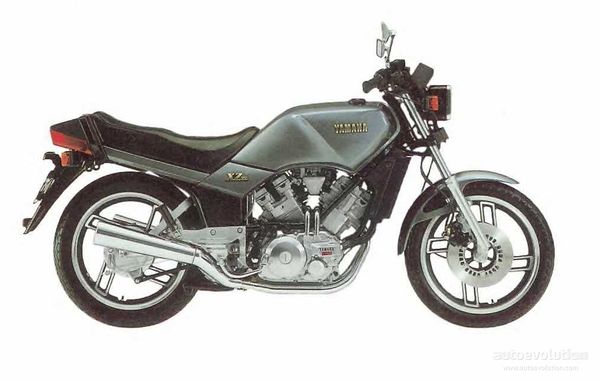