The Yamaha YBR 125 is a light motorcycle manufactured by the Yamaha Motor Company Ltd. of Japan. Most models are in the naked style of a standard motorcycle, though some have had some fairing.

It has a single cylinder, air cooled, four stroke engine, displacing 123.7cc. This Yamaha Motor Corporation engine is balanced to minimise vibration, is lean-burn to reduce harmful emissions, and has low noise output. A catalytic converter is built into the exhaust pipe. It is essentially the same engine as found in one of Yamaha's trail bike models (and there is, in fact, a production off-road version of this bike, little different from the road versions). It is a simple, reliable, low-maintenance, high-economy unit. (This engine is also used by Sherco in their CityCorp 125 motorcycle). It can develop a maximum of 12 horsepower at 8,000 revolutions per minute, and maximum torque of 11.6Nm at 6,500 rpm. It has electric start and CDI ignition.

The YBR 125 was originally introduced in South America in the year 2000. In that territory the motorcycle is manufactured and assembled in Brazil, for domestic sales and for export to Ecuador, Peru and Venezuela, Argentina, Italy and Turkey. It is also assembled in Mexico and Colombia. (About 80% of the South American YBR 125 is local Brazilian content. For instance, the headlamps and turn signals are manufactured by Federal Mogul's Diadema Brazil plant.)

Many of the YBR 125s imported into Europe (at a target rate of about 40,000 units per year) are manufactured in China, and are a model originally designed for the Chinese market, where it achieved notable success. It was introduced in China in 2003, and had sold 200,000 units by 2005. The design concept was for a "125cc commuter with the best balance of features to fit the Chinese traffic environment." The fact that the Yamaha bike became a hit product in China, out competing domestic designs, has been taken as an illustration of the threat posed by "the Japanese competitors’ strategy of marketing new types designed specifically for Chinese consumption."

The frame is a rigid tubular steel diamond-type by MBK Industrie (now a subsidiary of Yamaha). It has a long wheel base. This, coupled with the adjustable suspension and moderate front wheel rake, tends to produce a predicatable, stable and easy-steering ride.

The bike is extremely well styled for a motorcycle of its class, with a sculpted long seat, sculpted metal tank, cowling and side panels. The back of the bike is neat and tidy, with a fully integrated tail-light. The standard equipment, controls, mirrors, grips, fittings, etc. are of a noticeably high quality.

Other points worth mentioning are that the front brake is a disc type, the fuel system uses a Mikuni carburetor (models in some markets ship with an automatic altitude adjusting carburetor as standard), and in addition to the electric start there is also a primary kick start, with which the engine may be started in any gear.

This bike is already a business case study in China, and may become a world design classic.

The engine was a air cooled single cylinder, four-stroke. A 54.0mm bore x 54.0mm stroke result in a displacement of just 123.0 cubic centimeters. Fuel was supplied via a single overhead cams (sohc).

The bike has a 5-speed transmission. Power was moderated via the wet, multiple-disc coil spring. 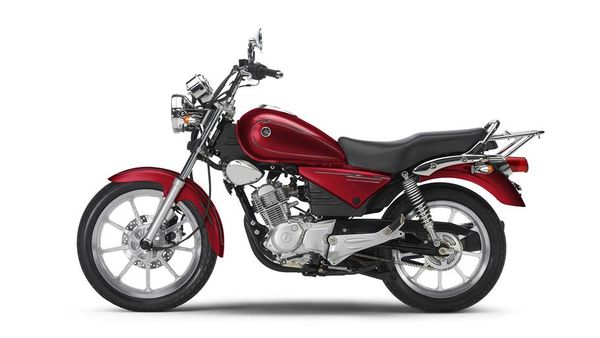 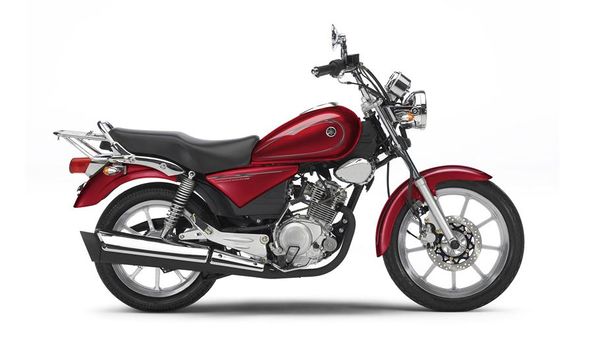 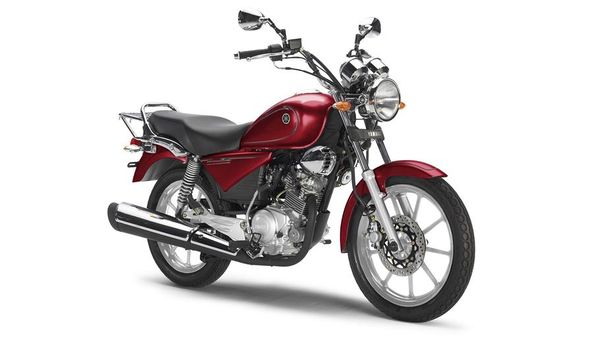 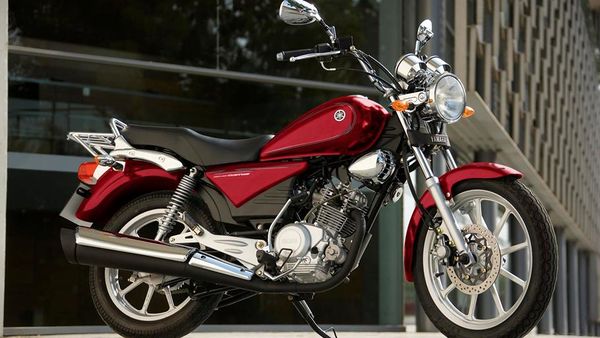 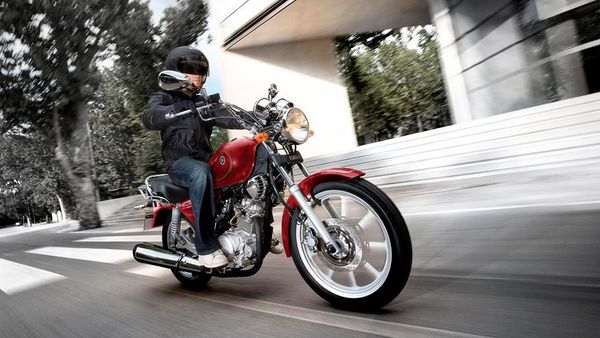 The 2012 Yamaha YBR125 Custom boasts elements you just don't meet in other bikes in such a small-displacement class, and makes a wonderful choice for those who want to stray a bit from the formal small bike design. The sporty YBR125 was transformed into a little chopper, receiving a teardrop tank and mini apehangers for a truly distinguished look.

Complete with valanced fenders and an oversize exhaust, the 2012 Yamaha YBR125 Custom also brings a low seat allowing smaller riders to easily reach the ground with their feet when stopped. And with plenty of chrome accents, this bike definitely offers better looks than any other 125cc-class out there. 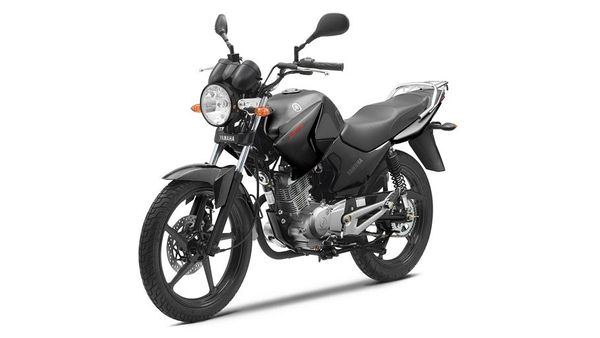 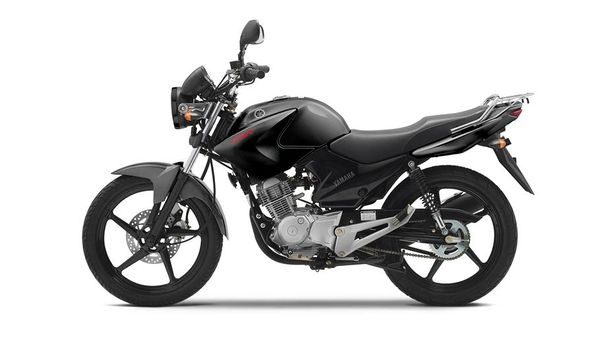 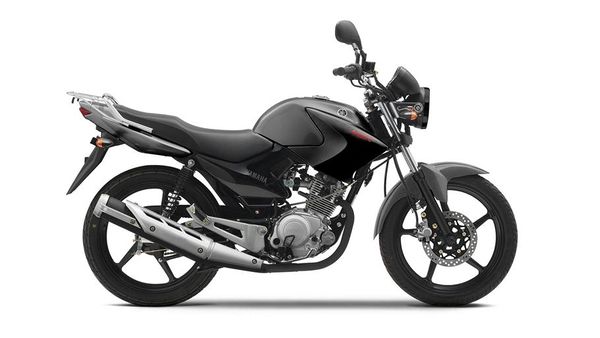 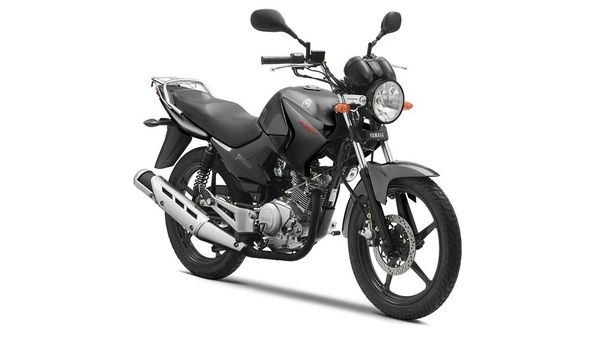 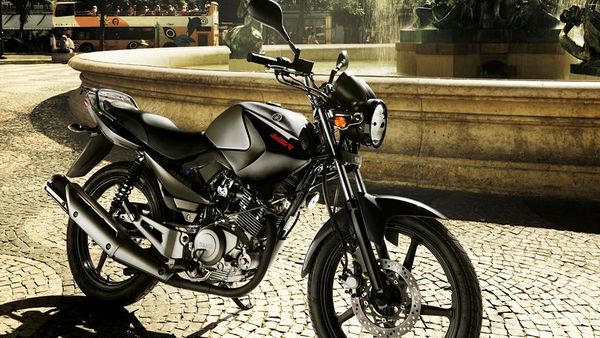 The 2012 Yamaha YBR125 is one of the bikes drivers could grow to hate: small and slender, with incredible capabilities to squeeze through stuck traffic at rush hours and will also get a holeshot start as the light goes green. The small-displacement engine may seem lazy, but the injected unit packs quite a punch for city rides, while the 4-stroke engine is smooth and easy to tame, making this bike a great and fun machine even for fresh riders.

The light diamond-shape frame is complemented by cast alloy 5-spoke wheels for a sporty look, and keeping weight to a minimum, while the side covers bring in a compact design which is truly appealing. The generous headlight is loaded high on the forks for exceptional visibility at night, and the simple and sporty dual-gauge instrumentation offers easily-readable data.