Power was moderated via the Multi-plate clutch in oil bath, mechanically operated.

It came with a 120/70 ZR17 front tire and a 180/55 ZR17 rear tire. Stopping was achieved via 2 x ∅320mm discs, 4 piston calipers in the front and a Single ∅265mm disc, 1 piston caliper in the rear. The front suspension was a ∅43mm Telescopic fork while the rear was equipped with a Cast aluminum double-sided swing arm, central, suspension strut, spring pre-tension by means of hand. The F800R Chris Pfeiffer Edition was fitted with a 16 Liters / 4.2 US gal fuel tank. The bike weighed just 177 kg / 390 lbs. 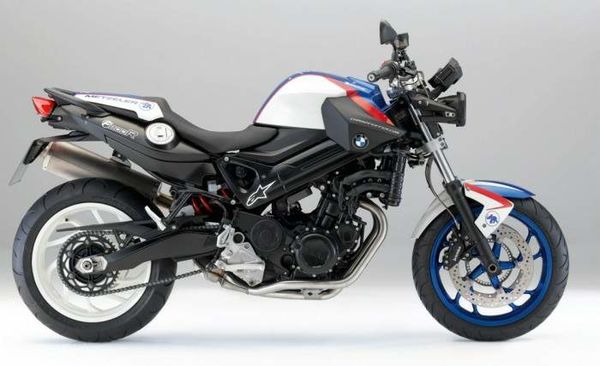 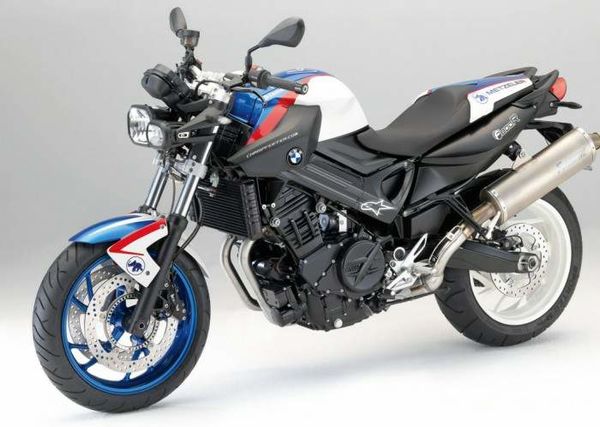 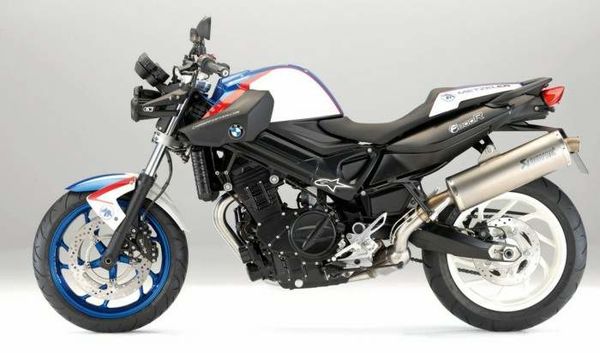 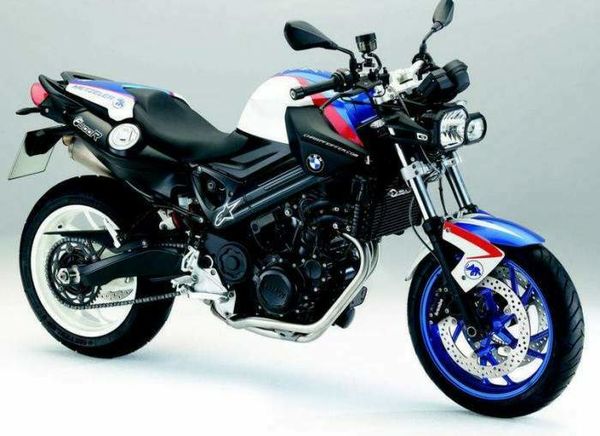 BMW have launched their limited edition (only 68 units will be built) Chris Pfeiffer replica F800R. Chris is a multi-time world and European stunt riding champ who uses BMW motorcycles for his stunts.

The Chris Pfeiffer replica F800R will come with a blue/white/red paintjob and a sticker kit which you fit yourself. The wheels are painted black (rear) and white (front), which is how it is on Pfeiffers own stunt bike. The headlamp mini fairing has been dropped for a stripped-out look, an Akrapovic street legal end-can is fitted as standard as indicators are LED items.

In the characteristic BMW Motorrad Motorsport colors of white, red and blue, the study makes a highly dynamic, distinguished visual impression. The raised chassis - typical of freestyle - is visually reflected in the black panel below the fuel tank trim. The sporty, slim appearance of the F 800 R study is further enhanced by the additional seat cover and the painted front protection plate. The autograph of Chris Pfeiffer on the fuel tank trip and the sponsor stickers also create pure motor racing feeling.

Hendrik von Kuenheim, Head of BMW Motorrad: We are considering this design of the F 800 R when bike is released.

Like its serial production sibling, the study is powered by the engine with the highest level of torque in its competitive class. The parallel twin provides a maximum torque of 86 Newton metres and a maximum output of 87 bhp. In conjunction with the low weight (177 kg dry / 199 kg road-ready) and suspension settings fine-tuned for perfect handling, the BMW Motorrad engineers have created an extremely ridable and easily controllable motorcycle which is ideal both for ambitious riders and for novices.