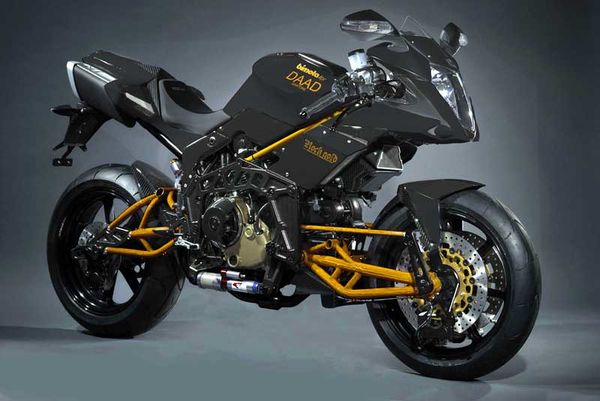 The Italian engineers from Bimota have joined forces with the Dantone brand from Milano and have launched together a limited edition of the Tesi, in the embodiment of the 2009 MY Bimota Tesi 3D Rock Gold. This machine shares its specs with the base 3D, but has visual touches that is sure to appeal to most Bimota fans, such as an all-black finish, with gold inserts and chrome swingarms, which make it, arguably, one of the best-looking machines in its class.